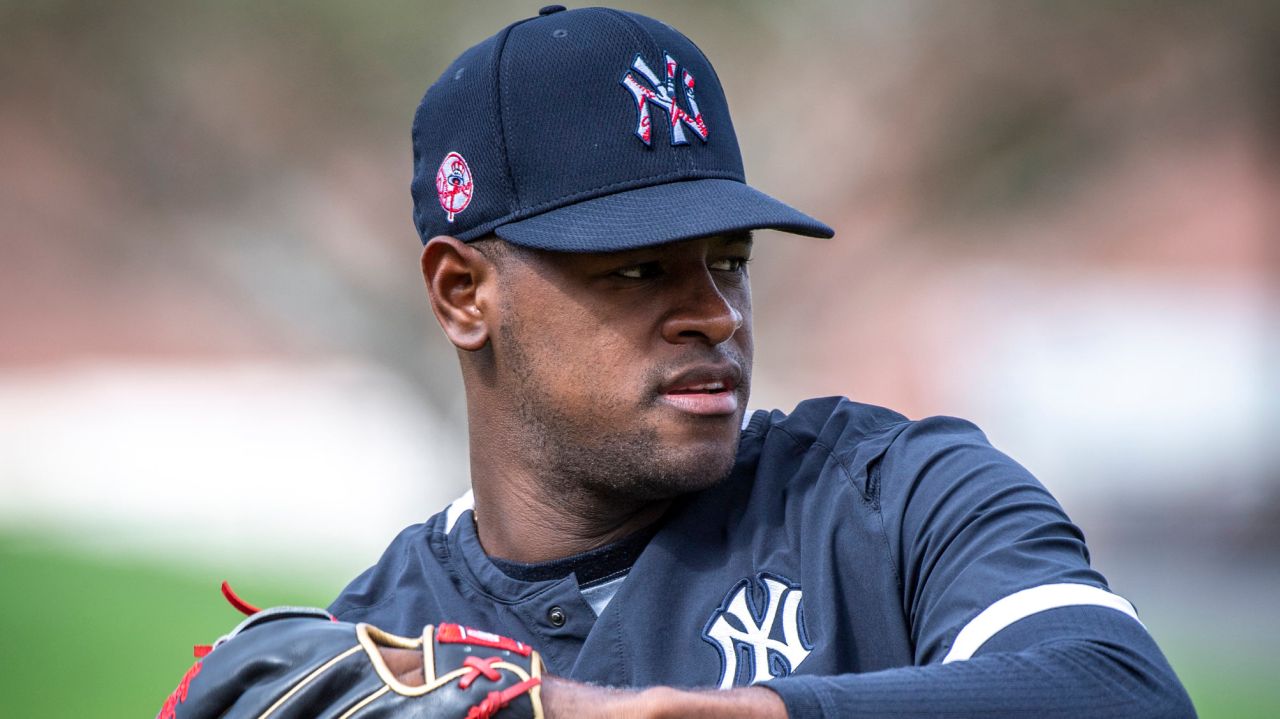 The New York Yankees don’t seem to hold any interest in the crop of remaining free agents in their search for a replacement, due to the loss of Luis Severino for the 2020 season. That’s quite the surprise considering that free agents include veteran players like Andrew Cashner, Clay Buchholz, and Jason Vargas. Instead, manager, Aaron Boone, and GM, Brian Cashman look as though they will be turning their attention to what they have in camp.

Speaking on the situation, Boone said that he didn’t want to sugar-coat the fact that it’s a blow that the team will be without Severino for the 2020 season. However, he went on to state that it won’t “change our expectations and what we’re truly capable of”.

So, what route will the Yankees take to fill in the gap left by Severino for the season? Well, there are several options available to the team, so let’s take a look at some of them.

Deivi Garcia is probably rated as the team’s number one prospect for the position. He went from a Class A Advanced Tampa to Triple-A Scranton/Wilkes-Barre last year. This saw him post a 4.28 ERA in 26 games at three levels. He also struck out 165 batters in 111 1/3 innings last season, although the Yankees do have the stance that he would benefit from more reps in the Minors. He won’t celebrate his 21st birthday until May of this year.

A potential better course of action would be to utilize Michael King. He’s the 11th lowest amongst Minor Leaguers with at least 350 innings since 2016 to his name. King is also touted as possessing the best command in the system, and he made his big debut last September following the first four months of the season being missed out on due to a stress reaction in his right elbow.

Additional Options for the Yankees

Something alternative that could happen, is for the Yankees to select Jonathan Loaisiga instead. He was plagued by injuries that led to him being released from the Giants in 2015, and the Yankees snapped him up. He’s shown some intriguing glimpses of a tantalizing ceiling, although he does have a certain irksome ability to end up on the injured list. Bets probably won’t be high on Loasiga, although the Yankees could throw in a curveball with him. Speaking of sports betting, you could take a look at this Betwinner review to find out how to participate in this where the MLB is concerned. There are plenty of other sports to wager on at the site, too.

Perhaps the team will turn their attention to Clarke Schmidt as an alternative, too. He’s considered to have the best four-pitch mix with fastballs, curveballs, sliders and changeups, amongst the Yanks farmhands. He’s ranked as the number five prospect at the moment. He returned from Tommy John surgery last June, which is precisely what Severino is to undergo himself. Potentially, he could display everything that’s possible after such surgery.

Other prospects for the Yankees include the local guy in Nick Tropeano, who has a 113 ERA+ in 13 starts for the Angels in 2016, Chad Bettis, who turns 31 in April and is ninth among Major League relievers, and Chad Green, who has 32 strikeouts in 15 regular-season opening assignments to his name.