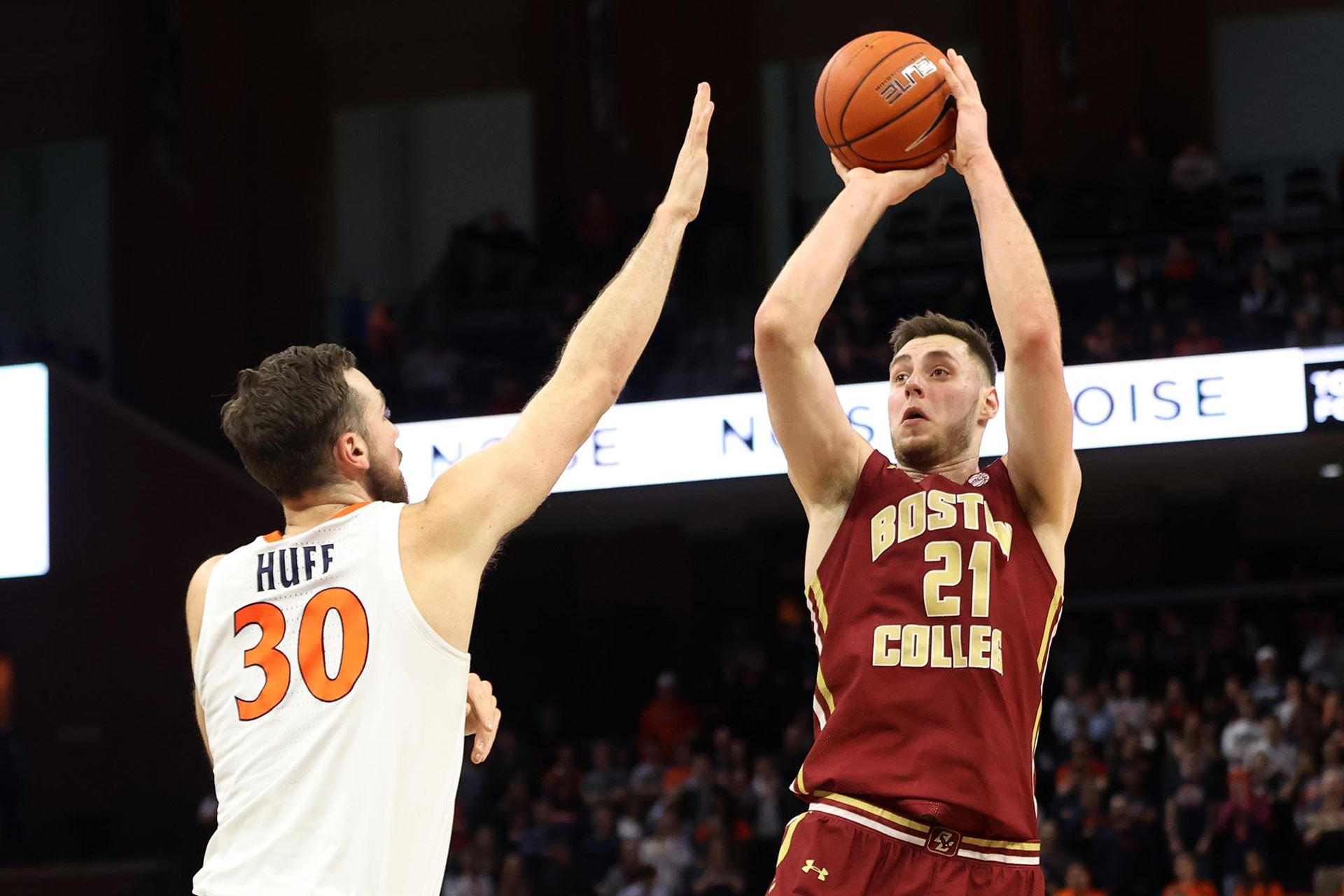 CHARLOTTESVILLE, Va. — Nik Popovic scored a game-high 22 points and Jay Heath added 18 but it was not enough as Virginia picked up a 78-65 win over the Eagles at John Paul Jones Arena.

Both teams shot the ball well early on, with UVA connecting on 5-of-8 and BC 4-of-8 through close to the first six minutes.  The Eagles trailed 20-19 with 7:41 left in the half, thanks to two 3-pointers from Jay Heath.  Virginia would close the half on a 14-4 push over the final seven minutes of the half, taking a 35-23 lead into the locker room at the break.

Jairus Hamilton scored nine of his 11 points in the second half.