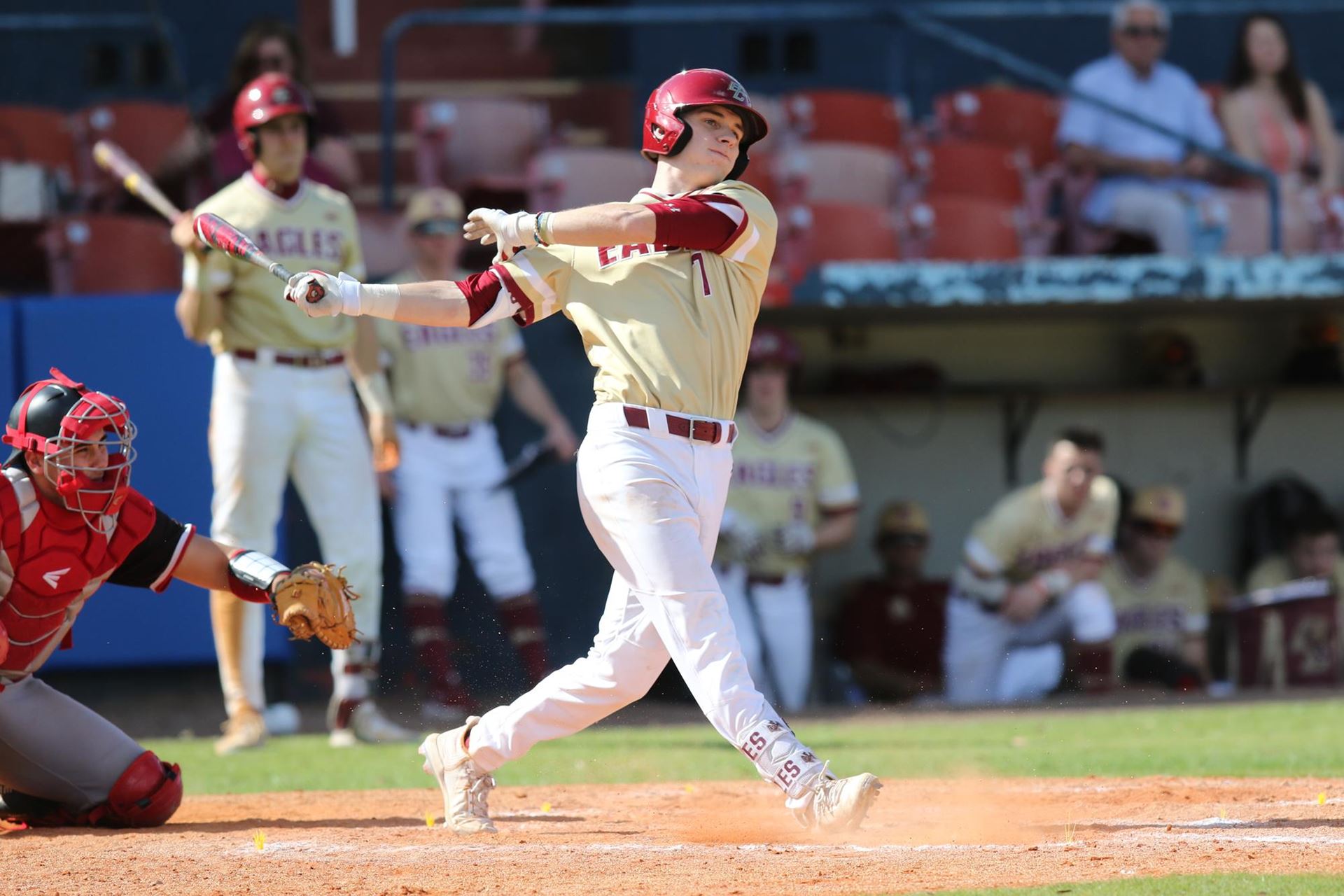 WINTER HAVEN, Fla. – After taking a 1-0 lead in the bottom of the first, the Boston College baseball team surrendered runs in each of the next six innings in a 12-3 loss in the series finale against Northern Illinois at Chain of Lakes Park. The loss dropped the Eagles to 3-1, while the Huskies picked up their first win at 1-3.

Sophomore right-hander Emmet Sheehan (Darien, Conn.) lasted just 2.2 innings and tossed 77 pitches in the start. NIU loaded the bases against him in all three innings but plated just five runs on five hits and six walks. Sheehan (0-1) also struck out a pair.

Lefty Erik Hedmark (1-0) was dominant in a six-inning start as he led the Huskies to victory. He gave up just two runs, both on outs, on six hits and two walks with four strikeouts. First baseman Jordan Larson powered the NIU lineup with a 4-for-4 day while scoring four runs and driving in two.

Senior left fielder Joe Suozzi (Glen Cove, N.Y.) drove in each of the Eagles’ runs. He was 1-for-2 as his hit streak hit eight games. Senior shortstop Brian Dempsey (Potomac, Md.) added a 2-for-3 day with a double and a run.

The game ended after the eighth inning due to a travel curfew.

·       Dempsey notched his second multi-hit game of the season and 41st of his career.

·       Suozzi recorded his seventh career multi-RBI game; driving in BC’s first two runs with a groundout and a sacrifice fly.

·       Suozzi extended his career-best hit streak to eight games with a sixth-inning single.

·       Senior catcher Jake Goodreau (Southwick, Mass.) got his first at-bat since 2018 after missing the entire 2019 season due to thyroid cancer.

The Eagles are back on the road next weekend to face Arizona State, who entered the season ranked in the top-5 of all major polls.