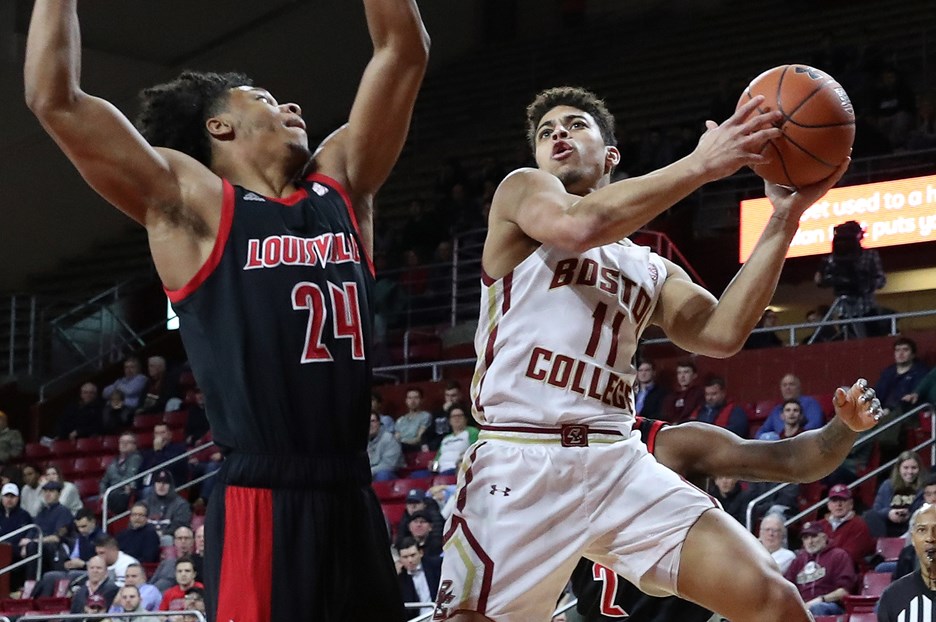 Starting with a Jairus Hamilton jumper to open the game, BC came out of the gates firing.  The Eagles made their first three field goal attempts and 6-of-9 to take a 16-13 lead five and a half minutes into the contest.