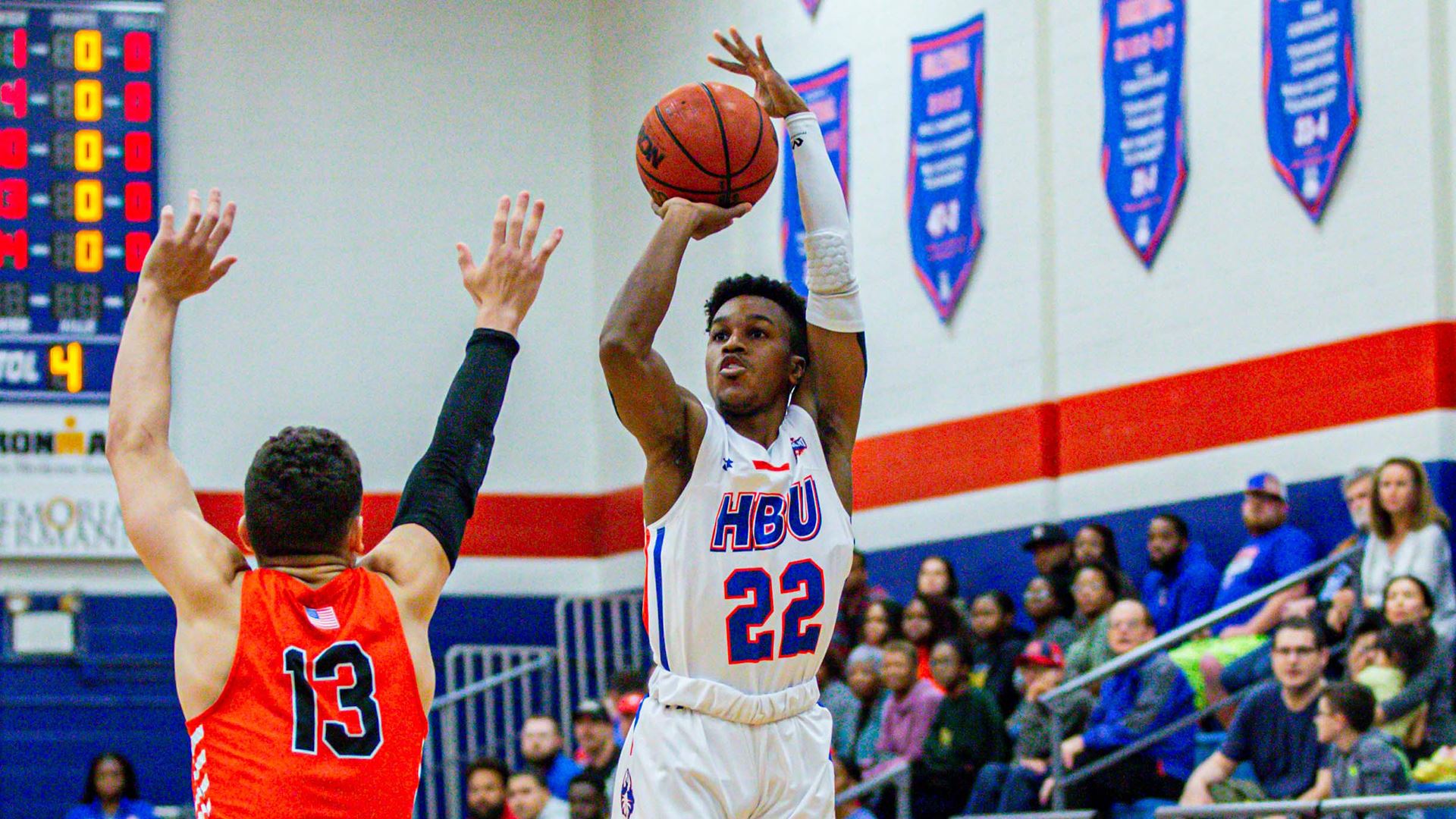 In a season gone bad, things looked like they might get better for one night for the HBU men’s basketball team. Playing in rhythm and moving the ball early, they jumped out to a 9-2 lead. With just over 13 minutes left in the half, the lead would get back to seven and a nice crowd at Sharp Gym felt good.

Just like that, Incarnate Word would go on a 9-1 run to take the lead at 18-17. Cardinal big man, Vincent Mszkiewwicz and his size gave the Huskies trouble and he was able to get six points and three rebounds in the first eight minutes of the first half. The two teams would go back and forth and we would see a number of lead changes.

With all that has happened in this season, the game, at this point looked like it might go the Huskies way. They were moving the ball well and appeared to be in sync. On the other side of the ball, UIW was pressing and making bad passes and choices. But that is why they play the game and it has to be played till its completion.

A timeout at 7:23 saw HBU back in front 27-23 on the strength of some good play by forward Jason Thompson (fist start of his career), and the team’s leading scorer, Ian DuBose. HBU big man, Benjamin Uloko was also establishing position in the blocks to get six points. Then DuBose started to heat up as the half wound down scoring nine points in the final four minutes to finish the half with 15 points. The teams went into the locker room with HBU up by four, 42-38.

Even though the lead was just four points, HBU had played one the best halves of basketball it had all year long. They were moving the ball and playing with the confidence they really needed if they wanted to win the second half and the game. But that is the problem that has haunted this basketball team all year long. They have lacked that killer instinct and ability to close out games like this.

The second half began with the teams trading baskets and HBU going back up seven points, 48-41. UIW guard, Keaston Willis was killing HBU with is penetration and shot selection for 15 points by the 15:50 mark. He got help from fellow guard Drew Lutz.

Then, it started happening. A game that saw HBU have control for most of the game was about to fall apart at the seams. Thompson made one of two free throws to make it 65-64 HBU, but that would be the last lead of the night for the Huskies.

Quite for most of the first half, Cardinals guard, Des Balentine went to work. He would use dribble penetration to find his way to the basket time and time again. If it wasn’t a short jumper, it was a dribble-drive to the basket. So with 7:28 left in the game, it was 69-67 UIW.

The Huskies would trade baskets with UIW and with 3:57 left the Cardinals lead was two at 76-74. A key moment of the game was when Myles Pierre drove the lane with a chance to cut the lead to one, but he missed an easy layup. Qon Murphy then missed a free throw and the air began to come out of the Huskies balloon.

The 84-82 loss extended their current losing streak to seven games. They will look to get a desperately needed win Saturday at home against Texas A&M-Corpus Christi.

Jalen Gates recorded the 1,000th point of his career and finished with 12 points on the night.

Ian DuBose and Jason Thompson led the way with 19 points each. DuBose added eight rebounds and Thompson had seven.