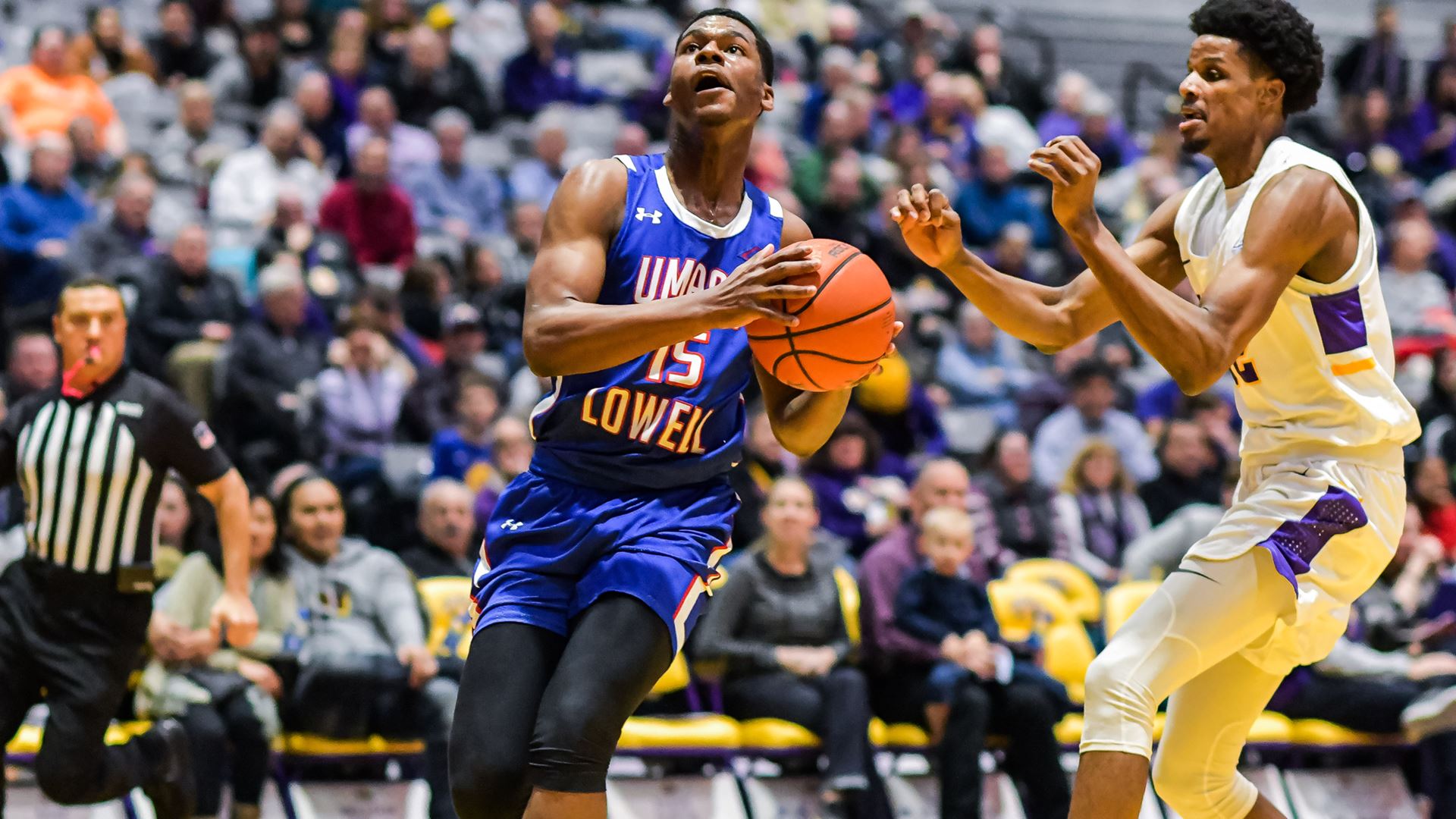 “I’d like to give Albany a lot of credit,” said Head Coach Pat Duquette. “I thought that was a really good basketball team. They shot the ball incredibly well and won the game outright. I think we did some things to make it worse, but they weren’t letting us get back in it. I think it’s time for us to regroup a little bit. I’m more interested in seeing how we react to this loss than I am the score.”

Lutete was joined in double figures by junior Obadiah Noel (Frederick, Md.), who chipped in with 19 points, and freshman Connor Withers (Manassas, Va.), who added 10. Withers also led the team on the boards with eight rebounds. Sophomore Allin Blunt matched a career-best with four assists in the outing, while freshman Kalil Thomas (New Orleans, La.) tied a season-high with two steals.

Although Noel hit a pair of threes in the opening minutes, the Great Danes built a two-possession margin twice before Withers sparked an 8-0 run to put the River Hawks in front, 20-16, with 11:05 remaining in the first half.

UAlbany responded with a 9-2 spurt of its own to regain the upper hand, but back-to-back buckets from Lutete knotted the score, 27-27, at 6:37. However, the home team quickly broke the stalemate, using a 13-2 run to take the first double-digit margin of the night at 40-29 with 2:21 to play in the first. Withers would score the River Hawks’ final four points of the period, though, cutting the difference to 42-33 at the break.

Withers and classmate Ron Mitchell (Philadelphia, Pa.) combined for the first five points of the second half to make it just a four-point game. The teams then traded baskets before UAlbany pulled away with a 20-3 run, stretching the margin to 71-46 with 9:43 still to play.

Blunt found graduate student Josh Gantz (Grove City, Ohio) under the hoop to snap almost seven minutes without a field goal for the River Hawks. Lutete and Thomas would then contribute seven straight points to make the score 82-59 at 5:54, but the visitors were unable to come any closer in the final minutes.

UAlbany now leads the all-time series 12-10. The UMass Lowell River Hawks will wrap up their three-game road swing at Vermont on Saturday, Jan. 22 at 7 p.m.