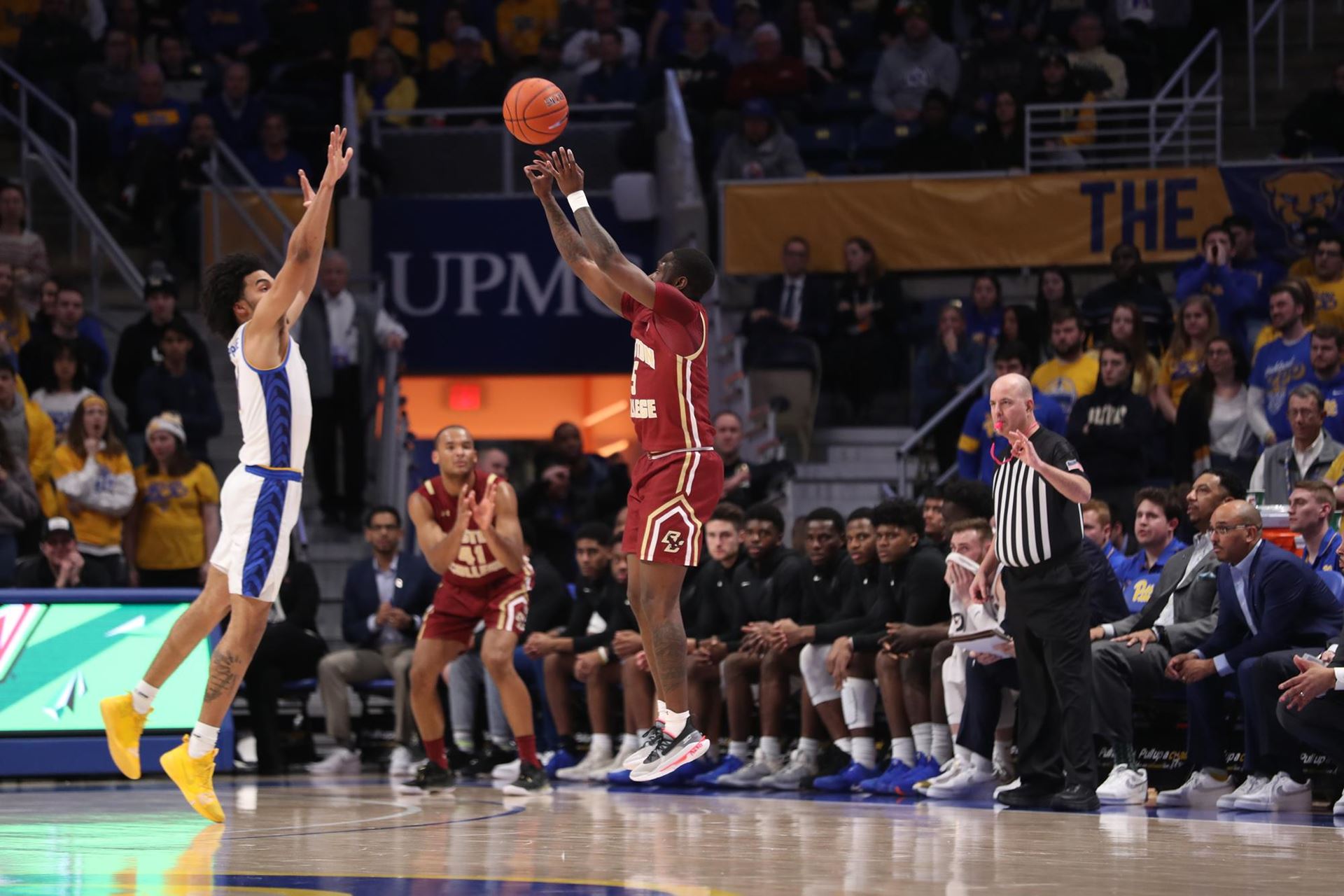 PITTSBURGH, Pa. — Boston College’s late rally came up short, dropping a 74-72 decision at Pitt.  The loss is the fourth straight for the BC Eagles.

BC trailed 65-55 with 4:22 remaining before starting a 13-6 push over the next three-plus minutes.  A Steffon Mitchell jumper with 1:07 remaining made it a three-point game – 71-68.  The Eagles’ pressure forced two turnovers with 31 seconds remaining.  Derryck Thornton’s swipe and a layup with 27 ticks left and Jairus Hamilton’s interception of the ensuing inbounds pass led to the game-tying layup by Thornton with 12 seconds to go.

Pitt would break the pressure on the next inbounds play, as Ryan Murphy drilled the game-winner with just under four seconds to play.

BC made 3-of-4 shots to start the game, taking a 7-5 lead at the first media break.  Mitchell had five of the seven points, while Nik Popovic returned to the floor after a nine-game absence to connect on his first FG attempt.

After BC went without a field goal for close to four minutes, Rishwain connected from long-range again, to give BC a 31-19 lead with 3:59 to go in the period.  The Eagles led by as many as 14 – 33-19 – before Pittsburgh closed the half with nine unanswered, cutting into the Eagles’ lead at the break – 33-28.