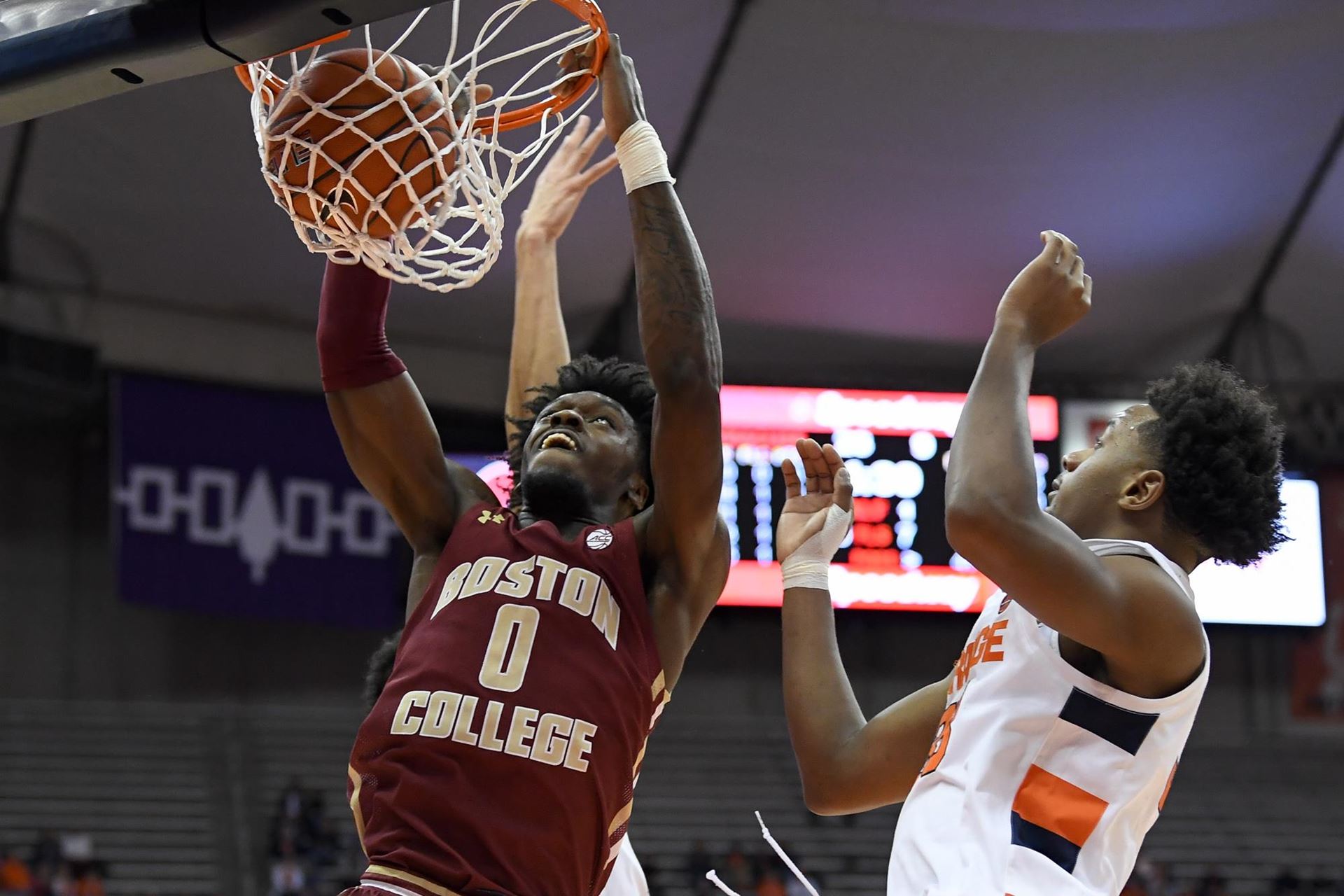 SYRACUSE, N.Y. — For the second straight game, the Boston College Eagles struggled offensively as it dropped a 76-50 decision versus Syracuse at the Carrier Dome on Wednesday night.

The Eagles went without a field goal for the first eight minutes of the game, before Steffon Mitchell’s elbow jumper fell.  But BC only trailed 6-3 with 11:22 left in the opening period.

The Orange began to heat up, as Buddy Boeheim scored seven unanswered points, as Syracuse would lead 18-7 with 6:55 to go in the period.  The Cuse would outscore the Eagles, 20-6, to close the half and BC trailed, 38-13 at the break.

The Eagles would miss their first 18 attempts from the perimeter before Julian Rishwain connected from deep with 13:40 to play.  BC shot better from the floor over the final 20 minutes, making 15-of-34 – including 6-of-16 from beyond the arc – but it was not enough to dig out of the first half hole.