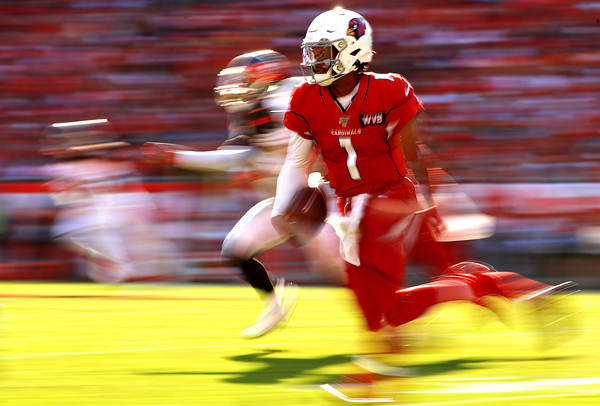 1. Kyler Murray-Quarterback- Arizona Cardinals The depleted Browns defense still looks shaky. Injuries and the Myles Garrett suspension continue to take a toll. Fantasy owners can take advantage of that this week by starting Murray since he typically throws for 300 or more yards anyway.

2. Derrick Henry- Running Back- Tennessee Titans- Henry is dealing with an injury but he continues to put up monster numbers. Henry is one of the most consistent running backs this year. There is no need to change it up if he’s on your roster. The Titans have an important division game against the Texans with playoff hopes on the line. Expect a phenomenal game from Henry today.

3. Jarvis Landry- Wide Receiver- Cleveland Browns- Landry is Baker Mayfield’s go to target. Beckham should be doing more but Landry is taking over. Expect Mayfield and Landry to be on the same page against the Cardinals.

1. Joe Mixon- Running Back- Cincinnati Bengals- I can hear the groaning and the “you’re dumb” comments already. However, Mixon is going against the Patriots 4th ranked run defense which means he may not be a stat sheet stuffer today.

2. John Brown- Wide Receiver- Buffalo Bills- Brown isn’t getting many receptions and he goes against the elite Pittsburgh Steelers pass defense. It is not a good idea to start him right now especially since the owners require great performances from receivers in the fantasy football playoffs.

3. Josh Allen- Quarterback- Buffalo Bills- This is another one of those: don’t start the offensive player against the great pass defense scenarios. Owners should avoid starting Allen today because it will be way too difficult for the Bills to generate points in their game against Pittsburgh.

Devlin Hodges- Quarterback- Pittsburgh Steelers- Hodges may seem like a game manager quarterback with limited offensive weapons but he is making great decisions. He avoids throwing interceptions and there is always the potential for him to throw over 200 yards. He faces the tough Bills defense but he could still have a big game.

Come back next week for more fantasy football from NGSC Sports.