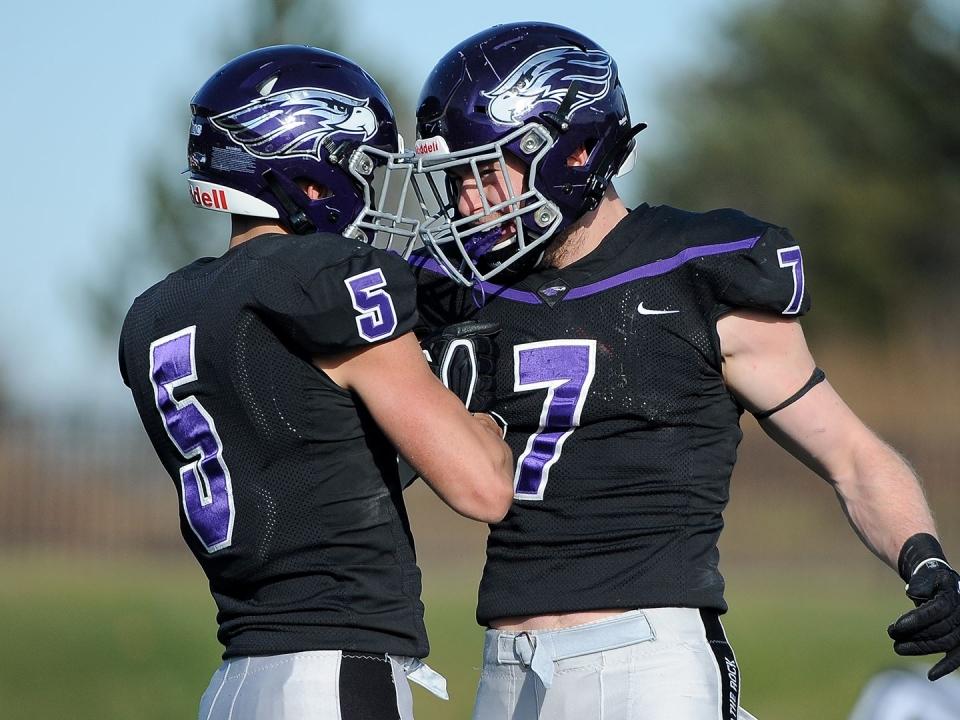 One of the things you hear a lot in football is “that’s why they play the game.” Anything can happen on any given day and sometimes, even the best of the best goes down in a blaze of glory. That is what took place last Saturday when #7 Wisconsin-Whitewater took down the defending national champion, #2 Mary Hardin-Baylor in an NCAA Football quarter-final.

UMHB has played in the last three title games winning two of them against perennial D III power Mount Union. The loss snapped a 27-game winning streak for the Crusaders.

The Warhawks played what most considered their best game of the year. They dominated time of possession holding the ball for over 42 minutes and amassing 239 yards rushing. The had 358 yards of offense on the day.

They were led by Sr. running back, Jarrod Ware and his 110 yards on 14 carries. He added two touchdowns on the ground and was helped by his running mate, Alex Peete’s 76 yards.

But the story in this game was not the Warhawks offense. It was a defensive masterpiece that saw them hold the Crusaders to 140 total yards, forced three turnovers, allowing just 11 first downs, and a time of possession of only 17:15.

UMHB QB, Jase Hammack was under pressure and hit all game long. He would finish 16-28 for 143 passing and ran the ball five times for -40 yards. The only drive of meaning the Crusaders had was a 10-play drive that ended up in a fumble.

In the meantime, UW-Whitewater was able to put together meaningful drives when they needed them. A 17-play, 79-yard drive took 10:46 off the clock on their first possession. That would end in a field goal to make it 3-0 Warhawks. A 12-play 64-yard drive that took 7:58 ended in a two-yard touchdown by Ware to make it 10-0 and the Warhawks never looked back.

They will face St. John’s tomorrow for the right to play in the Stagg Bowl, the NCAA D 3 National Championship game in Shenandoah TX next Friday night. NGSC Sports will be in the house for that one, so stay tuned for a recap of the game.