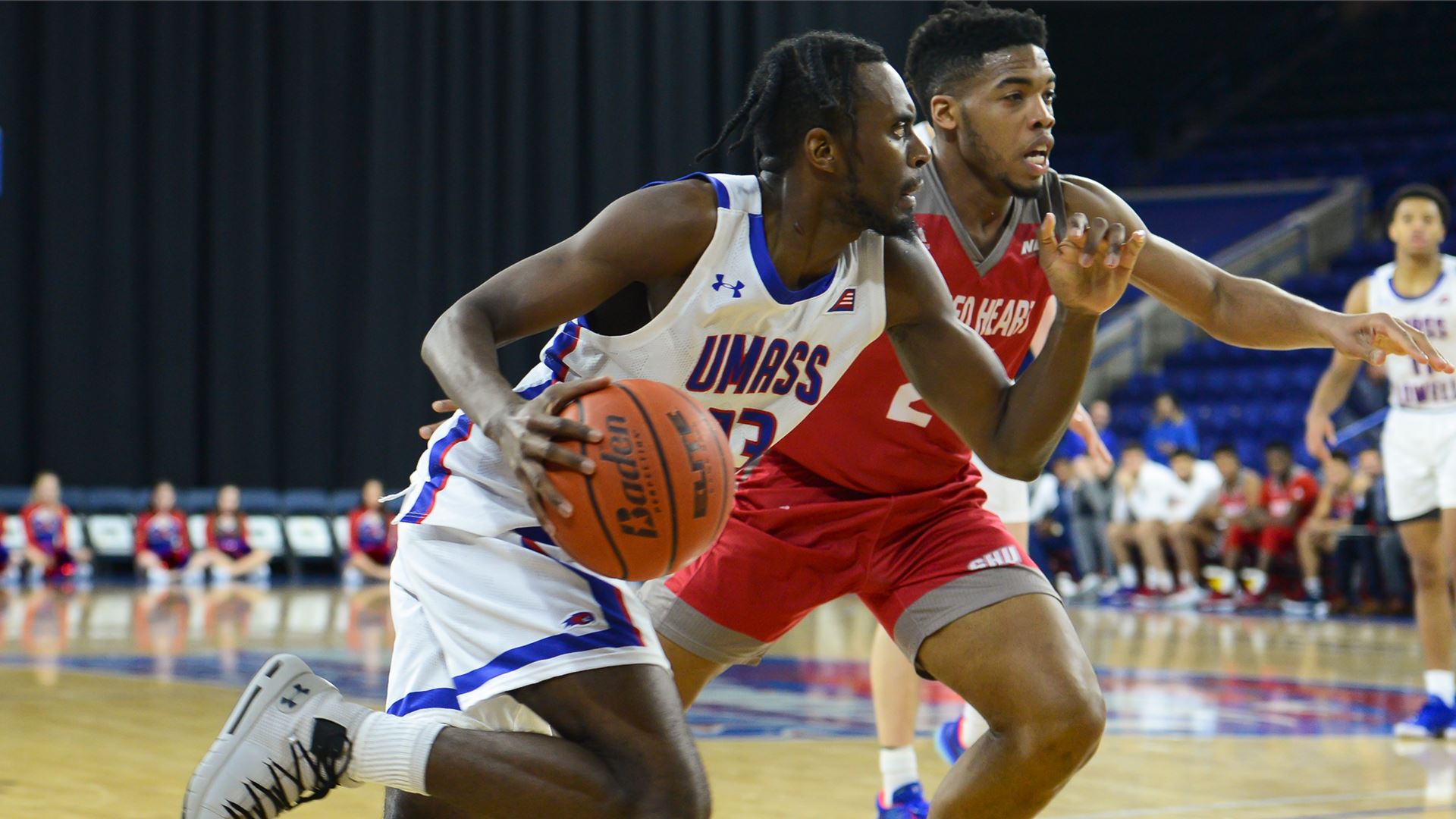 On a night when River Hawks Graduate Senior Christian Lutete scores his 1,000th point, the UMass Lowell basketball team could not make enough winning plays down the stretch to come away with the victory. Sacred Heart (5-4) defeated The River Hawks (4-6) 89-86. This was a game in which both teams took care of the basketball (Lowell 10 turnovers Pioneers 9) and both teams would shoot at or near 50% for the game. Sacred Heart had all five starters in double-figures, while the River Hawks had four of their five starters do the same. Wednesday night’s battle came down to, as head coach Pat Duquette would say afterward “defense and missed free throws. Sacred Heart made them, we did not.”

With ten minutes left in the game, things seemed to be in good hands for the River Hawks. They had an eight-point advantage thanks to a bucket from Obadiah Noel. He was named America East Player of the Week (21 points). It gave UMass Lowell a 73-68 lead. Sacred Heart went on a 7-4 run to cut the River Hawks lead to five at 77-72 with 7:50 to play. Cameron Parker had three of those points and he finished with a double-double of 13 points and 12 assists. It was his third double-double of the season. The River Hawks increased the lead back to six twice, the first time on a Jordyn Owens shot (9 points, 7 assists. 4 big turnovers), then on a Lutete layup (23 points, 9 boards). With 6:40 left in the game, UMass Lowell was up 82-76.

The Pioneers responded with an 8-0 run to take the lead at 84-82. E.J. Anosike, (21 points, 8 rebounds), Jare’l Spellman (18 points, 8 rebounds), and Parker all contributed to the run that would tie the game. For the night, there were 10 lead changes and six ties. Parker’s basket with 3:05 left in the game gave his team a lead they would not give back. Sacred Heart helped themselves at the foul line making six straight in the final 25 seconds to put the game away. For the night, the Pioneers were 18-for-22 at the line, while the River Hawks were 14-for-21.

There were two areas that UMass Lowell had problems with. They were points in the paint, the first was the River Hawks gave up 48. Afterward, the coach said, “their size was a problem for us especially in the first half”. Sacred Heart scored 24 points in the paint in the first half. The second was fast break points where the Pioneers had a 22-11 advantage. They were able to get out and run. Still, with all that said, UMass Lowell had the lead at the half at 49-47, and for the game had the lead for over twenty-five minutes. Those plays that were not made in the last ten minutes came back to haunt them.

Lutete’s thousandth point came on a basket in the paint with 17:07 left in the game. At the time it gave his team an eleven point advantage at 62-51. It would also mark the largest lead of the night for the River Hawks. After the game, he said nothing about reaching the milestone. Instead, he talked about “the process of getting better, growing and being on the right track.” UMass Lowell got 14 and 6 from Connor Withers, and 11 points but only one board from senior Josh Gantz.

The Pioneers received 17 from Koreem Ozier and 10 from Kinnon LaRose. Both teams will be back in action on Saturday. For the River Hawks, they will end their eight-game homestand with an afternoon game vs St. Francis Brooklyn, while Sacred Heart is on the road at Hartford.