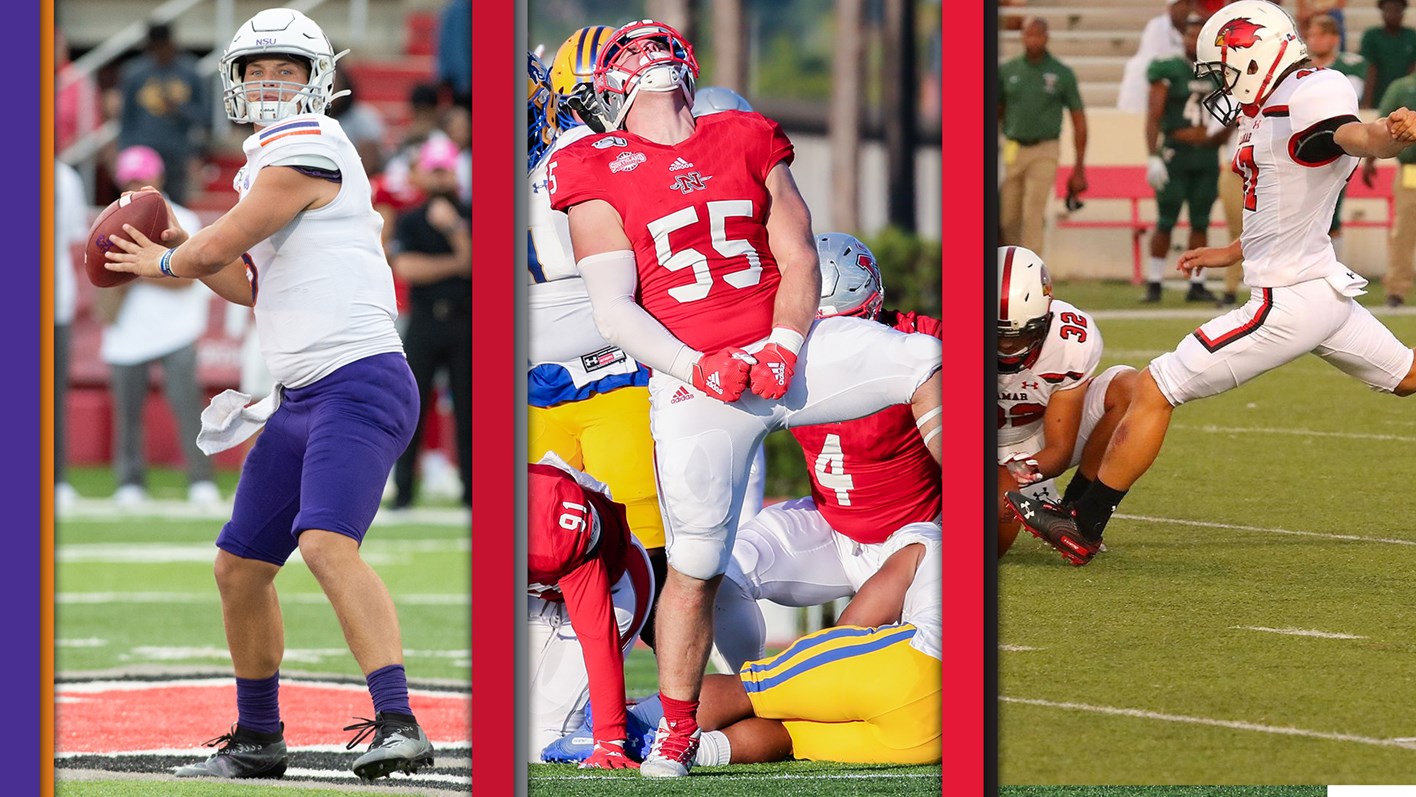 As the season winds down in the Southland, teams are still playing for the right to call themselves conference champion. We still have three teams tied at the top of the standings. So let’s take a read and see what happened this past week in the league.

Northwestern St. (3-5, 3-8) is not one of those teams in the hunt, but their Sr. QB, Shelton Eppler sure is finishing his career strong. On Saturday, his team was trailing 28-24 in the fourth quarter to Sam Houston St. (6-5, 5-3). He put his stamp on his career with a five-yard rushing touchdown for the winning score. It was the first rushing touchdown of his career and with 306 yards through the air, he put up his fifth 300-yard game of the season and became the first 3,000-yard passer in school history. He is also the single-season holder for total offense with 3,309 yards and has now set 14 school records. The performance earned him Offensive Player of the Week honors. It was a huge loss for the Bearkats that took them out of a chance to be in a tie atop the standings.

The leaders at the top of the standings, Central Arkansas (6-2, 8-3), Southeast La. (6-2, 7-3), and Nicholls (6-2, 7-4) all cruised to victories. Nicholls DL, Sully Laiche, was the Defensive Player of the Week with his seven total tackles, five solo, and two sacks. He has been a terror over the last four weeks with 29 tackles, 12 for loss, seven sacks and two forced fumbles. His 35.5 sacks make him the active FCS leader and rank fourth in Southland Conference history.

Stay tuned for more from the Southland Conference next week right here on NGSC Sports where we never stop.