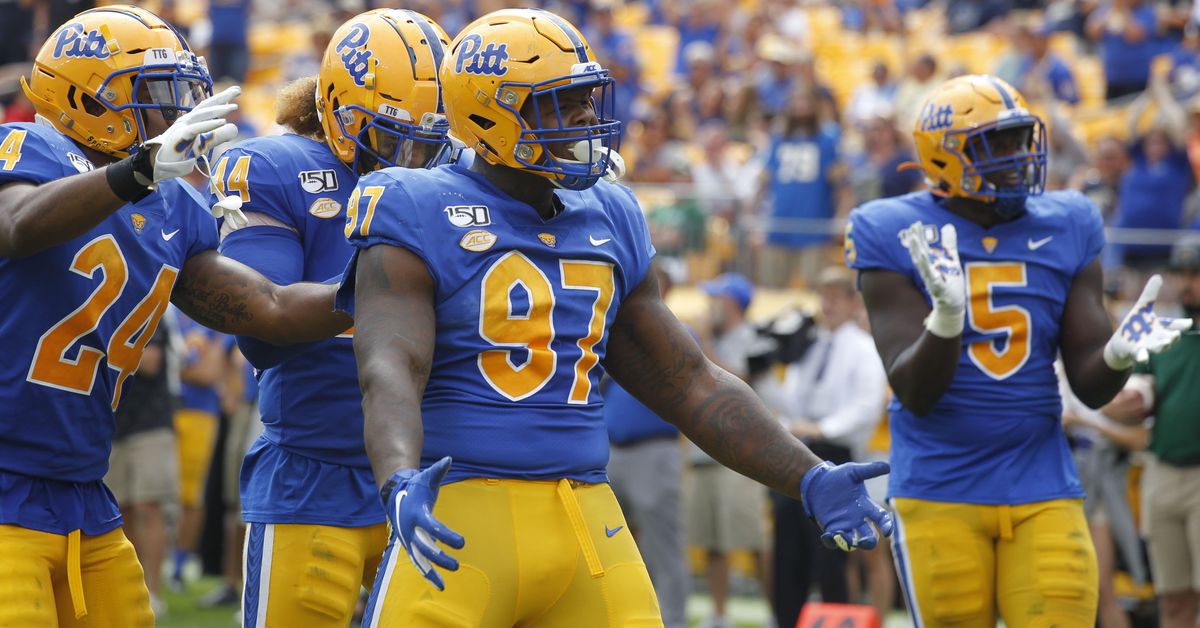 Welcome to the most comprehensive Pitt Panthers Game Day Preview on the internet! This is your one-stop shop for everything you need to know about Pitt and their upcoming opponent! Mike Drakulich (@SportsNationPGH) brings you inside the huddle for both teams, providing all fans with a Game Story, Pitt’s Path to Success, Score Prediction, Game Information, a detailed breakdown of each team, Individual Stats, and Team Stats. Heck, you’ll even know the weather at kickoff! The only thing you’re missing is a game uniform!

In 2016, these two teams met at Heinz Field and put up a scoring display like none-other, with Pitt topping Syracuse 76-61.

Don’t expect to see anything resembling that game this Friday night when the Panthers (4-2, 1-1) travel to the Carrier Dome to take on the Orange (3-3, 0-2).

Pitt’s defense ranks 4th in the ACC, and 19th nationally, giving up just 298.7 yards per game. They are tops in the ACC and 2nd in the nation with 27 sacks.

That doesn’t bode well for Syracuse and their quarterback Tommy DeVito, who has been sacked 26 times this season. Pitt will be bringing the heat after DeVito.

“They get the ball out quick, run a ton of screens, hard to pressure them, so we’ve got to be careful when we do (blitz),” Pitt head coach Pat Narduzzi. “And we’ve got to be able to get four-man pressure and get some coverage sacks.”

The biggest problem with the Pitt defense is playing an entire game. Against UCF, the defense couldn’t hold an early 21-0 lead, albeit bad turnovers and a punt return for a score certainly didn’t help.

Last game at Duke, the defense surrendered 27 second half points after the offense built a 26-3 lead. A late touchdown by the offense saved the defense from a long two weeks of looking in the mirror.

“At times they do and at times they don’t,” Narduzzi said after being asked if his defense was performing up to his standards. “We’ll find out. Nobody cares what you did in the first half at Duke, which was really good (giving up only a field goal).”

What’s the biggest problem holding the Pitt defense from becoming a great one?

“We have to get stops,” Narduzzi said. “Great defenses play championship defense every play, every minute of the game, every quarter. That’s what we’re trying to get to.”

Thanks to an utterly ridiculous call in the Duke game, Pitt will be without stud safety Paris Ford for the 1st half this Friday night. Ford was called for targeting while making a tackle.

Narduzzi was confused by the call as well.

“I just saw a lot of shoulder,” he said. “I saw (Bracey’s) head go inside of our guy’s head. It wasn’t our head going into his head.”

With calls like that, even the coach doesn’t know what to expect anymore regarding what is a good or bad hit.

“I don’t know how to officiate anymore. I don’t know what the calls are,” he said. “Players play, coaches coach, officials officiate and reporters report. That’s my quote for the day.”

With Ford out for a half, senior Jazzee Stocker will play in place of him.

“I feel good him,” Narduzzi said about Stocker. “I think Jay will do a great job. He’s back healthy, too. That’s the important thing.”

“We make each other’s jobs easier,” Mack said. “You can’t think about one without thinking about the other.”

Mack has 41 receptions for 511 yards while Ffrench has 50 catches for 396 yards. Those 91 combined receptions are tops in NCAA FBS.

Mack walks by replicas of Antonio Bryant and Larry Fitzgerald’s Biletnikoff Trophies every day on the way to practice.

“I tell myself, I’m coming for this,” Mack said.

Offensive Coordinator Mark Whipple’s offense is really rounding into form in his first year at Pitt, and his player’s dedication to their craft is paying dividends for their hard work.

“They see the system has given them opportunities they might not have had in the past,” wide receivers coach Chris Beatty said. “Those guys, they want to do well. They study. They work at it. It’s important to them. Every little detail they try to write down and take notes.”

The rest of the receiving corps, not to mention potential recruits see the potential they could achieve in Pitt’s new passing attack.

“At the end of the day, everybody wants touches,” he said, “and that’s what you sell people on … being able to get guys in so they can touch the ball and have opportunities to be Larry Fitzgerald or Antonio Bryant (Pitt’s two Biletnikoff winners).

“I hope they notice that. I definitely bring it up.”

This game is very simple for the Panthers. There shouldn’t be a gigantic crowd at the Carrier Dome, but their fans will be loud, nonetheless. The key to quieting them quickly will be a balanced offense and a swarming defense.

With the Orange giving up 149 yards per game on the ground, it would be nice to see Pitt grind out some yards with A.J. Davis leading the way, with Todd Sibley, Vincent Davis, and V’Lique Carter adding their contributions, when called upon.

A good rushing attack should force Syracuse to bring up a few defenders to help, and when they do, that will give the NCAA’s top receiving duo in Taysir Mack and Maurice Ffrench plenty of room to soak up some yards from Kenny Pickett. Attacking the middle of the field with tight ends Nakia Griffin-Stewart and Will Gragg will help, too.

It will be time to bring the dogs defensively, as Syracuse QB Tommy DeVito has been sacked 26 times this year, something that the Panther defense should be licking their chops in anticipation for.

The biggest key will be playing a full 60 minutes on both sides of the ball. This team has picked some bad times to fall asleep on both sides of the ball in 2019. If this team is going to pursue a 2nd consecutive Coastal Division championship, then this unit will have to learn that you can’t take plays off, let alone a series or two. You play all out and give 100% effort no matter what.

As long as Pitt doesn’t turn the ball over, they should be able to cruise to a comfortable win.

One of the best returners in the game. Has taken his receiving game to the next level in 2019.

DeVito can gouge you if you allow him time in the pocket, of which his team hasn’t been great at accomplishing. DeVito has been sacked 26 times so far in 2019!

Neal is taking care of business in both the ground and air attack. He is sneaky out of the backfield with 20 receptions for 207 yards.

Adams has done well as Syracuse’s #2 option at RB.

Jackson is DeVito’s top weapon downfield. He is averaging 15.1 yards per catch and has six scores on the year.

Another deep threat for the ‘Cuse netting 17 yards per reception.

Hackett is DeVito’s security blanket and has turned three of his 14 receptions into six points.

Syracuse’s defense is giving up a whopping 425.8 yards per game, including 149 a pop on the ground. They are allowing just over 25 points per game.

Forget Students and Classes, College Football Must Go On This Fall