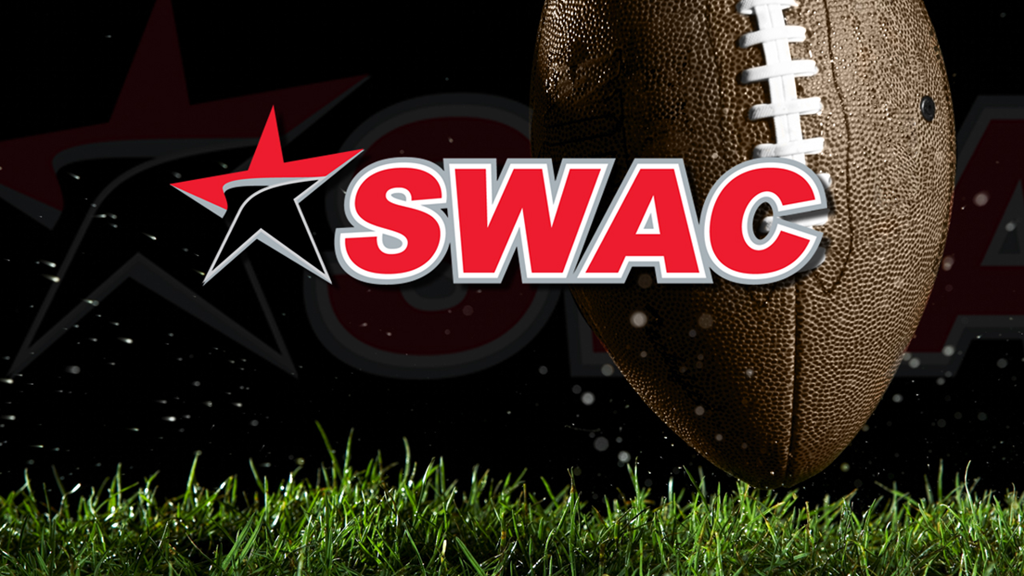 Welcome to the SWAC news and notes for Week 5. Last week saw some teams remain undefeated in conference play and some go down and go down hard. We take a look at the games and outcomes from this past week’s games.

The Braves were able to beat Mississippi Valley State 45-19 even though they turned the ball over five times. At the 7:17 mark of the third quarter, they had a slim 24-19 lead but scored the game’s final 21 points to pull away. Junior QB, Felix Harper was outstanding going 21-30 for a career-high 396 yards and six touchdowns. He is the defending SWAC Offensive Player of the Week and HBCU National Player of the Week. Junior, LeCharles Pringle was the recipient of three of those scoring passes and he finished with 86 yards on six catches. With the win, Alcorn St extends their home winning streak to six games and they are now 2-0 in conference play, 3-2 overall. MVSU falls to 0-1 and 0-4.

The Circle City Classic turned out to be a good game with both teams showing their offensive skills. The Tigers took a 10-0 lead on a 21-yard field goal by K, Adrian Salazar. The Thorobreds would score 20 unanswered points to take a 20-10 lead at the half. They would come out firing in the third quarter with a touchdown run of eight yards by Bret Sylve and a 32-yard fumble recovery by Jacob Abrams. JSU would not go quietly as Derrick Ponder tossed two of his three touchdowns to bring his team back to 33-25 KSU. But it was not enough and JSU moves to 1-3 on the year while KSU goes to 2-1.

The Bulldogs of A & M had quite the offensive day totaling 562 yards and 26 first downs. But the day belonged to Sr. running back Jordan Bentley as he ran for 105 yards on 21 carries and three touchdowns. It gives him the school record for career touchdowns with 29 and he will only add to that record as the season goes on. Junior QB Agell Glass had a big day himself with 339 yards through the air with four touchdown passes. It was still a game at 28-14 A & M when CSU’s Darius Meadors scored from one-yard out with just 2:58 left in the half. But, A & M would score twice in the final minutes of the half to blow the game open.

It was a game that saw the fans show up and UAPB  make it a game when Omar Allen scored on a 13-yard run to make it 14-7 Southern early in the second. Unfortunately for Bluff, they would not score again. Southern RB, Ladarius Skelton scored two of his three rushing TDs in the second half and helped Southern pull away for the victory. Southern piled up 262 yards on the ground and held the ball for 35 minutes. The defense had a good day with four interceptions and two fumble recoveries. Chris Chaney ran for 107 yards on 12 carries while Devon Benn ran the ball 26 times for 97 yards of his own.

It was the 96th State Fair Classic in Dallas, and the game did not disappoint. State jumped out to the early lead on a 14-yard touchdown pass from Quentin Guice to Geremy Hickbottom. PVAM answered right back when Dawonya Tucker too off from his own 40 for a 60-yard touchdown run to tie the score. With his team down 17-7, Tucker would strike again. This time it would be a 13-yard run for a score to make it 17-14 after one. The teams would trade scores and at the half, Prairie View would go into the locker room with a 31-23 lead. They would extend that lead to 43-23 but the Tigers would score two touchdowns to make it a one-score game. It would be too little too late and View would walk away with the win.

The third meeting between these two teams turned out just like the last two. HBU jumped out to a 30-0 lead and never looked back. HBU Junior QB, Bailey Zappe had career highs in completions (43), attempts (59), yards (498), and touchdown passes (7).  The TSU defense could not keep pace with HBU and costly turnovers were also an issue for the Tigers. They did make a run at the end of the half to come within 37-21, but HBU scored 31 third-quarter points to blow the game wide open. Zappe was able to find plenty of time to move in the pocket and hurt the TSU secondary. He also got help from a strong running game led by Dreshawn Minniweather’s 130 yards rushing on 14 carries. WR’s Ben Ratzlaff nad Jerreth Sterns each had two touchdown receptions and combined for 235 yards receiving.

Stay with NGSC Sports as we give you coverage of the 2019 SWAC football season leading up to the SWAC Tournament.