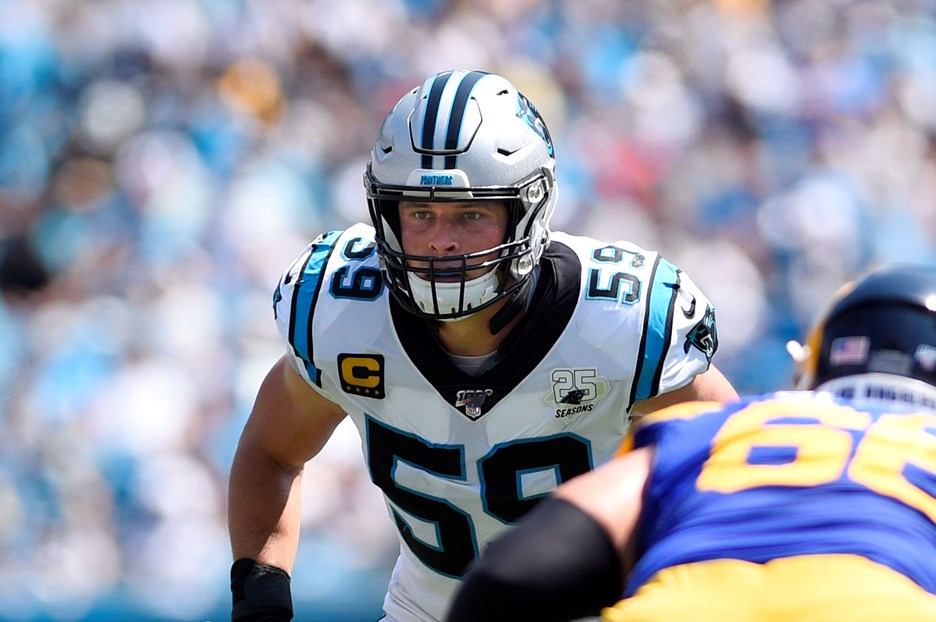 A look at how former BC Football Eagles did in Week 1 of the 2019 NFL season.

Zach Allen | DE | Arizona Cardinals
Allen made his debut starting at end in the Cardinals’ 3-4 defense against the Lions on Sunday. He totaled three tackles, all solos, with two quarterback hits in a game that ended 27-27 after one overtime period. The Cardinals nearly stole the win in the final seconds of OT as Allen got a hand on a Stafford pass that was nearly picked in the Lions’ end of the field, but the ball was dropped by Arizona corner Tramaine Brock, who was ultimately credited with the pass breakup. For the game, Allen played 64 (73%) defensive snaps and 11 special teams plays.

Anthony Castonzo | OL | Indianapolis Colts
The Colts fell in overtime at the Los Angeles Chargers, 30-24. Castonzo started his eighth NFL season by starting his 117th career game at left tackle. He played all 63 offensive snaps and helped pave the way for Marlon Mack to gain 174 yards on the ground.

Will Harris | DB | Detroit Lions
On the opposite sideline of his BC classmate Allen, Harris came off the bench for the Lions in the 27-27 final in Arizona. He played 15 defensive and 34 special teams snaps.

John Johnson | SS | Los Angeles Rams
The Rams held off Carolina for a 30-27 road win. Johnson was second on the team with 11 tackles, including six solo and one TFL. It marked his sixth career game with double-digit tackles. Johnson started at strong safety and played all 67 defensive snaps. He made four tackles on one drive late in the first quarter; the last of which was a TFL that led to a missed 53-yard field goal by the Panthers.

Luke Kuechly | MLB | Carolina Panthers
Taking the field for alternating drives with the Rams’ Johnson, Kuechly began his eighth season in the NFL with an eight-tackle performance to go with one pass defended. The five-time First-Team All-Pro linebacker started and played all 77 defensive snaps plus nine on special teams. Kuechly forced a Todd Gurley fumble early in the second half, but the Rams recovered and hit a field goal to end the drive.

Harold Landry | OLB | Tennessee Titans
The Titans rattled off a dominating 43-13 win on the road over Cleveland on Sunday. Landry, who moved to linebacker in the offseason, made his fourth career start and first at outside linebacker. He posted three tackles, all solo while playing 66 (90%) defensive snaps.

Chris Lindstrom | G | Atlanta Falcons
The Falcons’ 2019 first-round pick started at guard in Sunday’s loss to the Minnesota Vikings. He played 48 (62%) offensive snaps before suffering a fractured foot. Lindstrom was placed on the IR by Atlanta, which resulted in the Falcons adding former BC and veteran NFL lineman John Wetzel. Lindstrom is eligible to return to Atlanta’s active roster as early as week 10.

Matt Milano | LB | Buffalo Bills
Milano returned from a fibula injury sustained in the Bills’ 2018 week 14 game with a nine-tackle performance as Buffalo picked up a one-point, road win over the Jets. He was credited with one TFL and two quarterback hits while playing all 72 defensive snaps.

Wyatt Ray | LB | Houston Texans
An undrafted free agent, Ray spent the preseason in Cleveland before being waived and picked up by Houston last week. He was not active for the Texans’ week one, Monday Night Football loss in New Orleans.

Matt Ryan | QB | Atlanta Falcons
Ryan’s 12th NFL season and 175th career start began with a loss to Minnesota on Sunday. The Falcons were down 28-0 before he connected on touchdown passes to Calvin Ridley and Julio Jones. Ryan finished the game 33-for-46 for 304 yards while adding 24 yards on the ground with two 12-yard runs.

Justin Simmons | FS | Denver Broncos
Denver fell behind to Oakland 14-0 by halftime in the MNF nightcap in an eventual 24-16 loss. Simmons started at safety and made three tackles for the Broncos while playing all 58 defensive snaps.

Jeff Smith | WR | New York Jets
Smith, an undrafted rookie, was not active for the Jets’ week one loss to Buffalo.

Tommy Sweeney | TE | Buffalo Bills
Bills’ seventh-rounder, Sweeney caught both targets that came his way in the win in East Rutherford. His first career catch came on a 29-yard pass down the sideline as he finished with two receptions for 35 yards in 23 snaps.

Michael Walker | WR | Jacksonville Jaguars
Walker, an undrafted rookie, was not active for the Jaguars’ week one loss to Kansas City.

Isaac Yiadom | DB | Denver Broncos
A second-year player, Yiadom, who made one start as a rookie, started at corner on Monday and made a career-high eight tackles, all solos. He played all but one defensive snap. The Raiders targeted Yiadom four plays in a row in the first quarter, but he made three tackles and the fourth play was negated by an Oakland penalty before Denver ultimately forced a punt.