Dillon was on Steele’s All-ACC first-team in addition to earning preseason All-America honors from Athlon Magazine.

Senior offensive lineman John Phillips captured preseason All-ACC second-team accolades from Steele. The rugged offensive guard has played in 36 career games, including 18 starts up front on the BC offensive line.

White was named to Steele’s preseason All-ACC third-team after he was BC’s leading receiver in 2018 with 33 receptions for 526 yards and three touchdowns. The Harrisburg, Pa., native has played in 25 career games with 15 starts at wide receiver for the Eagles. White enters his junior season with 67 career receptions for 949 yards and five touchdowns – BC’s active career leader in all three categories.

Long played in all 12 games as a redshirt freshman last season and ended the year with four receptions for 103 yards and two touchdowns. A gifted athlete with soft hands and excellent size and speed Long is expected to be a major part of the BC offense in 2019. The New Hampshire native was named to the preseason All-ACC third-team by Steele.

Lindstrom appeared in 11 games, including one start at center, as a redshirt freshman in 2018 for the Eagles. The sophomore center was named to Steele’s All-ACC preseason third-team and is expected to be one of the mainstays on another tough, physical BC offensive line in 2019.

Petrula was named to Steele’s All-ACC third-team after collecting All-ACC honorable mention honors in 2018. The New Jersey native has been a key contributor on the BC offensive line since his true freshman season, starting 24 consecutive games. Petrula, who played right tackle in 2018 and center in 2017, slid over to left tackle for the Eagles during spring practice.

An All-ACC preseason third-team selection by Steele, Richardson enjoyed a productive 2018 campaign as one of the leading playmakers on defense for BC. Richardson finished last year with 76 tackles (third on the team) to go along with nine TFLs and 2.5 sacks. The redshirt junior has appeared in 27 career games, including 16 starts.

Also on the All-ACC preseason third-team from Steele, McDuffie was another player who jumped off the page production wise in his first year as a starter in 2018. The New York product was second on the team with 85 tackles in 12 games, including six starts. He finished the year with 5.5 TFLs, 3.5 sacks and finished with three games of 10 or more tackles among his six starts as a sophomore.

BC opens the 2019 season at Alumni Stadium on Saturday, August 31 versus Virginia Tech. Kickoff is set for 4 p.m. with live television coverage on ACC Network. 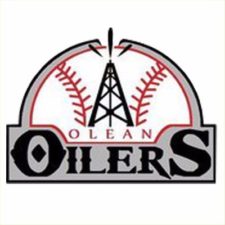