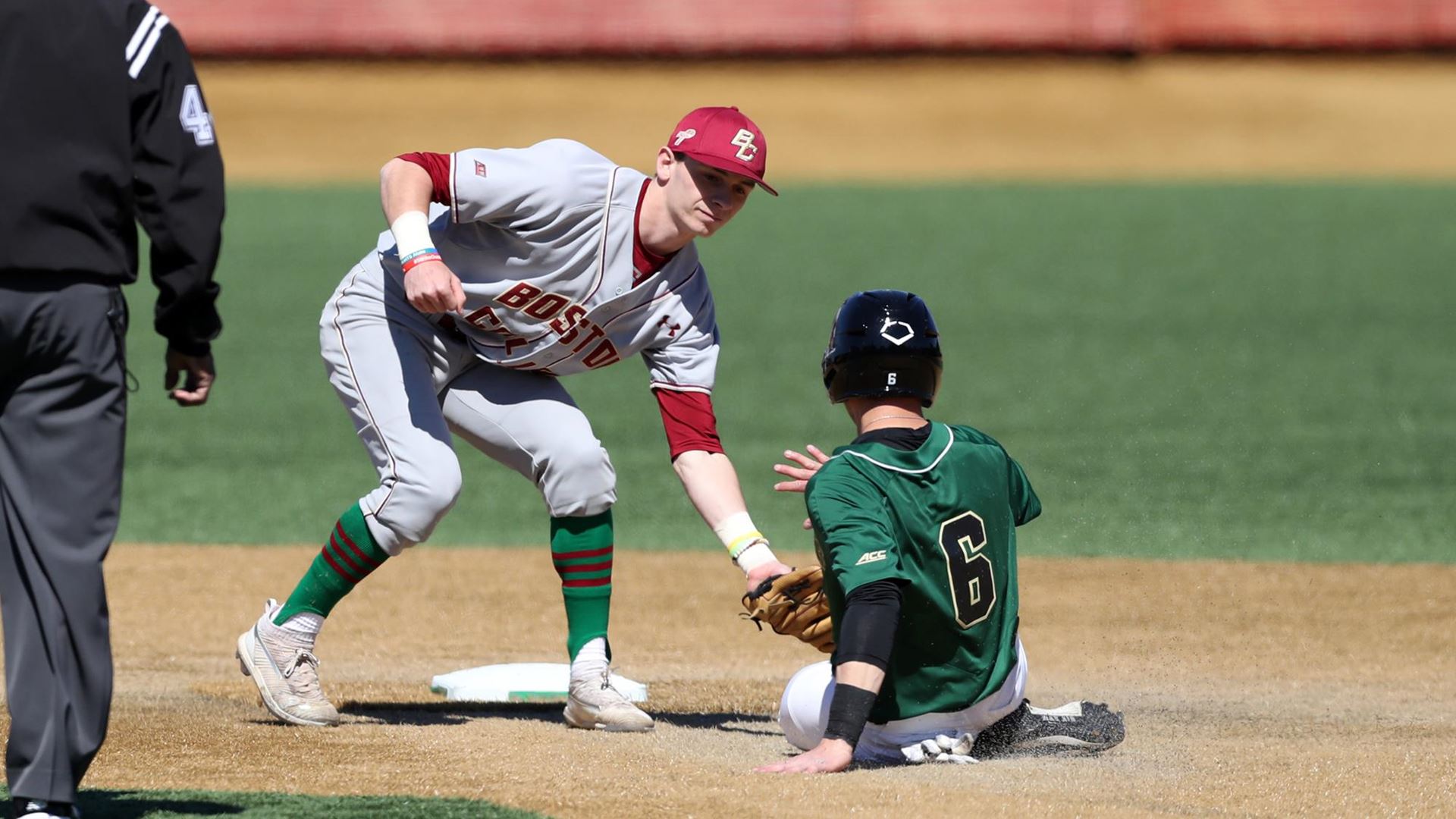 WINSTON-SALEM, N.C. – The Boston College baseball team dropped the rubber match of its series against Wake Forest, 13-3, at David F. Couch Ballpark on Sunday afternoon. The Eagles fell to 10-8 overall and 2-4 in the ACC, while the Demon Deacons improved to 12-9 and 3-3.

For the second day in a row, Wake Forest flipped a BC lead around with a grand slam. This time it was left fielder Chris Lanzilli who cleared the bases with a home run to right in the fourth inning to give the Demon Deacons a 4-1 lead. Lanzilli added a three-run home run in the eighth and finished the day with 10 RBI.

Boston College scored in the top of the first for the second day in a row, but Wake Forest righty Morgan McSweeney (3-1) settled in after a five-pitch second inning. He threw for seven innings and allowed three runs on six hits and two walks with five strikeouts.

Freshman second baseman Cody Morissette (Exeter, N.H.) went 2-for-4 with a two-run triple. Freshman right fielder Sal Frelick (Lexington, Mass.) added a 2-for-4 game with his team-leading 13th stolen base of the season.

UP NEXT
The Eagles return to Massachusetts for a midweek contest at Northeastern on Tuesday, March 19 before four home games the rest of the week vs. Siena and Clemson.