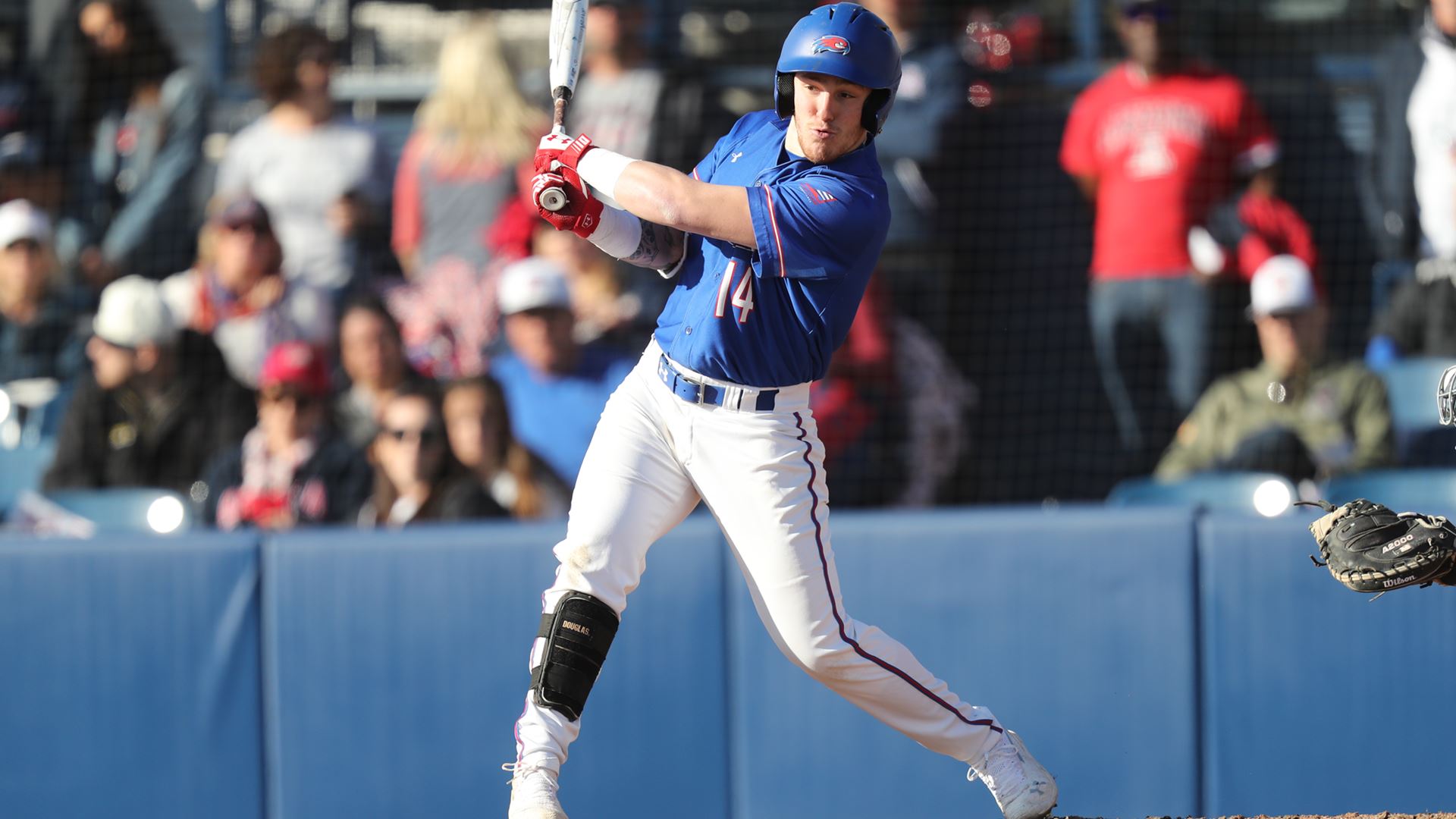 Martin went 3-for-5 with four runs and five RBI on the day to lead the River Hawks (1-11) at the dish. Nick Rand (Hyde Park, N.Y.) pitched seven shutout innings, scattering four hits and striking out six to pick up the victory. Mark Tumosa(Willington, Conn.) also continued his reached-base streak to 12 games.

“It was a great win all around,” commented Head Coach Ken Harring. “Nick Rand was fantastic on the mound and Vinnie Martin had the big two-out home run in the third, to cap off a string of two-out hits. We are 1-1 after a very tough stretch to begin the season and we have an opportunity to win a series on Separation Sunday.”

UMass Lowell took control early against the Colonials (6-6) with five runs in the third inning, capped by Martin’s three-run shot. With two outs in the frame, the River Hawks recorded four consecutive singles to score a pair, before the outfielder’s first long ball of the contest. The five spot began a string of four straight innings with runs for the visitors, as they built a 10-0 advantage.

Steven Passatempo (Medford, Mass.) and Andrew Roden (Sherill, N.Y.) drove in the first two runs, with Passatempo crossing the plate on the freshman’s base knock.

In the fourth inning, Michael Young (Chester, N.Y.) extended the lead with a single to score Tumosa, and the duo each singled home runs in the fifth to push the gap to 8-0. Martin and Ciaran Devenney (Manalapan, N.J.) added a pair in the sixth to cap the 10 straight runs for UMass Lowell.

Following George Washington’s lone run in the eighth, Martin sent his second homer over the fence and Tumosa sent the final run home with a fielder’s choice. UMass Lowell had six players record multi-hit days at the plate, as well.

The River Hawks go for the series win in tomorrow’s finale at 12 p.m.