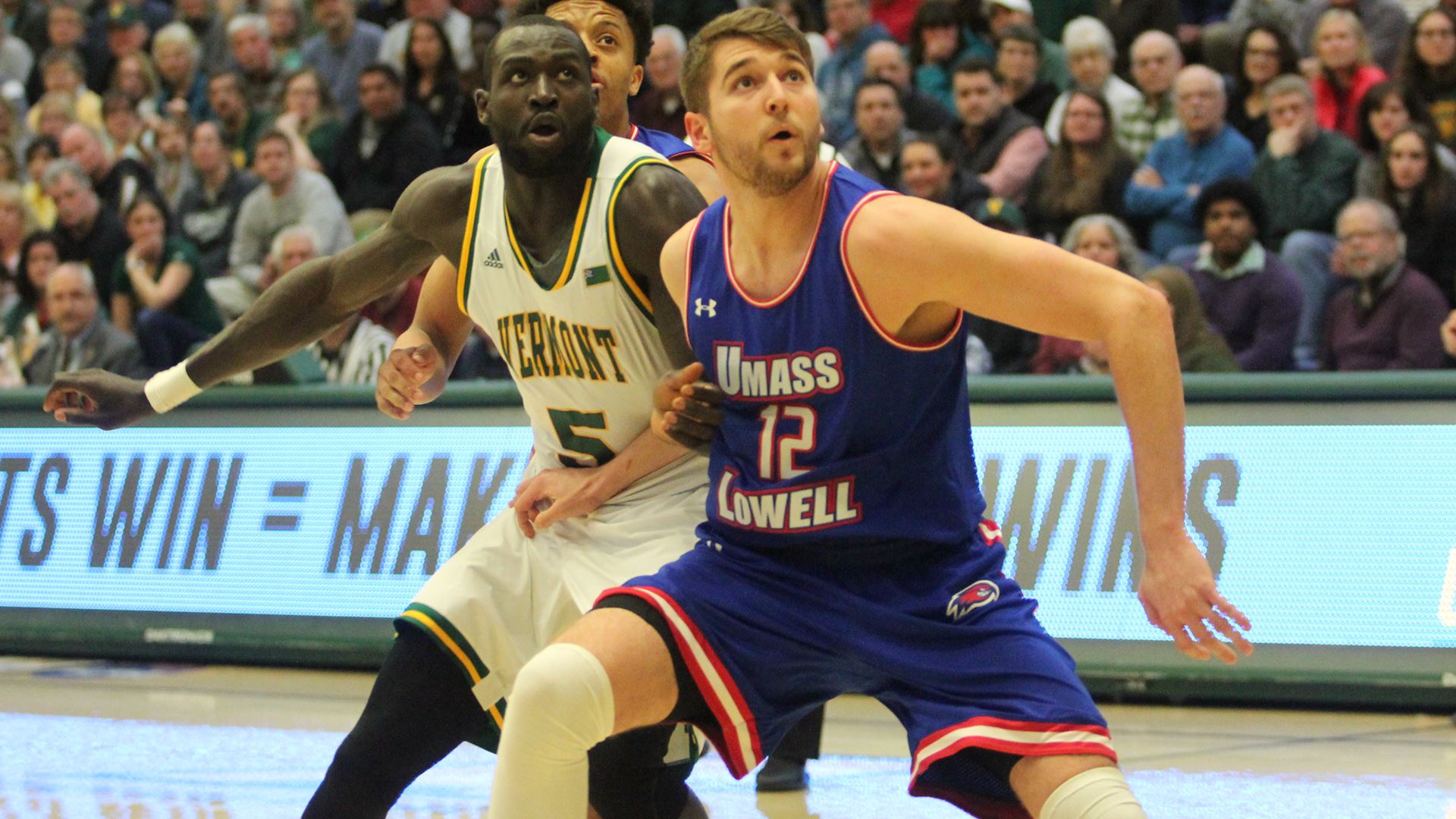 “We ran into a very good team, the best team in the league on their home floor,” said Head Coach Pat Duquette. “I didn’t think we played really well in the first four minutes, so they were able to get a pretty good lead, but I thought we did play really well in the next 16 minutes to stay in it at halftime. But Vermont just played well on their home floor. They shot the ball well and it wasn’t our best game.”

The River Hawks finish the regular-season ranked fifth for the third time since joining the America East. The ranking marks the team’s best seeding for the America East Championship yet, improving two spots after their Division I postseason debut was at No. 7 last year.

The River Hawks recorded the first basket of the game thanks to a good pass from freshman Darius Henderson(Pasadena, Calif.) that found Lutete under the hoop, but the Catamounts created an early margin with the next 13 straight points. Lutete would snap the silence with a three from the corner, and Glynn and Noel followed with back-to-back buckets to make it a two-possession game at 13-9 with 14:23 remaining in the first half.

Vermont used a 13-2 run to pull away by as many as 15 in the half at 26-11, but the visitors worked to chip away at the lead and were back within single-digits, 31-23, at 4:16 after five consecutive points from Lutete. However, UVM outscored UMass Lowell, 9-5 in the waning minutes of the period to take a 40-28 advantage into the break.

Coming out of halftime, the Catamounts outscored the River Hawks, 14-7, extending their margin to 54-35 with 12:38 still to play. The home squad maintained at least a 17-point buffer for the majority of the second until freshman Allin Blunt(Bowie, Md.) and Noel combined for seven straight points, making the score 69-53 at 1:52. Glynn tallied the River Hawks final four points, but the Catamounts secured the 74-57 outcome.

Vermont now leads the all-time series, 10-2, against UMass Lowell. The No. 4 seeded River Hawks will travel to No. 5 Hartford for the quarterfinal round of the 2019 America East Championship on Saturday, March 9. Tipoff for that contest is set for 5 p.m. on ESPN+.