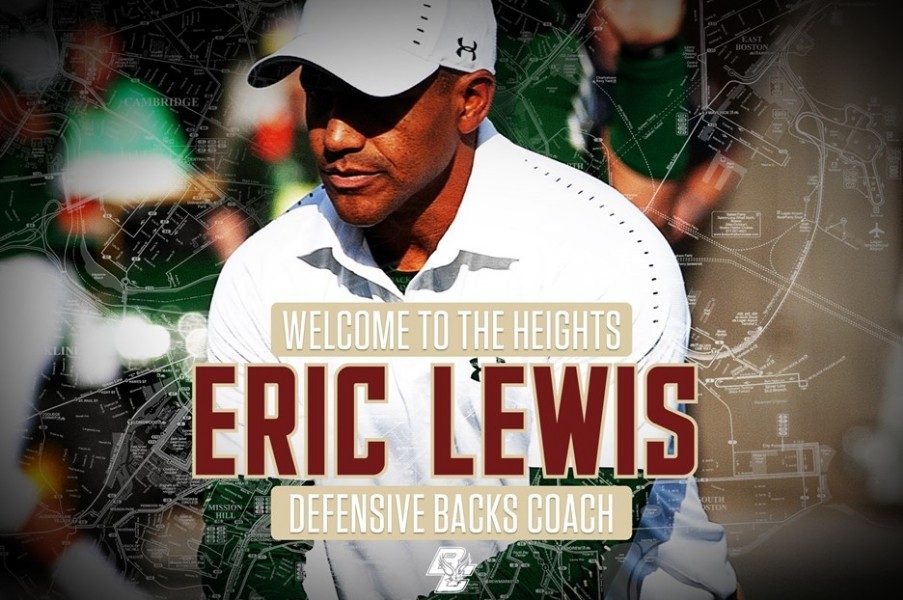 “Eric brings a wealth of experience both at the collegiate and pro level and will be a great mentor to our defensive backs, especially as a former player at the position,” said Addazio. “We are excited to welcome Eric and his wife Elizabeth along with his children Taylor and Harper to our BC football family.”

Prior to Boston College, Lewis spent one season at Colorado State coaching the cornerbacks.

Before heading to Colorado State, Lewis was on the defensive staff at the University of Tennessee in 2017.

Prior to his time in Knoxville, Lewis served as secondary coach and special teams coordinator at Georgia State (2015-16). Lewis oversaw a secondary where the defense set a program record for interceptions (15) and pass breakups (57) in his first year as coach. Lewis was part of a defensive staff that coached the most improved defense in FBS in 2015, as Georgia State led the nation by allowing 15 points fewer per game than in 2014.

Lewis has one previous year of coaching experience in the ACC as coached the cornerbacks at Louisville in 2008.

Before joining the Louisville staff, Lewis spent two seasons as a defensive quality control coach for the Green Bay Packers. He coached the safeties at Ball State from 2003-05 and served as a defensive graduate assistant coach at both Michigan State and Bucknell.

Lewis was a four-year starter at San Diego State as he finished his career as the Aztecs’ all-time leader in career pass breakups. He graduated with a degree in finance and business administration.

Lewis is the son of long-time college and NFL coach Sherman Lewis. He married his wife, Elizabeth, in July of 2018. He has two children, Taylor and Harper. 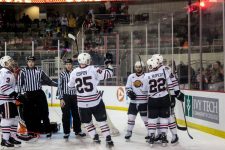