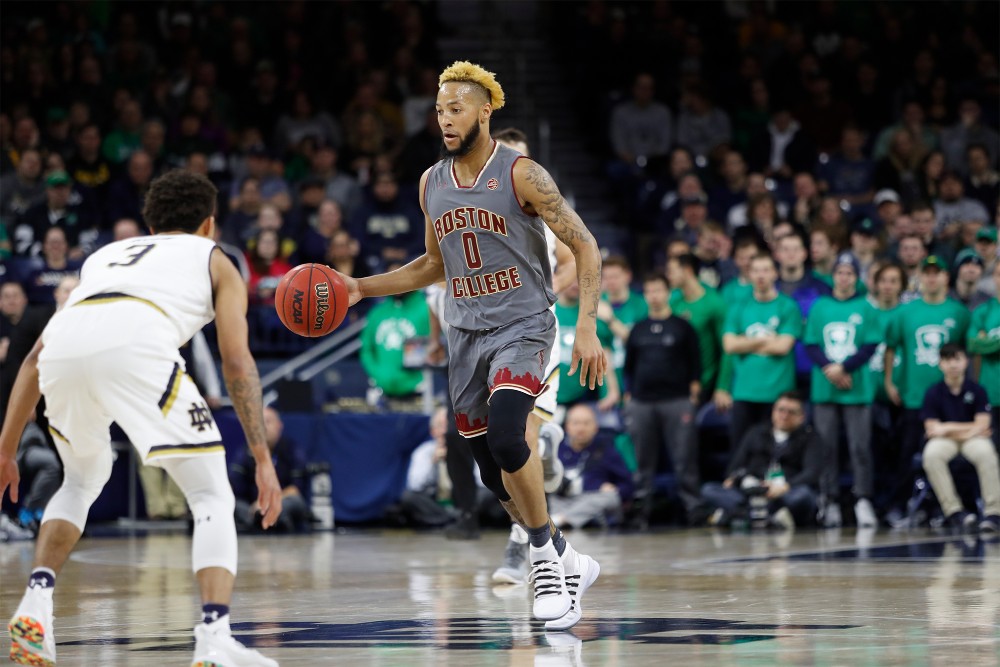 NOTRE DAME, Ind. — Notre Dame made four free throws with less than three seconds to go in regulation, as BC dropped a 69-66 decision on Saturday afternoon.

Nik Popovic blocked two Notre Dame shots on successive possessions, setting up the go-ahead layup by Ky Bowman with 14.8 ticks remaining, as well as a swat on the ensuing possession.  The junior dove to the floor for the loose ball and was whistled for traveling.

Wynston Tabbs was called for the blocking foul with 2.8 seconds to play as the Irish charged to the basket.

UP NEXT:
Boston College travels to Louisville for an ACC matchup on Wednesday, Jan. 16.  Tipoff is set for 7 p.m. ET and the game can be seen live on regional sports networks – locally, the game will clear on NESN.  Wes Durham and Mike Gminski have the broadcast call on the game.  The game can also be heard live on the Boston College IMG Sports Network with Josh Maurer and Kevin Collins.