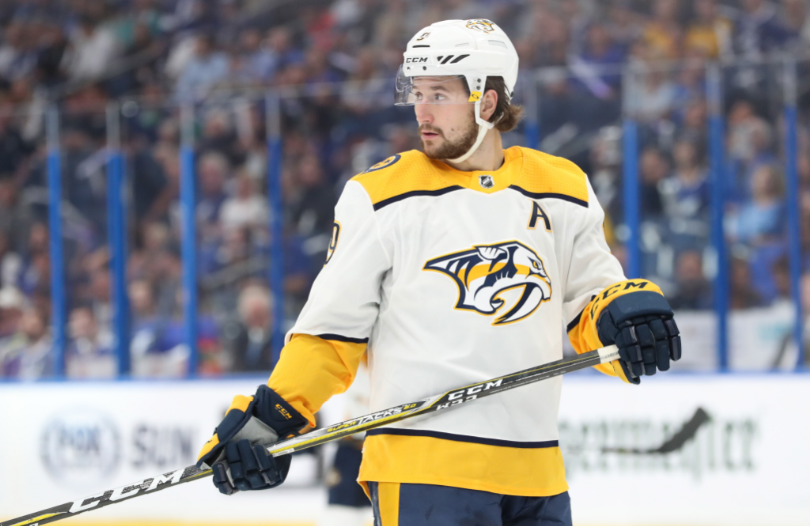 It’s been the season of unpredictability for the Nashville Predators. Through the half-way point in the NHL season, the Preds currently hold the second spot in the Central division. If you would’ve asked any fan five years ago, they would have gone absolutely crazy about a second place spot. Today, it’s the expectation and fans only want more.

It’s been such a tough season for the Preds through 44 games and it all starts with the injuries. At one point, which was not too long ago, four of the Preds key players were all on injured reserved. Kyle Turris, PK Subban, Filip Forsberg and Viktor Arvidsson. You don’t want any of your players to get hurt but this isn’t the ideal set of players you want to get hurt for your club. Luckily, Turris did return for a short stint to help the depth of the team.

All three players have officially returned to the office healthier than ever. Turris has been sent back to IR with Miikka Salomaki and Yannick Weber.

Guess who’s back? Back again. Forsberg’s back, make sure you tell all your friends. Forsberg returned back to the ice for the first time since November 29. The Preds went 8-7-2 in his absence. Forsberg’s return will once again equip one of the best first lines in the NHL in the JOFA line consisting of Arvidsson and Ryan Johansen.

Regardless of the injuries, the team would not be in the spot they are without the stellar goaltending of Pekka Rinne and Juuse Saros. Rinne has a 2.23 goals against average and Saros with a 2.71. Both have over a .900 save percentage with five shutouts combined on the season.

The team went on a decline throughout the injuries losing eight straight. Now the team is on a five-point game streak going 4-0-1 while gaining the team leader in goals. When this Nashville team is out, it’s hard to stop from winning. General manager David Poile and coach Peter Laviolette have put together a team that can produce when healthy and sustain a team recovering from injuries. Everyone is scared to play Nashville and rightfully so, they should be. This team can compete against any team in the league especially when healthy.

Just like that, the season is already halfway over. Still, there is plenty of time for Nashville to figure out the injury bug, work out the kinks and get ready for another big playoff push.