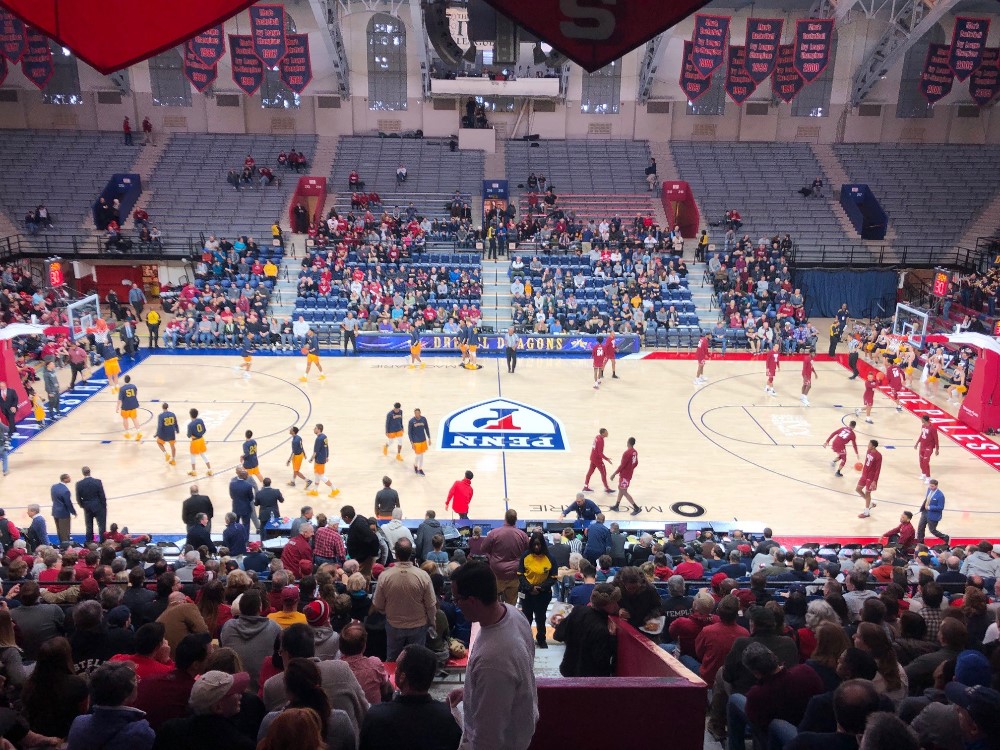 In Fran Dunphy’s final game at The Palestra, the Owls took care of business by beating the Drexel Dragons, 82-64.

The first half started off very close, as both teams had no trouble scoring the ball. Early on the defenses of both teams were not playing up to their ability and fouling often. The Owls, however, started to pull ahead, with their offense playing exceptionally well in the first half.

The Owls had an 11-point lead heading into the half due to a huge buzzer beater by Nate Pierre-Louis. He ended the first half leading all scorers with 14 points. At the break, Drexel needed to climb out of a big deficit as the Owls were up 41-30.

In the following half, the game went along the same storyline. Pierre-Louis continued to coast to the basket with ease, and the Owls continued to lead Drexel. Shizz Alston, Jr. continued his success this season, as he hit shots in crucial times to put the Owls up by even more.

Nearing the end of the game, the Owls even lead by as much as 18 points, as things were not going Drexel’s way. The game ended with a final score of 82-64, as the Owls really stuck it to the Dragons.

Pierre-Louis ended the contest with a career-high 22 points. Alston led his team with 25, and Quinton Rose had 14 points, which brought him to the 1000 bucket milestone. On Drexel’s side, they were led by Troy Harper who ended with 18 points.

The Owls move to a great record of 10-2 but are now going to be opening up difficult conference play, which makes up 18 of their next 19 games. The team looks strong and confident going into league play, but there is some really good competition within the AAC.

Head Coach Fran Dunphy played his last match at the historic arena, The Palestra, home of the Penn Quakers, where Dunphy spent 17 years as their head coach. The remaining 13 years have been with Temple. He was welcomed by a huge standing ovation by both fanbases.