The final quarter of the NBA season will determine who will bring home NBA MVP honors going into the playoffs.  With rising stars like John Wall and Isaiah Thomas launching themselves into MVP discussion this season, the 2016-17 MVP race has boiled down to a four rung ladder.

Bringing in the rear would be the offensive dynamo known as Russell Westbrook. Yes, Russell Westbrook the man who is averaging a triple-double this season while leading the league in scoring will not win MVP. Stats aside, the award is for the most valuable player, not the best player.

Westbrook’s play alone has not brought much value to a 35-29 Thunder team that is 6th in the West. Especially after his most recent run of averaging 40 points a game this past week with each game resulting in a loss, his gaudy stats have now come into question. The point of being valuable to your team is that you are making your teammates better and that cannot be said with Westbrook.

Steven Adams looked like an All-NBA center playing against the Warriors and Spurs in the playoffs but has yet to have shown any improvement from last season’s regular season. Offseason acquisition Victor Oladipo has looked less and less like a former second overall pick in the draft especially playing next to a ball dominant Westbrook. Even Taj Gibson and Doug McDermott have struggled to fit into Westbrook’s free for all brand of point guard play.

Westbrook is undoubtedly the most individually productive player in the NBA, but this isn’t the MLB, and he isn’t Mike Trout. His historically great stats are not correlating to a historically great season by the Thunder which makes him closest to the water on the MVP banana boat.

The undisputed engine of MVP banana boat is the 4-time MVP, Lebron James. The debate on if Lebron is MVP every year still exists, but this year may be the year that it comes to fruition. Sporting the best record in the East helps his candidacy and so has his play without J.R. Smith and Kevin Love. His 10.6 assist average in the month of February to go along with his typical 26 points a game speak for itself. However, Lebron has been extremely fortunate with the supporting cast he’s played with this season compared to other MVP candidates.

On top of playing with two other All-Stars for the majority of the season, GM Lebron has worked hard to get shooter Kyle Korver, veteran point guard Deron Williams, and wild card Derrick Williams into the fold for the playoff run.  His supporting cast alone diminishes his value, but the Cavs putrid record of 4-20 when Lebron sits cancels out the supporting cast argument.

Still, it will be hard for MVP voters to give Lebron MVP when he’s playing on the fourth best team in the NBA; potentially fifth in the Cavs continue to struggle down the stretch. MVP number five will have to wait for Lebron.

Looking to add more hardware other than Defensive Player of the Year and Finals MVP to his resume is Kawhi Leonard. Kawhi has become the man in San Antonio and his two-way brilliance hasn’t been seen since Michael Jordan in his prime. Leonard brings defense to a class of MVP candidates that are heavy on offense which is the only aspect of his game that hurts his candidacy.

Leonard doesn’t have the counting stats of Russ and Lebron, but the only stats that matter in San Antonio are wins and losses. If Leonard can take an aging San Antonio team past the Warriors, that will be enough to validate his MVP campaign. Another aspect working against has nothing to do with him, and that is Greg Popovich.

Without Leonard, this season, the Spurs being the fourth seed in the West is not impossible to imagine. Too often is Kawhi’s greatness seen as an extension of Coach Popovich and not his greatness propelling his team to victory. Playing for one of the three greatest coaches of all time hurts Kawhi, but it has done nothing but benefit the presumed favorite for MVP in Houston.

James Harden has been unleashed playing in Mike D’Antoni’s inflated offensive system. Rarely do you see players like Harden improve drastically in their prime, but that was certainly the case for Harden this season. Harden is in the top 3 in scoring and is leading the league in assists with 11 per game. Harden does it all for a Rockets team that would not be the 3rd best team in the NBA if it wasn’t for his stellar play.

Unlike Westbrook, his triple doubles have made his supporting cast better as fringe NBA players like Montrezl Harrell and Sam Dekker have flourished playing next to Harden.

Harden is not all great in helping his team win as he is on pace to record 500 turnovers this season, shattering the record he set last season. However, his outside shot combined with his supporting cast are on pace to shatter the single-season record for three-point makes. From the start of the season, Harden has been the sexy pick to win MVP playing under D’Antoni as Steve Nash on steroids, but his value immensely helps a Rockets team that had to resort to him playing point guard for them to compete with Golden State and San Antonio

James Harden is the MVP now, but two weeks from now it could be a whole other story with Westbrook vaulting the Thunder up the standings in the West or Kawhi going on a scoring binge to push San Antonio over Golden State. The King is still to be reckoned with, and it will take a superman effort by all four men to separate them as the 2016-17 NBA MVP. 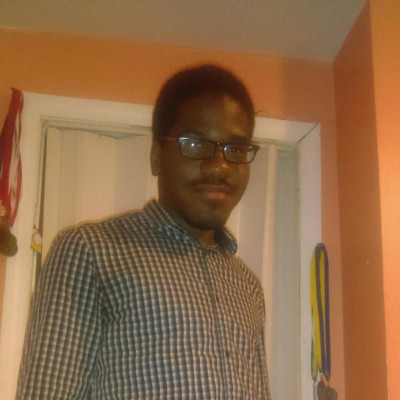