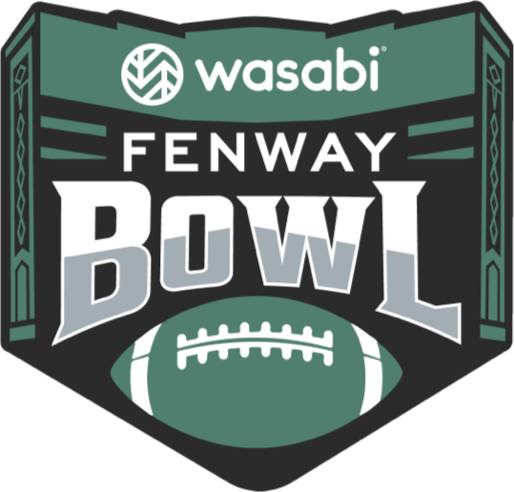 Two schools that have met each other plenty of times on the football field will get a chance to continue their rivalry in the 2022 Wasabi Fenway Bowl. The Cincinnati Bearcats (9-3) and the Louisville Cardinals (7-5) will play for the 54th time. The Bearcats lead the all-time series 30-22-1, however, the two teams have not met since 2013. The Wasabi bowl will be the first time these two have played on a neutral site. What a neutral site they have, Fenway Park in Boston, MA. This will be the first college bowl game in Fenway. If things had gone according to to form, this would have been the third edition of the game. The first two were wiped out because of Covid-19. This year everything is a go for Saturday morning when the two teams will be playing for more than just bragging rights, they will also be playing for a “Key of Nails.”

The Cincinnati Bearcats and the Louisville Cardinals share one thing in common heading into Saturday’s game. Both teams will be run by interim head coaches. The Bearcats will be led by Kerry Coombs. When this game is over, Coombs will become the secondary coach/special teams coordinator for new head coach Scott Satterfield, who was named the new head coach of the program on December 5. Coombs agreed to stay on with the team on December 9. While the Cardinals will be led by Deion Branch, who will be returning to an area that he is quite familiar with. Branch played wide receiver for the New England Patriots and was the MVP of Super Bowl XXXIX. When this game is over, Branch will hand the team over to the new head coach Jeff Brohm who was named head coach on December 8.

The Bearcats hit their stride midway through the season winning six in a row, and finding themselves ranked at #20 in the Associated Press poll. They do come into this contest having lost at home on Senior Day to Tulane 27-24 on November 25. This is the fifth straight season that Cincinnati has won at least nine games in a season which is a program first. A win on Saturday will give the Bearcats a 10-win season for the fourth time in five years. It would be the 10th time in the 135 years history of Cincinnati Bearcats football. This is the 22nd bowl game in school history and they are 10-11 in bowl games all-time. The Bearcats have the 12th most wins in college football since 2008. Their overall record is 133-58 and they are 31-5 since 2020 and 53-10 since 2018. Both marks are in the top 5. T

The Bearcats’ defense was ranked fifth in the country in yards per play allowed at 4.52. This unit was led by senior linebacker Ivan Pace JR.who was third in the nation in tackles for loss (19.5), tenth in tackles (120), and tenth in sacks (9.5). He was named Defensive Player of the Year in the AAC. He was named a finalist for both the Bedarnaril and Butkus awards. Cincinnati also boasted the Special Teams player of the Year in sophomore punter Mason Fletcher. The Ray Guy finalist was fourth in the nation with an average of 46.7. He finished with 28 punts inside the twenty and two downed at the one-yard line. On offense, the Bearcats will be without one of their main weapons in the passing game. WR Tyler Scott had 54 catches, 899 yards, and nine touchdowns. He has opted out of this game and declared for the NFL draft. He joined five other players who have left the team since their season finale.

The Louisville Cardinals finished their season losing two of their last three games. Their defense was a top-20 scoring defense, finishing second in the nation in sacks with 43. Senior Yasir Abdullah led the way with eight. He also recorded two interceptions. The defense was also third in turnovers with 28, (15 INTs, 13 fumbles). They allowed 20.2 points a game which was 19th in the country. Redshirt senior QB Malik Cunnigham threw for 1588 yards on 136-218 8 TDs and 5 INTs. He had a QB rating of 130.33. He is a dual-threat quarterback having run for 700 yards on 114 carriers. Cunningham ran for 12 touchdowns on the season. Cunningham was second on the team in rushing behind Jawhar Jordan who rushed for 726 yards on 133 attempts for a 5.3 average and two scores. The Cardinals rushed for 23 touchdowns in twelve games. Tyler Hudson was Cunningham’s favorite target in the passing game with 69 catches for 1034 yards and two touchdowns. He averaged 15 yards a catch in 12 games. This will be the 25th bowl game for Louisville and their record in bowl games is 11-12-1.

This should be a good one at Fenway Park and NGSC Sports will have coverage of this game.