Is It All Over for the Brooklyn Nets? 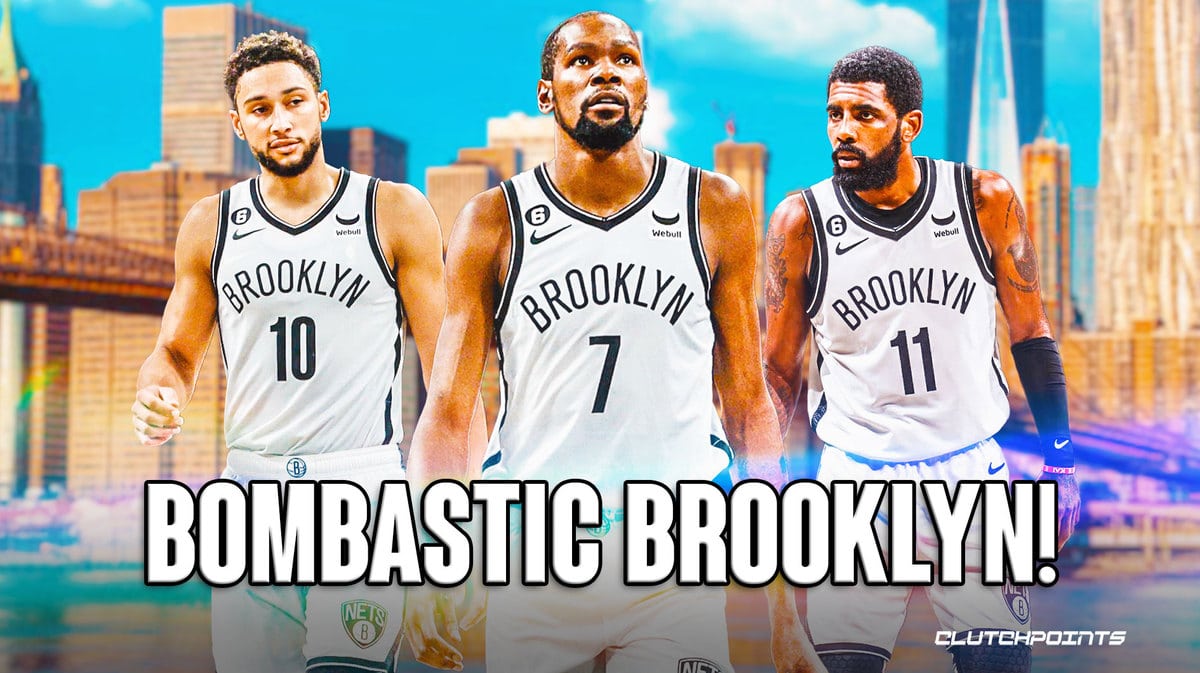 No team with high expectations this season has been as disappointing as the Brooklyn Nets. A team that some had pegged to win the 2023 championship, the Nets have looked like a mess both on and off the court. Because of this, many have asked if it’s only a matter of time before Brooklyn fully implodes. At the time of this writing, the Brooklyn Nets hold a 3-6 record, 12th in the Eastern Conference. In the nine games they’ve played so far, Brooklyn has been at the bottom of the league in most defensive categories. The Nets are currently bottom three in defensive rating, allowing 118+ PPG by opponents. The team is dead last in defensive rebounds per game, something that has cost them late in games.

Another issue that Brooklyn has had on the court is Ben Simmons. He’s only played six games so far this season, currently out with a knee injury. Simmons has struggled on both ends of the court. Only averaging 6.2 PPG in 31.8 MPG, Simmons has looked like a shell of his former self. He has also been criticized for his work on the defensive end, appearing hesitant at times. Currently, in the third year of a five-year, $177M contract, Simmons is simply not living up to his contract. If Brooklyn were to trade one of its stars, Simmons would most likely be the first option to go. The problem is that Simmons’ trade value is at a career low. It’s likely that Simmons will be a part of the Nets through the end of the season.

The biggest issue for the Nets is once again Kyrie Irving. After sharing content with an antisemitic message, Irving is in the news for the wrong reasons again. Irving has been criticized for his actions and responses by the fans and media alike, getting to the point where the Nets are keeping Irving away from the media for the time being. On Wednesday night, Irving and the Nets both committed to donating $500K towards causes and organizations working against hate in communities. Irving put out a statement, with the response to the statement being divided so far. Irving has been a controversial figure in the Nets organization during his entire stint with the team. The Nets followed up by suspending Irving for five games. The owner even said that at this point, Irving is just not fit to be a part of the Nets. He stepped away from the team for several weeks, missed the majority of last season due to his stance on vaccinations, and made it clear he does not want to be a part of the Nets when he requested a trade in the offseason. Looking ahead, Irving will be an unrestricted free agent at the end of the season, and it is likely he will leave for nothing in free agency. With the odds of him leaving in free agency being high, Brooklyn would be smart to trade Kyrie Irving prior to the 2023 trade deadline. Irving is still a tremendous player on the court, he has been a key reason for the Nets’ current situation.

The most recent issue for the Nets is the firing of Steve Nash. While Nash did have a winning record as a coach with the team, he did not have the respect of the players. Nash had been on the hot seat for his entire coaching stint. Kevin Durant wanted Nash gone last season, giving the organization the ultimatum of him or Nash and GM Sean Marks. While ownership gave their support to Nash in the offseason, that changed only seven games into the season. With the reports of the Nets being interested in suspended Celtics coach Ime Udoka, many noted the Nets steering towards controversy rather than moving away from it. While Nets GM has come out and said the team has not signed Udoka hours after Nash’s firing, many media outlets are reporting Udoka will become Brooklyn’s head coach. Seen as a last-ditch effort to save this team, Udoka may not be enough to help the Nets. He does have a history with the team as an assistant coach and is known for the defense he pushed in Boston, but the team has very few defensive-minded players.

With the Nets being in the worst of spots right now, changes are the only thing that may give the team a fighting chance this season. With Nash fired, the next person likely to go would be GM Sean Marks before any players are moved. The priority for Marks should be to keep Kevin Durant happy as the superstar still has three years left on his contract following this season. Having already requested a trade in the offseason, it would not be surprising if he requested another trade with the current state of the team. The Nets do not have to trade KD, but they could trade their other superstars and rebuild around him. At this point, rebuilding around Durant may be Brooklyn’s best option going forward.