Joel Embiid for MVP: Is the Award His to Lose? 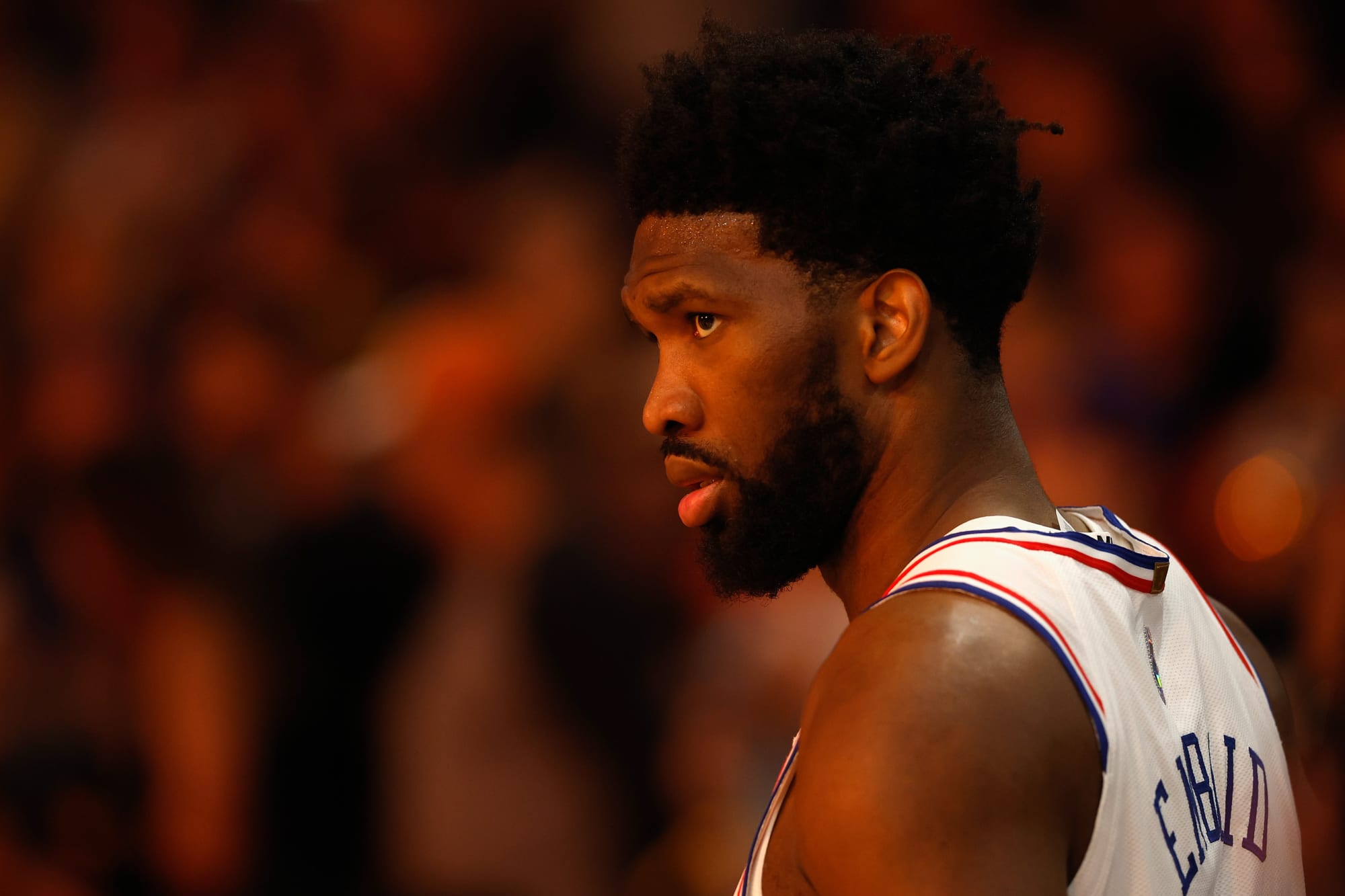 The third time is the charm so the old saying says. For the last couple of seasons, Joel Embiid has been at the top of his game and one of the best big men in the league. Even though he’s had this success, he has not been able to win the MVP award. Embiid has been runner-up the last two seasons to Denver Nuggets big man Nikola Jokic. In the two years, he’s been running up to Jokic, Embiid has had his two best seasons. In 2020-21, Embiid put up 28.5 PPG, 10.6 RPG, and 2.8 APG, leading his team to the first seed in the Eastern Conference. Last season, Embiid put up 30.6 PPG, 11.7 RPG, and 4.2 APG while playing a career-high 68 games. This still wasn’t enough to win MVP over Jokic when who was having his two best years as well.

This season is different though. The last player to win three MVP awards in a row was Larry Bird from 1984-1986. While it’s entirely possible that Nikola Jokic could win his third MVP award in a row, Jokic would only need to improve on his already impressive stats, but the Nuggets would need to finish at the top of the West. Even if Jokic could complete both of those feats, voter fatigue won’t allow Jokic to three-peat. While he’s finished as runner-up in back-to-back seasons, Embiid would as MVP would feel fresh. Many inside and outside the league argued Embiid should’ve won the award last season, but when the voting results came out, the numbers said otherwise. Having finished as runner-up two seasons in a row, Embiid has something to prove to those who voted against him last season.

While Jokic may be out of the MVP conversation simply due to voter fatigue, Embiid still has a lot of competition. One player that has been at the top of MVP betting over the last couple of seasons is Dallas Mavericks point guard Luka Doncic. Doncic had a career year last season, finishing fourth in MVP voting. The Mavericks had a rough offseason, losing Jalen Brunson, meaning more of the scoring load could end up on Luka. This may not be a problem for Luka, but this could have an effect deeper into the season. A tough Western Conference could make it hard for the Mavs to finish towards the top of the West, something that helps most MVP winners.

Another player that could Embiid a serious run in the MVP race is Milwaukee Bucks forward Giannis Antetokounmpo. Having won the MVP award the last two years before Jokic, Giannis has all the tools to win the award. The Bucks are heading into the season with a little bit of uncertainty with Khris Middleton being out. With more of the workload expected to be on Giannis until Middleton comes back, this could be both a good and bad thing for Antetokounmpo as the season goes on. Embiid has one thing that many other MVP contenders do not currently have: a clear-cut identity going into the season. The Sixers are expected to be one of the best teams in the league with a healthy Joel Embiid and James Harden, with many seeing the team winning 50+ games.

Not many arguments could be made against Embiid in the MVP race. As long as he stays healthy, Embiid will be a contender for the award. There are very few big men on Embiid’s level, something that has helped his dominance on the court. Last season’s scoring leader and top-five in rebounds, Embiid is pivotal to the Philadelphia 76ers on both ends of the court. He is truly the most valuable player on the 76ers, with Philly going 6-8 without him. Being one of the best players in the league while the Eastern Conference has only gotten tougher at the top, Joel Embiid’s quest to win the 2022-23 MVP will be his toughest challenge yet.