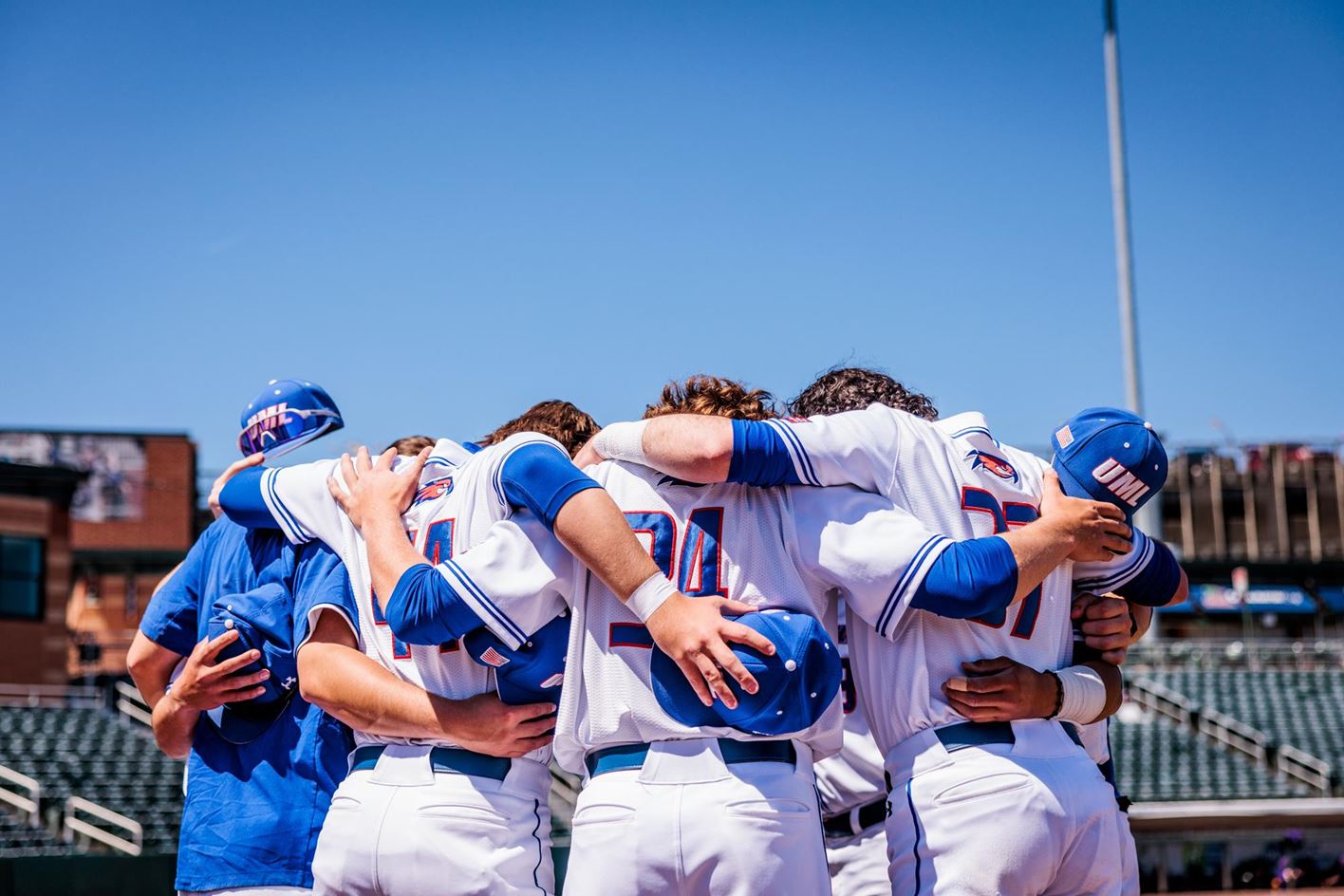 ORONO, ME. – The UMass Lowell baseball team (28-30, 15-15 AE) fell to the Binghamton Bearcats 7-1 on Saturday night in the America East Championship. The River Hawks’ historic season ends with the program’s first trip to the championship game.

Robert Gallagher drew a leadoff walk before Fritz Genther singled to third to put runners on first and second. Brandon Fish reached on a fielder’s choice and Gallagher moved to third, but both were left stranded. LJ Keevan made his postseason debut on the mound for the River Hawks and struck out one before a 6-3 double play ended the inning. With his 46th stolen base of the season in the top of the second, Jacob Humphrey broke a 25-year record for stolen bases in the America East Conference. Keevan struck out two, but a two-out single in the bottom of the second gave Binghamton a 1-0 lead.

In the third, Gallagher hit a leadoff single and then stole second to put the tying run in scoring position. The senior moved to third on a single by Fritz Genther, putting runners on the corners with no outs. Gerry Siracusa fouled out, but Gallagher came in to score to tie the game at one. Keevan threw a 1-2-3 inning to keep the game tied through three. After a scoreless fourth for the River Hawks, the Bearcats took a 3-1 lead behind a one-out, two-run double. A sacrifice fly made it 4-1 Binghamton after four.

UMass Lowell was held scoreless in the fifth inning and LJ Keevan threw another 1-2-3 inning to move the game into the sixth with Binghamton still ahead by three. The River Hawks went down in order in the sixth and the Bearcats added one run to take a 5-1 lead into the seventh. Bryggman continued to pitch well for Binghamton and threw another scoreless inning as the River Hawks left two stranded in the top of the seventh. With runners on second and third and one out in the bottom half of the inning, Matt Draper came in relief of Keevan. The freshman finished the day with four strikeouts and five earned runs in 6.1 innings. Binghamton added a pair on a single to center to take a 7-1 lead.

The River Hawks went down in order in the eighth and Henry Funaro took over on the mound for the bottom half of the inning. The graduate student struck out one in a 1-2-3 inning, bringing the UMass Lowell offense out for one last chance at the plate. The River Hawks went down in order as a historic season came to an end. Matt Draper, Fritz Genther, and Gerry Siracusa were all named to the 2022 America East All-Championship Team for their efforts during the postseason run.