Nets, Hawks, Bulls, Nuggets Eliminated; How do They Move Forward? 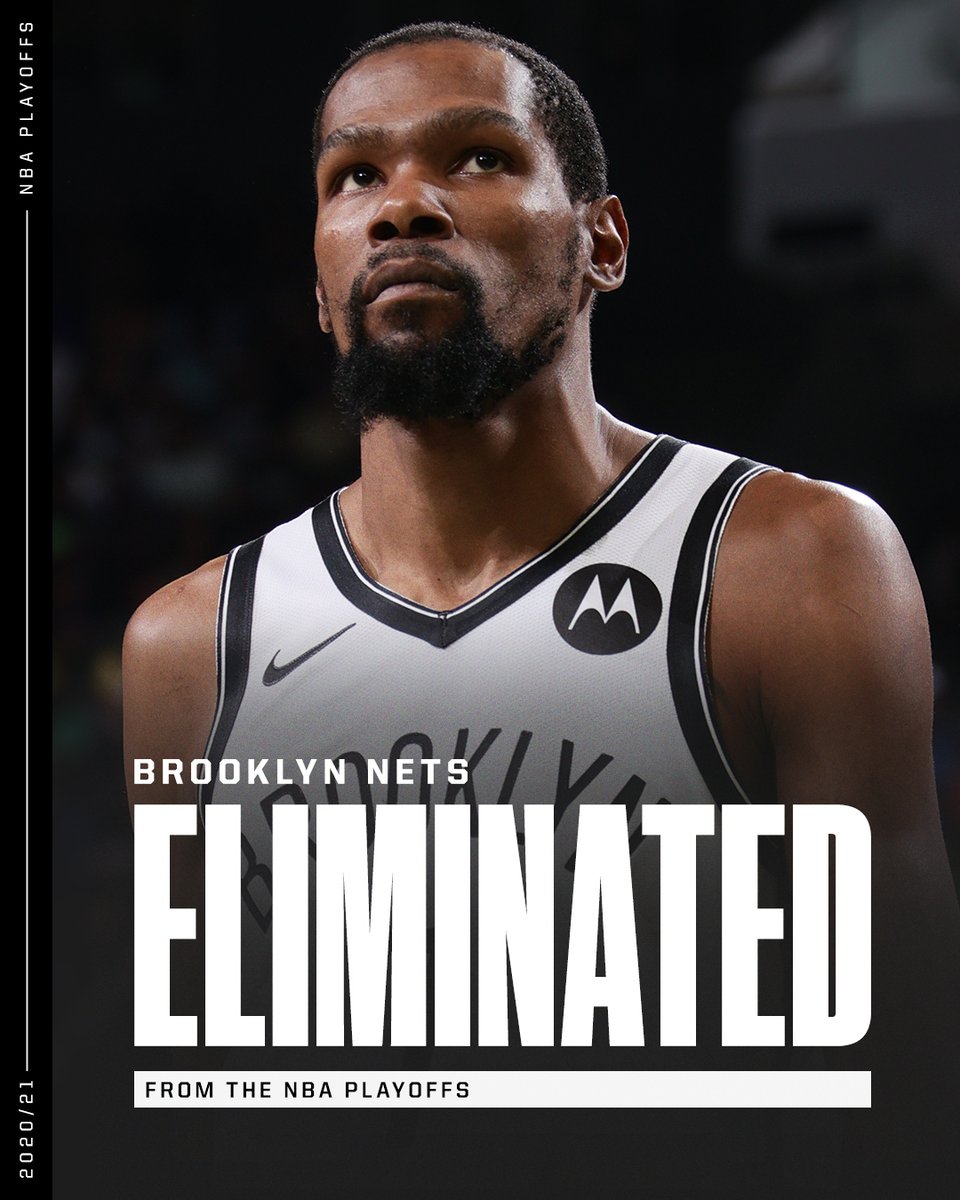 The first round of the 2022 NBA playoffs has come to an end for several teams. On Monday night, the Boston Celtics defeated the Brooklyn Nets, completely the only sweep in the first round. On Tuesday night, the Miami Heat eliminated the Atlanta Hawks, ending the series in five games. Wednesday night saw the Milwaukee Bucks and Golden State Warriors eliminate the Chicago Bulls and Denver Nuggets, finishing those series in five games. While the winners move on to the conference semifinals, the Nets, Hawks, Bulls, and Nuggets are officially in their off-season. Each team has a lot to do in their respective offseason, so the question is ‘What’s next?’

Easily the most shocking thing to come out of the first round of the playoffs, the Brooklyn Nets were the only team to be swept. Kevin Durant Averaged 26 PPG in the series, while Kyrie averaged 21 PPG. After dropping 37 in Game 1, the Celtics held Kyrie Irving to less than 20 points for the remaining three games of the series. Players like Seth Curry and Bruce Brown stepped up in the playoffs, but the team’s defense couldn’t compare to Boston’s. One of the biggest stories to come out of the playoff series was Ben Simmons, who was rumored to make his Nets debut in Game 4 but ruled himself out prior to the game. Simmons was criticized once again for not being a team player and his reputation has been all but ruined. In addition, rumors of the team already moving on from head coach Steve Nash have come up. Looking to the offseason, Kyrie will be one of the biggest free agents available. While Kyrie has noted he wants to run it back with Kevin Durant, there is no telling what decision Irving will make after what’s all occurred this season. Ben Simmons is still signed for a couple of years, so he is not going anywhere. At least six other Nets are free agents including Patty Mills, Bruce Brown, and Andre Drummond. It is expected that some of these free agents will return, but Brooklyn needs defense. Ben Simmons should be healthy by the time the 2022-23 season starts, but Simmons would not be enough to compete with the East’s best teams. When it comes down to it, Brooklyn needs to make changes asap. Kevin Durant will be a free agent at the end of the 2022-23 season and could easily leave if the team doesn’t meet expectations again.

After reaching the conference finals last year, they struggled to compete at the same level this year. The Hawks were simply outmatched by the Miami Heat in the first round, with the Heat holding Trae Young to less than 10 points in two of the five games. Young had help from teammates De’Andre Hunter, Bogdan Bogdanovic, and Danilo Gallinari during the series, but they did perform at the same level the entire series. Looking at the future of the Atlanta Hawks, it is safe to say that the only true person safe on the roster is Trae Young. There were plenty of rumors of John Collins being moved and wanting to be moved, Gallinari still has a year left on his contract worth over $20 million, and the team did not have the means to compete with the best teams in the East. The team could use a veteran and defensive presence alongside Young. If Atlanta could move on from either Collins or Gallinari, they could make a play for a valuable free agent to help move Atlanta up in the Standings.

Chicago had a rough season missing key players for chunks of time and struggling against the top teams in the league. The team sat as the first seed in the East for a portion of the season but fell apart following the loss of Lonzo Ball around the middle of the season. Zach Lavine dealt with an ongoing injury and Alex Caruso missed time due to multiple injuries. Following Chicago’s elimination from the playoffs, there are many questions about the future of the team. The biggest question is whether Zach Lavine deserves a max contract this off-season. As an unrestricted free agent, there are several teams that could be in the hunt for Zach. In addition to Zach, several players are going to be free agents including Derrick Jones Jr., Tony Bradley, and Troy Brown Jr. There have already been rumors of moving multiple players to make a play for another star, but the team needs a big man to compete with the big men of the East and three-point shooting. There is a possibility that management could decide to run the team back next season, but that may not be the best step moving forward. While the team did have a successful season overall, Zach Lavine’s re-signing with the team is the best thing that could happen to the Bulls in the offseason.

The Denver Nuggets had one of the harder seasons this year, missing Jamal Murray for the entirety of the season and missing Michael Porter Jr. for most of the season. Nikola Jokic had another MVP level season and got the team to the sixth seed but was instantly outmatched by the Golden State Warriors. Looking at the offseason, the team has several free agents including JaMychal Green, Bryn Forbes, Jeff Green, and Austin Rivers. While the futures of those players are uncertain, the team should have Jamal Murray back for the 2022-23 season. The team should also have Michael Porter Jr. back, but with his history of injuries, a suitable backup should be an offseason target in case Porter remains out for longer than expected. With Jokic in his prime, the Denver Nuggets do not want to waste his best years. Other teams in the Western Conference have gotten stronger while the Nuggets have remained in the same tier for a handful of seasons.  Jokic’s frustration with management may begin to grow if they do not improve next season.