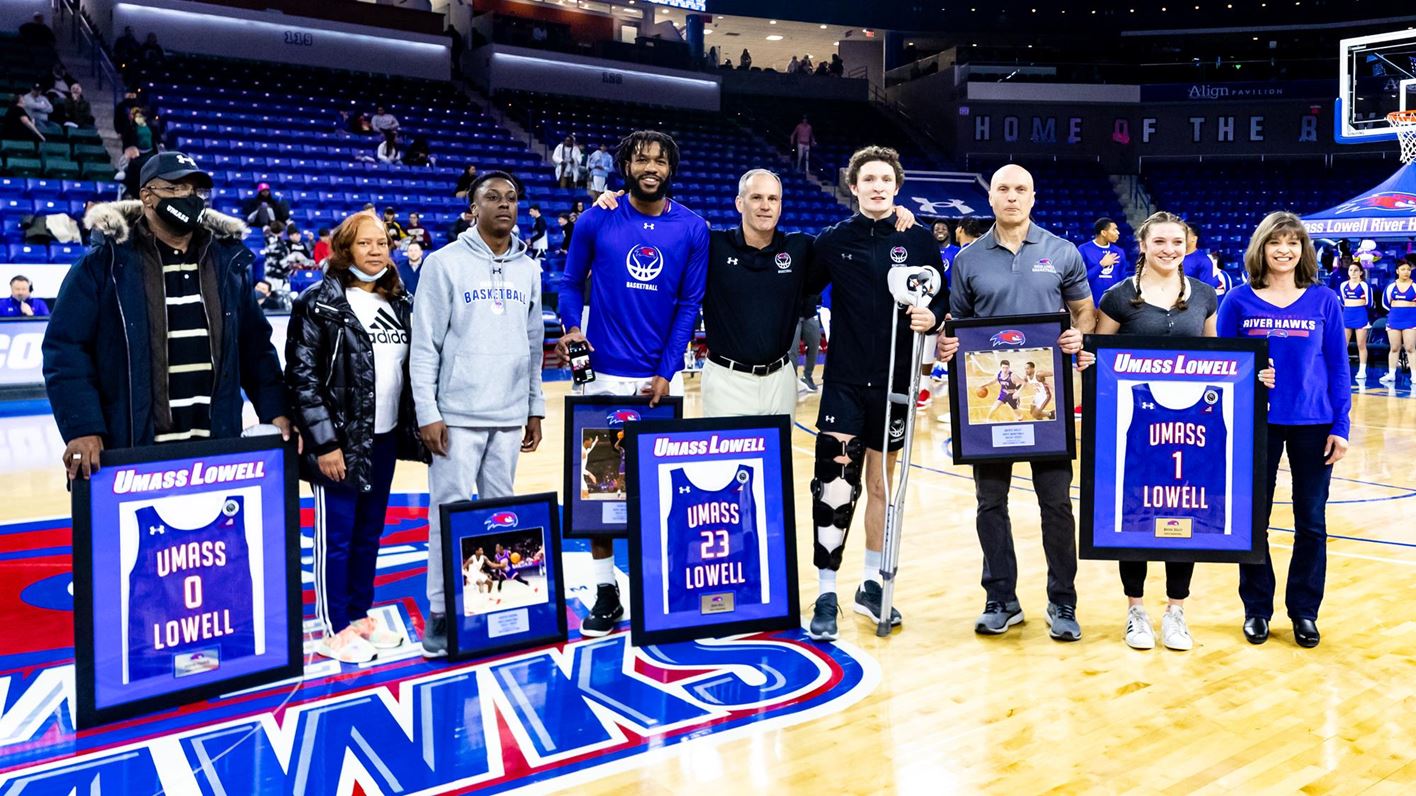 “This was a disappointing loss and not a very interesting game to be a part of or watch as a spectator,” said Head Coach Pat Duquette. “They jumped us right from the start. We let them feel comfortable and we got deflated. They were the first one to every loose ball, getting rebounds and taking balls out of our hands. They looked like a team that wanted it more. We’ve always battled them in the years I’ve been here, and we didn’t battle tonight, so that part is discouraging. I give a ton of credit to New Hampshire.”

Hikim shot 9-for-17 from the field in the contest. Sophomore Max Brooks (Waldorf, Md.) led the team with six rebounds and added four blocks, as well.

The Wildcats quickly built a double-digit margin in the opening minutes of the contest before Hikim scored three straight buckets, including a pull-up jumper in transition, to put the River Hawks within six, 16-10, with 13:19 remaining in the first half.

Less than three minutes later, graduate student John Hall (Philadelphia, Pa.) beat his man to get an open look on the wing for a triple, but UNH responded with 10 unanswered points to pull away, 31-14, at 8:46. Hikim kept fighting to the hoop for the home team, although the Wildcats would close the first on a 9-3 run to take a 43-24 margin into the break.

Hikim came out of the locker room with a vengeance, scoring the first six points of the second. A huge dunk on one end and a swat on the other by Brooks followed by a turn-around jumper from Hall kept the momentum with the River Hawks and closed the gap to 47-34 with just over 14 minutes to go.

However, UMass Lowell was unable to come any closer, as a pair of triples and a six-minute scoring drought allowed the visitors to stretch the difference in the waning minutes.

Prior to the game, Hall, Bryce Daley (Pittsfield, Mass.), and Justin Faison (Prince George’s County, Md.) were all honored in a special Senior Night ceremony.

The River Hawks will wrap up the regular season on Thursday, March 3 at Hartford in a 6 p.m. tilt.