NBA Swing: Looking Back at Five “What if?” Superteams 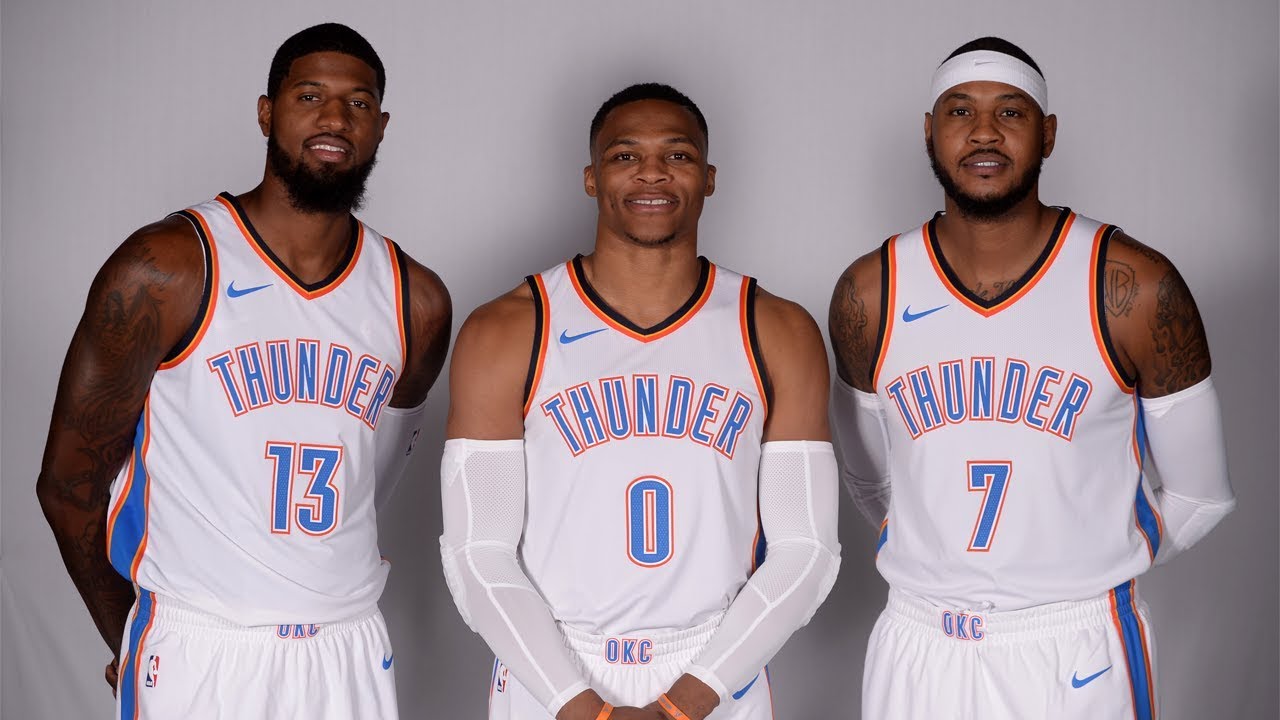 Just hours before the 2022 NBA trade deadline, a blockbuster trade was made as the Brooklyn Nets traded superstar James Harden in a package including a superstar in Ben Simmons, ending the big three team of Kevin Durant, Kyrie Irving, and James Harden. The three superstars only played 16 games together over the year they were together having a 13-3 record. In addition to the big three, Brooklyn had other former superstars in Blake Griffin, LaMarcus Aldridge, and DeAndre Jordan. The team finished second in the Eastern Conference and faced a second-round exit at the hands of the Milwaukee Bucks. This season, the big three only played a couple of games together before Durant was injured. Irving’s personal stance on vaccines and missing half of the season played a significant role in Harden’s departure. With Ben Simmons now in Harden’s place, there is no knowing what the Nets’ potential could be until Kyrie is back full-time and Simmons is back on the court. This is not the first time a superteam has ended as a “what if. Take a look back at five more “what if” teams throughout NBA History.

Almost a decade ago, James Harden was in a similar situation. After three seasons as a part of the Oklahoma City Thunder alongside Kevin Durant and Russell Westbrook, James Harden was traded to the Houston Rockets in a package for Kevin Martin, Jeremy Lamb, and several picks. Just several months prior, the Thunder were in the NBA Finals. The team would lose 4-1 but had all the potential to return to the finals during the 2012-13 season. Harden and OKC wouldn’t be able to agree on an extension and then he was gone. He quickly became a superstar in Houston and was a mainstay in the playoffs. The same could be said for Durant and Westbrook in OKC. The duo would stay together for a couple more seasons but never reached the Finals as they did with Harden. If the team had stayed together, there is little doubt they could’ve won a championship during the 2012-13 or 2013-14 season.

When Kevin Durant left OKC prior to the 2016-17 season, it was only a short time before another big three was formed. After spending the first seven seasons of his career as a member of the Indiana Pacers, superstar Paul George wanted out and was traded to OKC. In addition, OKC was able to trade for Carmelo Anthony, who had spent several frustrating years with the New York Knicks. Those two paired with Russell Westbrook, who just came off a legendary season ending with an MVP trophy. Expectations were good for the team, but they did not meet their expectations. The team finished fourth in the Western Conference with a 48-34 record but ended up losing 4-2 in the first round of the playoffs to the Utah Jazz. The team was expected to run it back, but OKC, not wanting to deal with the luxury tax, ended with Anthony being traded to Atlanta. If OKC did run it back, they would’ve faced challenges in the Houston Rockets (led by James Harden who was 2018 MVP) and the Golden State Warriors Dynasty of Steph Curry, Kevin Durant, Klay Thompson, and Draymond Green. If the team had stayed together longer, they could’ve been a threat to the Warriors and the West.

The 2003-04 Los Angeles Lakers may be one of the scariest teams ever formed. Already led by the superstar duo of Shaquille O’Neal and Kobe Bryant, the team saw several other superstars added to the roster. After spending most of their careers with the Seattle Supersonics and Utah Jazz respectively, the Lakers added Gary Payton and Karl Malone. The team also had a former champion in Horace Grant coming off the bench. This team was coached by Phil Jackson, who led the Lakers to championships in three of the last four seasons after coaching the Chicago Bulls dynasty. Unfortunately, this team had many problems. Karl Malone missed half of the season, Payton’s scoring dropped off, and tensions were growing between Shaq and Kobe. This team would end up losing in the NBA finals 4-1 to the Detroit Pistons. Malone retired at the end of the season, Payton was traded to Boston, and Shaq was traded to Miami. Shaq and Kobe already accomplished a lot together, winning three championships. If Shaq and Kobe had not broken up, it is highly likely that they would’ve won several more championships with Malone and Payton alongside them.

A handful of years later and a new era of basketball, the Lakers were in a similar position. After winning the NBA championship two last 4 seasons, the Lakers were looking to get back to the finals. Already having Kobe, Pau Gasol, the team added one of the best big men of an era in Dwight Howard and a two-time MVP in Steve Nash. This team had high expectations and many thought Nash and Howard would win their first ring alongside Kobe. Unfortunately, a lot went wrong with the team. Nash missed a huge chunk of the season (and the following season) and Kobe and Dwight clashed with one another, leading to Howard’s signing with the Rockets. The team would be swept by the San Antonio Spurs in the first round of the playoffs. If the team was fully healthy and there was no clashing, it’s possible that the Lakers could’ve won another championship before the rise of the Golden State Warriors. Fans would also have been able to see a dream finals matchup of Kobe and LeBron James.

The 1998-99 NBA season saw the end of the Chicago Bulls Dynasty, as well as a lockout, leading to a 50-game season. Two-time champion Hakeem Olajuwon was joined by a former MVP in Charles Barkley and the second biggest player of the Bulls dynasty, Scottie Pippen. In this time of basketball, the Rockets were looking like a true threat in the league. In the shortened lockout season, Houston would finish third in the West, with a 31-19 record. Pippen and Olajuwon would play all 50 games while Barkley only missed eight games. While everything was looking good for the team, they lost to the young superstar duo of Kobe and Shaq. Pippen would be gone before the start of the 1999-00 season and Barkley and Olajuwon both missed over the end of the 99-00 season (with Barkley retiring at the end of the season). With this team, the 1998-99 season was the perfect opportunity to win before the Lakers became the first dynasty of the 2000s.