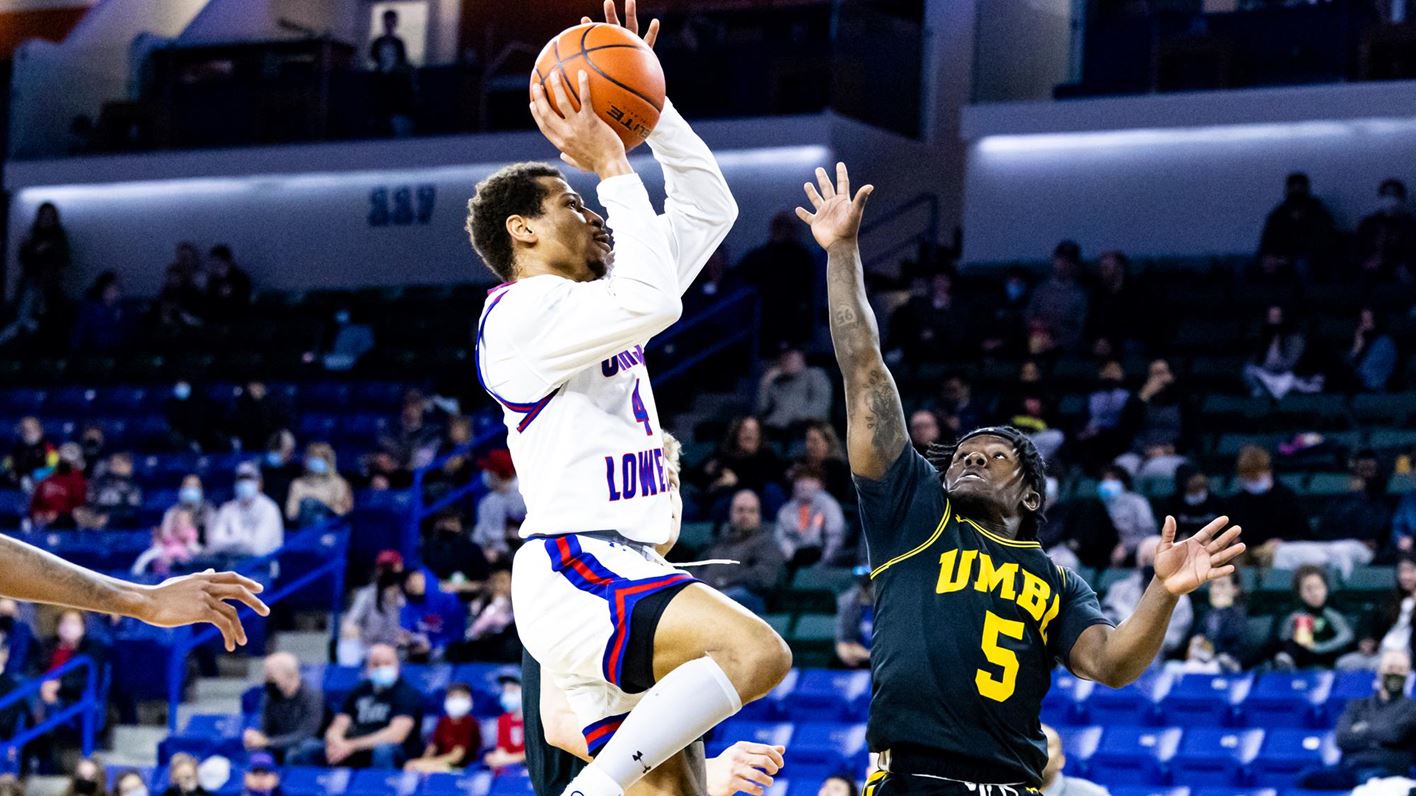 For UMass Lowell, this was their best win in America East to date, and maybe their best forty-minute performance of the season. The River Hawks (13-11, 5-7) got it done several different ways. They scored in the paint (44 points), off the bench (27), and held an 11-0 advantage on fast break points. They placed four in double figures on their way to an 88-71 victory over UMBC. The win snapped the six-game winning streak that the Retrievers came to Tsongas Center with. The first time these two teams met back on Jan. 8, it was a close affair from start to finish. This one was back and forth for most of the game. There were eight ties and seven lead changes before UMass Lowell broke away in the second half.

What coach Pat Duquette of the River Hawks was most pleased with after the game was the sixteen assists on thirty-eight made baskets. It was also the second-half defense his team executed. UMBC shot 55% from the field in the first half. From 3-point land, they were even better shooting 85%. At times during the first twenty minutes, it looked like the Retrievers could not miss. The difference was that the River Hawks were able to stay with the visitors during their hot shooting moments. Lowell was able to get Max Brooks (17 points, four rebounds, three blocks) going early in the game. He scored five of his team’s first eight points and Lowell was them down one at 9-8 with over fifteen minutes left in the half. UMBC took their biggest lead of the half behind the shot making of Keondre Kennedy (19 points, six boards) who knocked down back-to-back shots. One from deep, the other one in the paint. The 7-0 run ended on a Yaw Obeng Mensah layup in the paint. UMBC was up seven at 37-30 with 3:27 left in the half. Lowell would cut into the lead over the final minutes of the half. Baskets by John Hall, who was good again off the bench, and two from point guard Ayinde Hikim (20 points, six assists) one off a fast break the other off of a forced turnover, allowed the River Hawks to go to the locker room down three at 39-36.

The second half did not get off to a great start for the home team. First, Nathan Johnson hit a three to put his team up by six at 42-36. Then Brooks picked up his third foul with eighteen minutes left. His mates would have to pick it up while he sat on the bench for a while. But that’s exactly what happened, Allin Blunt (10 points, four assists) hit a three to give the River Hawks their first lead of the second half at 49-47. Game once again went back and forth, until UMass Lowell’s long-range game took over. A 9-0 River Hawk run got started with three-point field goals from Quinton Mincy and Everette Hammond (13 points, four rebounds). It gave the lead back to Lowell at 59-54. Mincy hit one-of-two at the free-throw line to make it a six-point lead at 60-54. Then Brooks played both ends of the floor the way a big man should. First, he blocked a layup attempt by Jacob Boonyasith, then raced down the court on the break and finished at the rim with a layup of his own off a pass from Hikim. The River Hawks were up 62-54 with ten minutes left.

UMBC tried to get back into the game as five straight points from Szymon Wojcik (11 points) got his team to within six at 65-59 with 8:55 left. Lowell restored their double-digit lead on the strength of a Hikim jumper and a Blunt three-ball. It was Lowell by 11, 70-59 with 7:47 left. Brooks put the final touches on this win with a two-handed dunk off a rebound and pass from Kalil Thomas. 76-63 River Hawks with 5:27 to go. It would stay above ten points for the rest of the game. The final score from Tsongas Center before over two thousand fans was 88-71 Lowell.

The coach called this a “great win against a good team.”He also believes his team is “better than their record.” Max Brooks talked about the help he is getting from Mincy and Hall saying they “both have been great.” UMass Lowell finished off a busy week at 2-1 and now looks ahead to a road game at NJIT on Wednesday night.