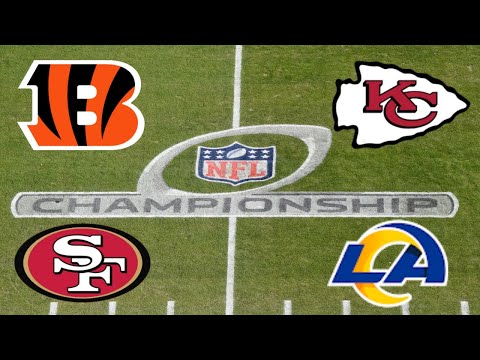 KANSAS CITY- The crowd at historic GEHA Field at Arrowhead Stadium will be very loud as the Kansas City Chiefs take on the Cincinnati Bengals in the AFC Conference Championship. The winner moves on to the Super Bowl while the loser packs their bags and heads home to wonder what if. Will Cincinnati’s “Cinderella story” continue or will the Chiefs win their third consecutive AFC Title? One thing is for sure, many underdogs had their way this time so the Chiefs must be ready for the Bengals to throw the “kitchen sink” at them. Welcome to the NFL conference championships.

The Bengals went from last place in the 2020 season to AFC North winner in 2021. This team won the wild card as expected against the Raiders then defeated the number one seed in the AFC, the Tennessee Titans. Cincinnati can win against any NFL team. The Bengals just proved that no team is too much for them to handle. Many fans can dream about the possibility that the Bengals, not the Chiefs, will represent the AFC in the Super Bowl and have a chance at winning an unlikely game to earn the Lombardi Trophy.

Will Joe Burrow lead the Bengals to the NFL promised land? Will Ja’Marr Chase, Tyler Boyd, and Tee Higgins give the Chiefs secondary a true test? Will the Bengals’ run defense show vast improvement? The Bengals have one of the most balanced offenses with their dynamic passing game and one of the best running backs in Joe Mixon. This team still must answer the call and stop the running game of Chiefs running back Clyde Edwards-Helaire.

In the other Conference showdown, the Los Angeles Rams take on the NFL’s other “Cinderella story”, the San Francisco 49ers. These two teams have fearsome defenses but can score points at will too. Rams quarterback Matthew Stafford is in his comfort zone. Stafford achieved a level of success that was too difficult to come by in Detroit. Perhaps this is his moment to finally advance to the Super Bowl with a golden opportunity to lead his team to win it all.

On the other side, the 49ers showed what level of defense they were capable of by limiting the electric Packers offense led by the dynamic trio of Aaron Rodgers, Aaron Jones, and DeVante Adams to 10 points. If that gives an idea of how good this defense is, it could be a long day for Stafford and the Rams offense. San Francisco has a nice duo with quarterback Jimmy Garrapolo and receiver Deebo Samuel. This duo will test Aaron Donald and the Rams defense.

NFL: Which quarterbacks have taken the NFL by storm this season?