Good news for fans of the Atlantic Coast Conference. League play is back and will be with us for the rest of the season. The non-conference portion of the year is over. Time for what most people believe is the real season of hoops. The big story is the rapid advance of the virus and how it may impact how the league season is played out. The original idea was that any team that could not play their scheduled game because of the virus would have to forfeit that game. It would count as a forfeit loss for the team infected, and a win for the team that was not. However, late on Wednesday, December 22, that rule changed. The ACC will now allow games to be rescheduled because of the virus. This would seem like a fair and good decision made by the league. It is the hope of everyone that the schedule of all teams gets played out the way they have been planned. Here is what else is going on in the ACC.

Georgia Tech (5-5, 0-1) may be struggling a bit out of the gate. However, there is one member of the team that is putting together a career year to date. Senior guard Michael Devoe is currently carrying a career-best in points at 22.4 a game, rebounds at 5.1, and assists at 3.4 a game. Devoe’s points per game have him ranked #2 in the nation as well as #1 in the league. He also leads the league in 3-point FG percentage at .509% (27-53). The 27 makes have him second in the conference. His 35 minutes a night is fourth in the league in minutes played. The Yellow Jackets need everything he can give them as they begin the week on a four-game losing streak.

The Clemson Tigers (8-4, 0-1) have been a pretty good perimeter team over the first two months of play. Their 3-point FG field goal percentage of 41.4% has them fifth nationally, and first in the conference. Al-Amir Davis is one reason why the percentage is as high as it is. He is third in the league in percentage at .435% (30-69), and the 30 makes ranked him third in 3-point makes. The Tigers are fourth in scoring margin at +9.42. They are also second in the league in assists with 179 in 12 games (14.92).

Virginia (7-4, 1-0) is playing the kind of defense that gives them a chance to play deep into March. The Cavaliers are first in the league and fifth in the country in scoring defense at 55.18 a game through 11 contests. They are second in field goal percentage defense at .387% (221-571), third in blocked shots 56 blocks in 11 games (5.09 a game). Virginia’s problem has been putting the ball in the basket. They ranked next to last in the league averaging 62.91 points a game. Reese Beekman is doing his part by not turning the ball over as he ranks #1 in assists to turnovers at 3.64 (14 TO, 51 Ass.).

The Pittsburgh Panthers (4-7, 0-1) find themselves in last place as the week gets started. On Saturday, the Panthers came up with a big win over former Big-East rivalry St. John’s. Senior guard, Jamarius Burton, took care of things down the stretch. He scored 12 of Pittsburgh’s last 17 points, and eight of the last nine including the game-winning bucket with 0.4 seconds left. Burton finished the contest with a career-high 21 points. Pittsburgh has lost five of their last seven games.

The ACC Player of the Week is Wake Forest graduate student Alondes Williams. This is the second straight week for him to win the weekly honors. He is the first Demon Deacon player to win back-to-back weekly honors since Jeff Teague did it on January 12 and 19 of 2009. In victories over VMI and Charlotte, he averaged 35 points, six and a half rebounds, and five assists. He is second in the league in scoring at 21 points a night, and second in assists at 4.92 a night (59 in 12 games),

Duke’s Trevor Keels is this week’s ACC Freshman of the Week. He is the third member of the Blue Devils to win the honor so far this season. He averaged 14.7 points in three wins by Duke last week. He shot 52.9& from the field (16-of-29), his five 3-point shots, and was seven of nine from the free-throw line. The Blue Devils at 10-1, 0-1 in the league are ranked #2 in the country this week.

That is all for this week. We will be back next week with more from the ACC. 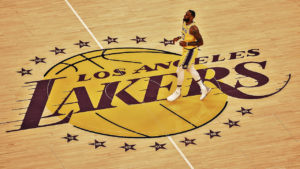 Previous post Los Angeles Lakers: Is it Time to Make a Move? 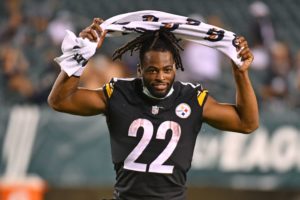