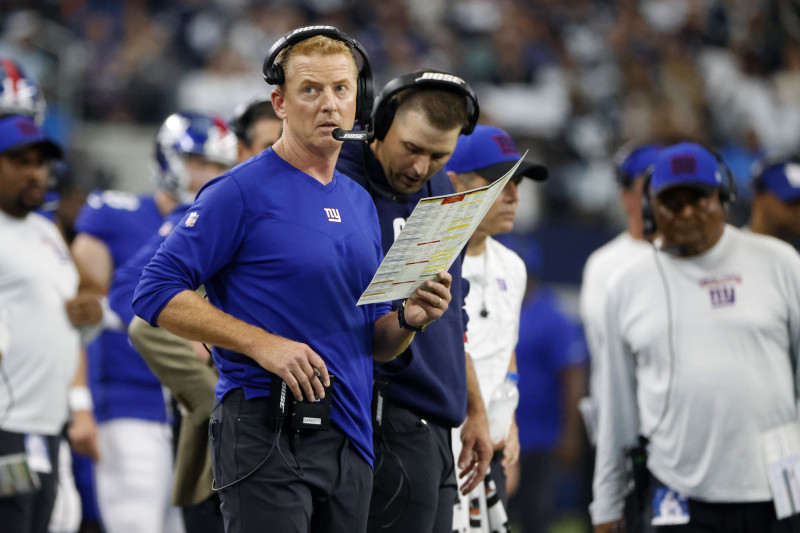 In the two seasons under Garrett, the Giants offense has been ranked 31st in 2020 and 25th in 2021 through 10 games. Averaging just 18 points per game is not good either. The team has never scored 30 points or more in his 26 games as offensive coordinator.

Let’s be honest though… the team’s biggest problem wasn’t just play-calling, it’s management. A lot of people want Dave Gettleman shot of a cannon but John Mara and Steve Tisch wanted to see things play out. With a current record of 3-7, 4th in the NFC East, and 13th in the NFC, Gettleman is very much on the hot seat. I wouldn’t be surprised if he is gone as general manager by the conclusion of the 2021 season.

Take a look at the team’s draft picks for the 2022 NFL draft currently. Five of their 11 picks are in the first three rounds, two of them are within the first 10 picks of the first round as well. You can see how the trade last draft with the Chicago Bears has helped improve the team’s draft stock which can be very appealing to any general manager inheriting a new team.

Kenny Golladay, Kadarius Toney, Kyle Rudolph, plus Saquon Barkley on paper this looks like a Super Bowl roster. The 2021 offseason additions have given the team much-needed talent but it still hasn’t produced on the field. Golladay and Toney have yet to score a touchdown. Daniel Jones has looked better when it comes down to taking care of the football but is inconsistent in his play. The Red Zone offense is the absolute worst team in the NFL when it comes to TD efficiency. New York’s 44% is even lower than last year at 46%.

The cornerstone NFL franchise is stuck with being comfortable. Mara and Tisch want to win their way and their way only. From the looks of it, Gettleman follows the same mindset. I mean just look at who they drafted 8th overall in the 2019 draft… Daniel Jones. The Eli clone walks, talks, and with the exception of his running ability plays like Eli.

In order for the New York Giants to become relevant again would be if ownership would come into the 21st Century and stop living off of past accomplishments.

A reminder that New York has two of the top 10 draft picks and Deshaun Watson is fully healthy as he continues to want out of Houston.