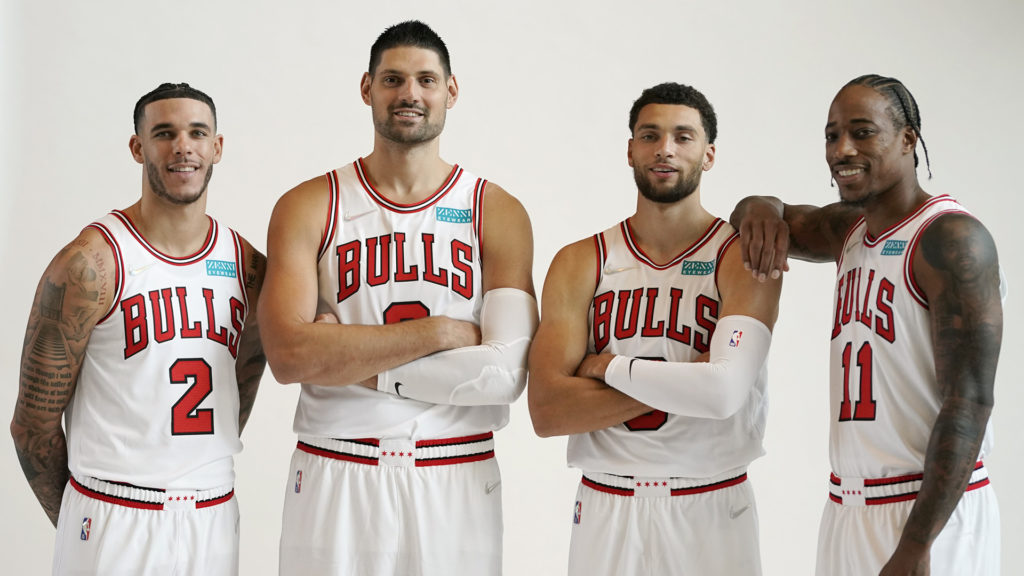 A month into the 2021-22 season, the Chicago Bulls are sitting at the top of the Eastern Conference. The last time the Bulls were the #1 seed, Derrick Rose was one of the brightest young superstars in the league and Joakim Noah was the heart of the team. Looking back to August when the Chicago Bulls signed free agents DeMar DeRozan, Lonzo Ball, and Alex Caruso, league insiders, basketball personalities, and more did not have great predictions for the Bulls. Many predicted the Bulls being in the middle of the pack in the East, having a poor defense, and not making it out of the first round. It is safe to say that only a month in, Chicago has shattered all expectations people had for them.

This is something that could be said about the 2020-21 Phoenix Suns. Going back to the bubble of the restarted 2019-2020 season, the Suns were one of the worse teams in the league for several years. An 8-0 run in the bubble led by Devin Booker, along with the offseason acquisition of superstar point guard Chris Paul, the team had improved expectations, but not great expectations. In one season, the Phoenix Suns went from a team missing the playoffs to making the NBA Finals. Booker took his play to the next level while CP3 gave the team the leadership that helped players like DeAndre Ayton and Cameron Payne grow into important players. Chicago has followed a similar path. Like Devin Booker, Zach Lavine has been the number one player on the team for several years while the team has struggled to reach past heights. While Booker got Paul, Zach got DeRozan. One of the better players at the shooting guard position, the veteran has had an MVP-like season thus far. In the 14 games Chicago has played so far, DeMar is averaging splits of 26.9 PPG, 5.4 RPG, and 4.1 APG. On Sunday and Monday’s back-to-back wins over the Los Angeles Clippers and Los Angeles Lakers, DeMar finished with 35 and 38 points, respectively while shooting 50% from the three-point line.

In addition to DeRozan, Lonzo Ball has shown much improvement from previous seasons. While is currently averaging under 13.0 PPG, he is shooting around 45% from three and has had several 20-point games over the course of the young season. In addition to DeRozan and Ball, Alex Caruso has been a huge surprise off the bench. While the former Laker is only averaging 7.5 PPG, he has had an impact on defense for the Bulls, leading the team with 2.5 SPG. Looking at other players such as Nikola Vucevic, he had a growing impact on both ends before going out due to health and safety protocols. While many assumed the Bulls would not improve much regarding defense, Chicago is currently a top-five defense.

While Phoenix was a good regular-season team overall, they did have some help during the playoffs. Key players were missing in all three rounds in the Western Conference. This year, the Bulls could see a similar situation. Brooklyn is currently missing Kyrie Irving (something unlikely to change), Philadelphia is still dealing with the Ben Simmons situation, and superstars from key Eastern Conference opponents are going to miss time due to injuries, health and safety protocols, and more. If things continue going the way they are, there is the possibility that Chicago could avoid Brooklyn or Milwaukee until the Eastern Conference Finals. They would still have to worry about a fierce Miami Heat team and there is no doubt that Chicago would take them to seven games, if necessary. They may not be considered a true contender by most, but Chicago has all the potential to be a dark horse contender this season like Phoenix was last season.