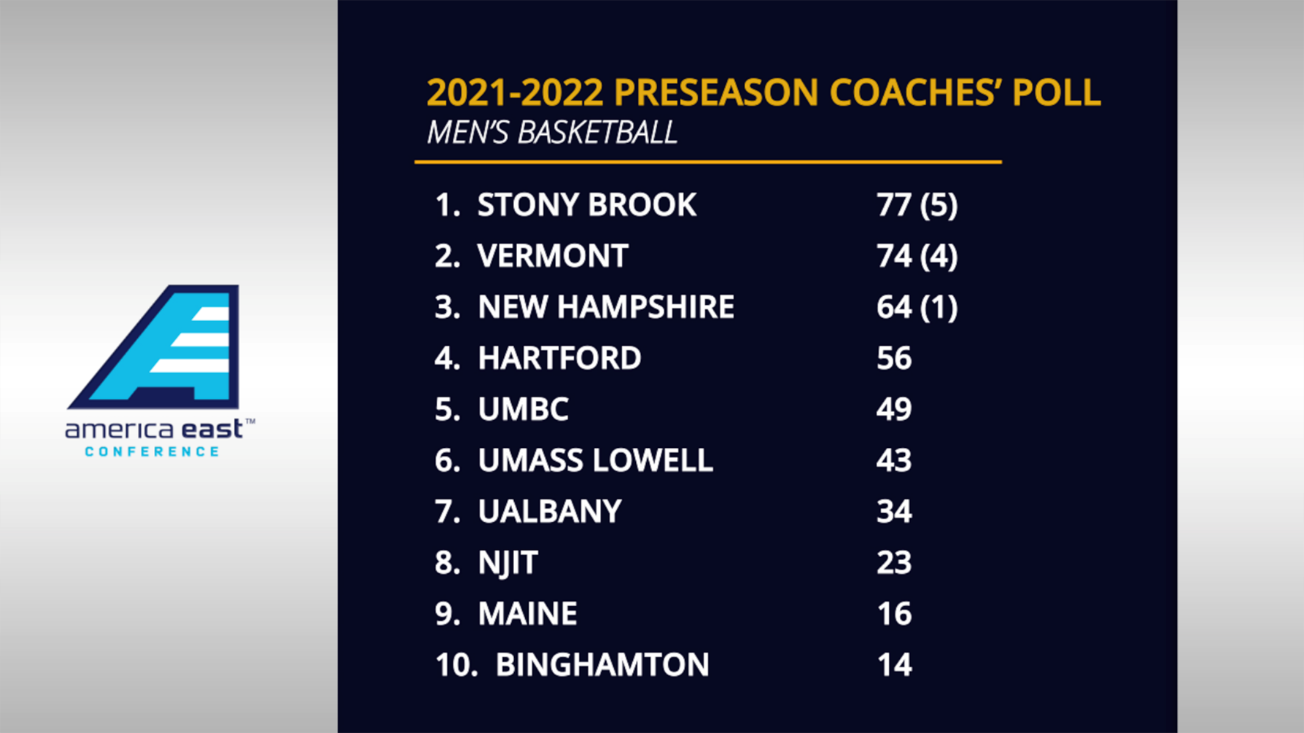 BOSTON – For the first time since the 2015-16, Stony Brook is the America East men’s basketball preseason favorite as the conference’s preseason poll and preseason All-conference teams were announced on Thursday morning. Six standouts were named to the preseason All-Conference, led by the Seawolves’ Elijah Olaniyi and reigning Player of the Year Ryan Davis from Vermont.

The Seawolves received five of a possible nine first-place votes for a total of 77 points followed by Vermont, which set a conference record by winning a share of the conference title for the fifth-straight season last year, is second with 74 points. New Hampshire earned the final first-place tally and placed third for the second-straight year with 64 points. Reigning champion Hartford rounded out the top four with 56 points. Full poll:​

Olaniyi, a two-time All-America East selection returns to Stony Brook after playing last season at Miami, and Davis are joined on the preseason All-Conference team by fellow 2020-21 first-teamer Jayden Martinez (New Hampshire) and second-teamers Nick Guadarrama (New Hampshire) and Ben Shungu (Vermont). Third-team selection and the Most Outstanding Player of the 2021 #AEPlayoffs, Hartford’s Austin Williams rounds out the team.

The 2021-22 season begins on November 9 with conference play starting on January 2. Conference positioning will again prove key for the #AEPlayoffs. After not playing in front of fans last year, every round of the #AEPlayoffs will take place on the higher seed’s home court, and earning home-court advantage will prove crucial once again.

The league champion will earn an automatic berth into the NCAA Men’s Basketball Championship, where America East teams have won nine games all-time, including UMBC’s historic upset of Virginia in 2018.

Fans will once again be able to watch every #AEHoops home game on The AE on ESPN. The majority of games will air on ESPN+ or ESPN3 while one of the five conference matchups on Jan. 6 will be nationally televised on ESPNU.

About America East: The America East provides its member schools and their athletic programs a platform upon which student-athletes can achieve both collegiate and life success through the promotion and nurturing of athletic excellence, academic achievement, and leadership, on and off the field. 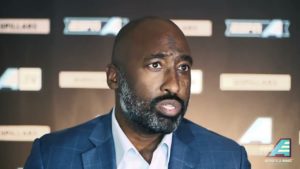 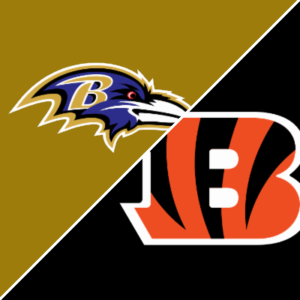 Next post Ravens vs. Bengals: The Showdown for AFC North Supremacy