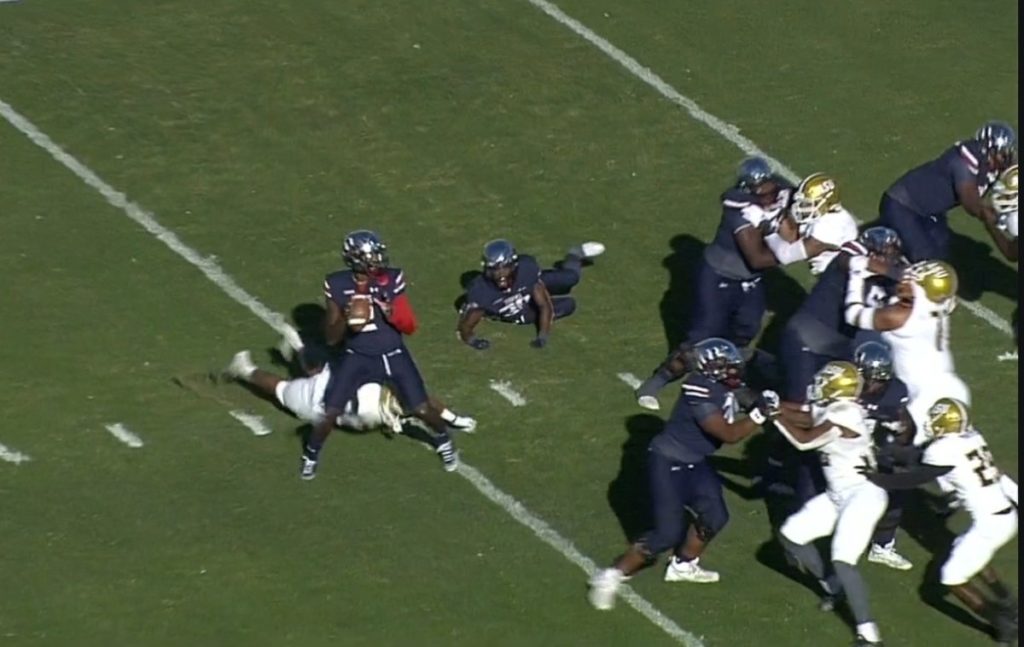 It was Jackson State’s homecoming this past week as the Hornets of Alabama State took on Deion Sanders Tigers at JSU. In front of the largest crowd in HBCU homecoming history with 53,578 fans, the Hornets laid an egg losing 28-7.

Sitting comfortably at second in the SWAC East standings with a 2-0 conference record, ASU had a must-win game right in front of them. This is the closest they have been in years to competing for a SWAC Championship. The game started out as a stalemate with both teams scoring touchdowns by the end of the first half. Myles Crawley got his second start of the season. Crawley looked to continue his dominating performance from the previous week, Hixon as well. They hooked up for a 17-yd touchdown but that was about it for the day. Crawley finished the game 9-26 for 117 passing yards and one touchdown. Through the air, it was a turnover-free game for him.

With the quarterback change came a change in playstyle as the Hornets did not run the ball as much. They had only 25 rushing attempts and 40 yards total for the day compared to Jackson State which had 149 yards on 38 attempts and two rushing touchdowns. The number of first downs gained was lopsided as well; JSU, 21 to ASU…eight. If your team can’t move the ball downfield, it makes it that much harder to get into the end zone.

Defensively, the Hornets were hanging on but with an offense not putting up any points, it makes it difficult to play both sides of the ball. Even though the game was virtually turnover-free for both teams, Alabama State had one forced fumble recovered but could not turn it into points. They were forced to punt later that drive.

Once again, Irshaad Davis led the team in solo tackles with six while adding a tackle for loss and a sack. Look for his name to keep popping up in the stats sheet and on film. The team was able to get to the quarterback this game with three sacks total with Nolan Johnson getting the other two. This might’ve been one of the few bright spots on the day for the Hornets.

Alabama State falls to 3-3 on the season and 2-2 in the conference as they head into the bye week. Their next opponent is Alabama A&M as they play for the Magic City Classic.