Ben Roethlisberger and Matt Canada have issues to rectify, and soon

After just four games into the 2021 season, the Pittsburgh Steelers (1-3) are at a crossroads.

The path this team chooses this week vs the Denver Broncos (3-1) will go a long way in determining if the team is headed for a rebound, or a fairly high draft pick next April.

The biggest issue with the team has been the woeful offense displayed. Averaging just 16.8 points per game, the problems plaguing this unit are plentiful. Roethlisberger hasn’t been given much time to throw in the pocket, nor have they given Najee Harris much room to run with. When Big Ben does have time to throw, either he is missing his receivers for potential touchdowns, or the wide-outs fail to get open or create any space. This offense has become the very definition of Murphy’s Law.

Many in the media and fan base are calling for the benching of Roethlisberger, who continues to complete the majority of his passes only a few yards downfield. The receivers are rarely hit in stride, and completing passes in the middle of the field past 15 yards has become forbidden. Roethlisberger has also rarely gone through his progressions, locking on to just the initial target like a rookie.

Then there has been the 4th down calls.

So who or what is the biggest issue, and how will it be fixed?

“To be honest, all our plays have answers in zone and man,” Canada said. “The play didn’t work, it’s my fault.”

“There were other eligibles beyond the line of gain, so yes, I had a great deal of confidence in the plays that were called,” Tomlin said. “Obviously, we’d like the outcome to be different. I’d be remiss if I didn’t compliment Green Bay and Joe Barry, their coordinator, in particular. They did a few things differently in those circumstances and created issues for us, so kudos to them. But yes, I felt good about them. No, I didn’t feel good about the result of them, and so we’ll roll the ball out and work again for preparation in those moments this week.”

Tomlin further clarified that #7 doesn’t have as much say in some of the play calls as he has his entire career.

“He has a lot of freedom in that regard, but maybe not in those moments,” Tomlin said. “Those moments are so weighty and there’s so much preparation in those moments, oftentimes, those decisions are had and thought through and discussed prior to being in them. There’s more fluidity in that decision-making and more certainty in terms of the play selection.”

Tomlin believes his quarterback is the same guy he has has his entire career as Steelers head coach, except for one attribute.

“Everything [is fixable] except mobility,” Tomlin said. “I don’t have an answer for that, or lack thereof. Ben used to be able to run really well when he was young. Those days are behind him. Other than that, I don’t see much that’s not a discussion in terms of technical alterations or quality of play that can be improved.”

Both Tomlin and Roethlisberger are well aware of the growing restlessness of the fan base.

“Ben and I have been at our jobs long enough that we know and understand what comes with it,” Tomlin said. “We love Pittsburgh, Pa. We love Steeler Nation and appreciate the passion that they have. We understand the responsibilities that come with our roles, him being the quarterback, me being the head coach.

“Often we get too much credit when things go well, and we’re always ready to absorb the negativity of our positions when things aren’t going well. That is just life for us.”

Short, sweet, and simple. Pittsburgh will not drop their third home game in a row. Some how, some way, this team will figure out a path to victory this week, especially if Ben Roethlisberger is given full control of this offense and not treated like a rookie.

The Steelers defense will be facing a wounded Broncos offense, lead by QB Teddy Bridgewater, who is questionable, but is expected to play. Bridgewater suffered a concussion last week vs Baltimore. RB Melvin Gordon III is banged up, as is receivers Courtland Sutton and Diontae Spencer. Jerry Jeudy remains on IR.

If the Pittsburgh offense can get out of its own way, the defense will take care of the rest… Steelers 20 Broncos 17

Weather at kickoff: Sunny and 75.  Winds out of the South at 7 mph.

Strengths: Is there one? Can this offense start finding any consistency at all?

Weaknesses: Offensive line and the complete lack of any type of rushing attack. The receivers rarely find a way to get open. When the receivers are open, Roethlisberger has missed them for touchdowns.

Weaknesses: DE Stephon Tuitt is still on IR. Bad tackling and lack of turnovers caused is not helping matters much this season. 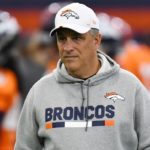 Strengths: Teddy Bridgewater has been good, but not great. He rarely makes dangerous throws that could result in a pick.

Weaknesses: The run game isn’t that special. The offensive line has given up eight sacks.

Weaknesses: Secondary can be exposed.

Scouting report: Safety Kareem Jackson leads the team with 21 tackles and has a interception. LB A.J. Johnson has 20 tackles and two sacks. Fellow LB Von Miller has 13 tackles and 4.5 sacks.

Tom Brady: Was His Move to Tampa A Successful One?