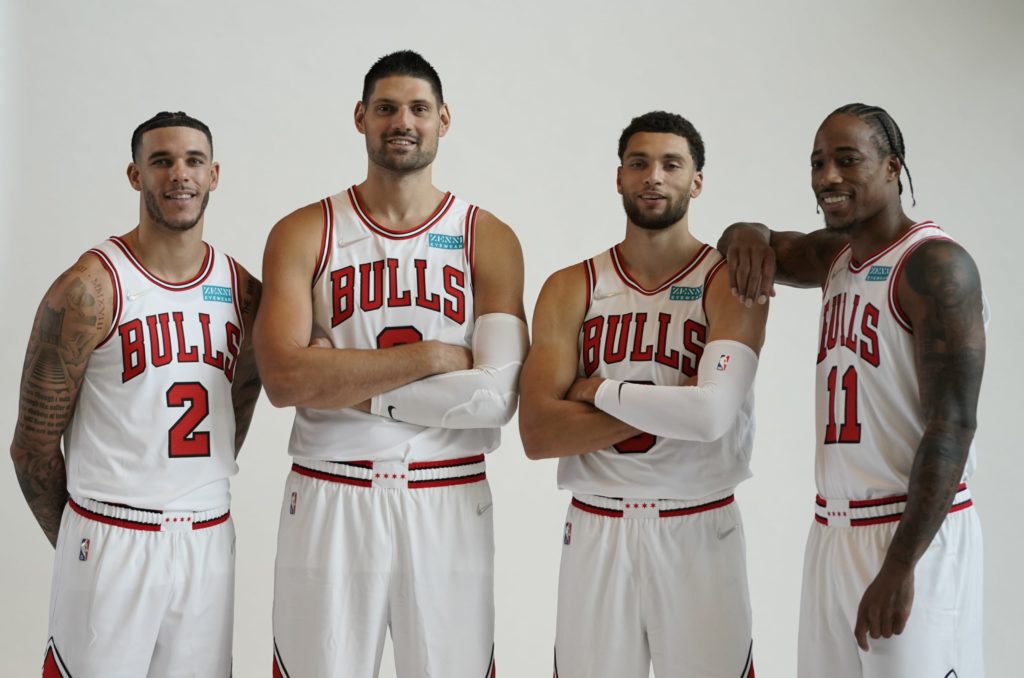 With preseason games taking place right now, we are just weeks from the beginning of the 2021-22 NBA season. During this time, fans, league insiders, and more get to look at teams and speculate where teams will land in the standings come early April. While most casual NBA fans may be looking at teams like the Brooklyn Nets, Los Angeles Lakers, and Milwaukee Bucks, team fans should look at is the Chicago Bulls. A team that has had its fair share of ups and downs over the last two decades, the Bulls look to be on the rise again after several years of being towards the bottom of the league.

Every Bulls fan can agree the team has had many ups and downs since the end of the Dynasty era of the 90s. The decade of failure that immediately followed the dynasty era, the Derrick Rose led Bulls falling apart after his ACL tear, and the last handful of years on the outside of the playoffs looking in following the Jimmy Butler trade. The Zach Lavine era of the Chicago Bulls has not been off to a great start. Four seasons in a row with less than 35 wins. That is not Lavine’s fault, as he has had little to no true help over this time. Prior to last season, the Bulls saw a much-needed change as the “GarPax” duo within management finally saw its end. With Artūras Karnišovas becoming the new Executive Vice President of Basketball Operations, the Bulls have been able to make several moves to improve the roster. The most important thing Bulls management has done is get Zach Lavine some help. This is important because Lavine is looking to get a max deal while also being on a winning team. Trading for Nikola Vucevic at the trade deadline last season was the first step in the right direction, but the duo only played a handful of games together.

NBA Free Agency helped Zach and the Bulls even more as the team was able to sign Lonzo Ball, DeMar DeRozan, and Alex Caruso. While Ball may have only averaged 14.6 points per game last season, the Bulls are giving him the chance to be a top-scoring option alongside Lavine. When looking at the team’s other free agency signings, DeRozan and Caruso are quite surprising. At 31 years old, DeMar DeRozan has not shown any signs of slowing down. He is still averaging over 20 PPG and is a constant threat from the mid-range. While Alex Caruso is entering his fifth season and only averaged 6.4 PPG last year, he could shine coming off the bench. There are still promising players that were already on the Bulls as well. Colby White will make a great sixth man this season while Patrick Williams is expected to improve in his sophomore year.

On Tuesday night, the Bulls had a dominant win over the Cleveland Cavaliers. Seven players finished the game in double figures, being led by Zach with 25 points in 24 minutes. It may only be the preseason, but this could be a sign of things to come for the Bulls. With Kyrie’s potential absence having an effect on the Brooklyn Nets and the Ben Simmons situation most likely having an effect on Philadelphia all season, Chicago could squeeze out some wins against some of the best teams in the conference. It is important to remember that the Bulls were in the playoff hunt for the majority of last season but ended up missing the play-in tournament after health and safety protocols kept Zach out towards the end of the season. With teams like the Wizards expected to fall out of the playoff hunt, the Bulls could find their way back into the postseason. Bulls fans should be excited as this young, yet seasoned team looks to reach the NBA playoffs after missing the last four postseasons.

2 thoughts on “NBA: Are the Chicago Bulls Back and Ready to Challenge the East?”