Simmons Wants Out; Could This Mean Disaster in 2021 for Philadelphia? 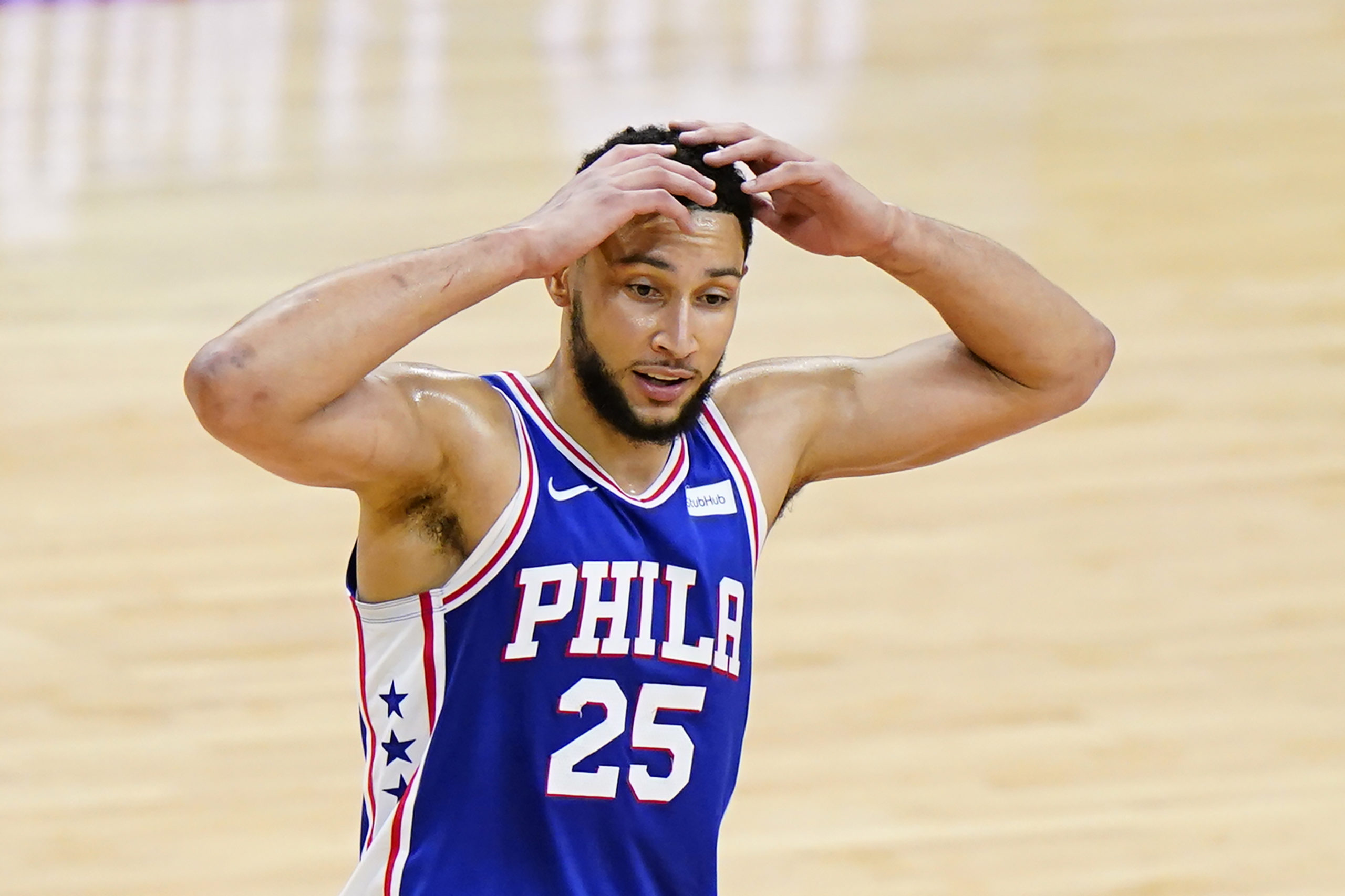 With training camps starting in less than a month, many organizations have in mind how they want their rosters to look. One team that’s not in this position right now is the Philadelphia 76ers. Since their shocking second-round exit at the hands of the Atlanta Hawks, the drama surrounding the 76ers has been public and well-known. Superstar Joel Embiid and head coach Doc Rivers throwing shade at Simmons in the press conference after Game 7, Simmons going dark on the team, and the constant rumors of Philly looking to trade Simmons. On Tuesday afternoon, the Simmons/Philly drama reached its peak when news broke of Simmons saying he wants out of Philadelphia and has no intentions of being at training camp (which starts at the end of September). In addition to Simmons wanting out of Philly, he also made it clear that he wants to play for a California team.

Right off the bat, Simmons is not going to the Los Angeles Lakers. Simmons’ current contract has him making over $30 million this upcoming season. For the Lakers to trade for Simmons, they would have to give up either Anthony Davis or Russell Westbrook, which simply isn’t happening. With most of the team being on vet’s minimum contracts, there’s no other collection of contracts and assets that would intrigue Philadelphia enough to trade for Simmons. While the Los Angeles Clippers have tradable contracts, it wouldn’t make sense for the team to trade for Simmons. Even though Simmons has a defensive presence, the Clippers still have Kawhi Leonard, who will most likely return in the second half of the season. They could try to move off a player like Serge Ibaka (among others) and look towards a small-ball lineup, but Kawhi and Paul George have both worked fine in that type of lineup.

While the L.A. teams may not be able to trade for Simmons, the other two California teams have a better chance to trade for him. Of the two remaining teams, the Golden State Warriors would probably be the more desirable team. Like the Clippers and Lakers, the Warriors are expected to be a force in the playoffs. With Klay Thompson expected to return around the New Year and Draymond Green looking rejuvenated after the 2020 Olympics, there is no doubt the Warriors could be a top team in the West. When it comes to a trade for Simmons, Warriors management could find a way to make it happen. A trade for Simmons would most likely see Andrew Wiggins going to Philly. While Wiggins has been inconsistent over his NBA career, he looks like a pivotal part of a championship team at his best. Adding Simmons to Golden State would add another piece for a small-ball lineup, as well as another defensive presence alongside Draymond Green.

The last team left would be the California team with the most to offer, the Sacramento Kings. In a trade between these two teams, it is most likely that a player like De’Aaron Fox or Buddy Hield, along with other assets, would be traded. Both players would give Philly a dependable scoring option alongside Joel Embiid while he is on and off the bench. Although a trade would have its benefits for both teams, it’s hard to say if a trade would happen due to the instability within the Kings organization. With the relationship between Simmons and the Sixers organization falling apart, it’s possible that he may not even be traded to a California team. He could shockingly end up on a team like the Oklahoma City Thunder that not only has enough cap space to acquire him, but plenty of first-round draft picks to trade back. While his name has also been linked to the Portland Trailblazers as a part of a trade for Damian Lillard, Portland has since made it clear they want to build around Lillard.

Looking to the 2021-22 season, it is almost guaranteed that Simmons will not be part of the team. With that, it is hard to speculate how the Sixers will look on opening night. The team saw few changes over the offseason, with Dwight Howard leaving for the Lakers and Andre Drummond taking his place. Philly still has a superstar in MVP runner-up Joel Embiid, but Embiid has not played a full season in the league so far. He played 51 games this past season, but his decision to not have surgery on his torn meniscus may or may not have an impact on his play this season. The team also has Tobias Harris, who is a dependable second-scoring option behind Embiid. Philadelphia’s problem may not be the roster heading into the season, but the competition that awaits them. Milwaukee will still be one of Philly’s strongest opponents in the East while a healthy Brooklyn is almost guaranteed to reach the Eastern Conference Finals at their worst. In addition, Miami has become a bigger threat with the addition of Kyle Lowry, as well as Trae Young and the Atlanta Hawks looking to shock the basketball world again.

It is likely that Philadelphia will not be the first seed in the East again. They may not even finish in the top half of the East depending on where the season goes. What is clear though is that if the Sixers want to stay in the upper tier of the East, they need to make a big move as soon as possible.