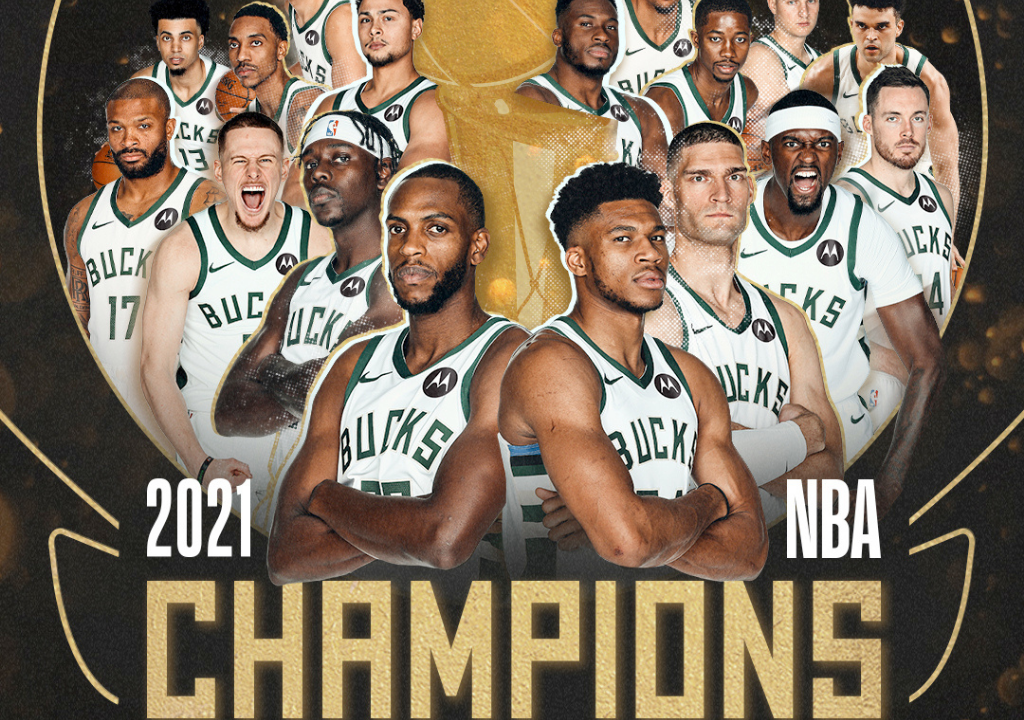 Tuesday night saw the official end of the 2020-21 NBA season as the Milwaukee Bucks won the NBA Finals against the Phoenix Suns, bringing Milwaukee its first NBA Championship in 50 years. The series started with the Suns winning the first two games in Phoenix. Milwaukee would win the next four games.

The Bucks would not have won this game and series without Giannis Antetokounmpo. In a historic and memorable performance, Antetokounmpo finished with 50 points and 14 rebounds. He finished his historic postseason run averaging over 30 points and nearly 13 rebounds. While Giannis dominated on the court, he had some help from starters and role players. He saw help from Khris Middleton who finished with 17 points, five assists, and five rebounds. He finished the postseason averaging 20 points, six rebounds, and five assists per game.

Alongside the two Bucks stars, the team saw help from several others. Brook Lopez and Jrue Holiday dropped 10 and 12 points respectively. The finals Bucks’ starter, P.J. Tucker finished with no points but pulled six rebounds. The small bench (consisting of only three active players) saw Bobby Portis drop 16 points in 23 minutes. In addition to Tucker, Jeff Teague and Pat Connaughton finished with 0 points but contributed in their own way.

On the other side of the court, several Suns players gave all they could. Devin Booker finished with 19 points. Booker dominated in Finals against the Bucks, having back-to-back 40-point games, both games being losses. In his first NBA postseason appearance, Booker finished averaging 27 points, five rebounds, and four assists. In addition to Booker, Chris Paul dropped 26 points, improving from Game 5. Paul ends the playoffs averaging 19 points and eight assists. This finals loss sees Paul loses another series in the NBA playoffs. Booker and Paul saw help from Crowder and Ayton, who finished with 15 and 12 points respectively. On the bench, Cameron Payne dropped 10 points. All other active Suns players finished with less than 10 points or no points at all.

Even though the season is over, basketball never stops. The USA Men’s Basketball team heads to Tokyo in order to compete in the Olympics. The team will be joined by Devin Booker, Khris Middleton, and Jrue Holiday with the Finals just ending. The Milwaukee Bucks will celebrate their first championship in 50 years while the Phoenix Suns look to rebuild for next season.

Looking at the already released Championship odds for next season, the Bucks have the third-best odds while the Suns have the fourth-best odds. In front of both teams sit the Brooklyn Nets and Los Angeles Lakers who have the first- and second-best odds, respectively.

While the Bucks will almost be guaranteed to reach the Eastern Conference Finals again with the potential decline of the Philadelphia 76ers, the Suns could face a bigger challenge next season compared to this season. The strong Western Conference will be stronger next season. The Suns could run into several healthy teams including the Los Angeles Lakers, Denver Nuggets, and Golden State Warriors.