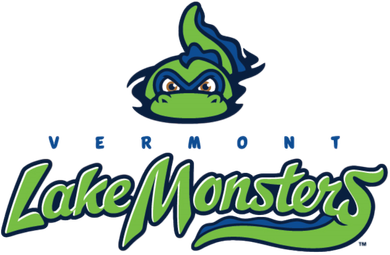 With the all-star game now over, and the East team claiming the victory, the final stretch of games in the Futures League is now what’s left before the league championship is played for. One team, in particular, is making a push to secure a spot in that series. Let’s take a look at where things stand as the final push begins in the league.

The Vermont Lake Monsters have been on a roll since before the break. They have won 13 in a row to move into second place in the league standings. Their record of 25-18 leaves them one game behind the Brockton Rox (23-14). Vermont’s last loss came on June 18 when Nashua squeaked out a 3-2 win. Since then, the Lake Monsters have been on a major roll. During their winning streak, Vermont has won six one-run games, three by shoutout, and twice have reached double-digits in runs. MJ Metz is leading the team in both home runs with four and in RBI with 23. Over his last ten games, Metz has had at least two runs batted in five of them. That is despite not going deep in any of those contests. His overall batting average of .235 does not sound like much, but his ability to be the right man at the plate in the right situation has become Hugh for the Lake Monsters. He is tied for the league lead in HR and is second in RBI.

On the bump, Vermont has a team ERA of 3.43, with nine different hurlers with two wins or more. It helps to have a couple of options at the back end to put games away. David Vail Jr. is having a terrific season in Vermont. He has not allowed an earned run in 16.1 innings of work. His walk to strikeouts ratio is good at 18 punchouts to seven walks. Vail has given up only five hits to go along with his other numbers. When Vail is unavailable, the Lake Monsters have another option in Isaiah Rhodes. He has recorded four saves in 12.1 innings pitched. His ERA is high at 5.83, having allowed 11 hits. However, strikeouts to walks are very good at 20 to 8. His high earned run average can be attributed to three outings in late June early July when he gave up a combined seven runs in 2.2 innings. Since then, he has gone five straight outings in which he has not allowed a run.

If there is one thing that could become a problem for this league it is the weather. Rain has forced the league to scramble to make sure games are played before the season comes to an end. Winning percentage will be the difference-maker in terms of who gets in and who gets left out. Doubleheaders are really something this league tries to avoid at all costs. Since July has been a wet month for sure in New England, it will be hard not to schedule at least a couple of twin bills to give everyone a fair chance at the playoffs.

The damp conditions may have also played a role in the attendance numbers league-wide. To this point, only two teams have been able to average one thousand fans per game. The recent run by Vermont has definitely put fans in the stands, They lead the league with over two thousand fans per game. The other team doing well at the gate is the defending champs the Nashua Silver Knights, who have been averaging a thousand per home date. Through 147 openings the league is putting 894 fans in the stands per game. There may be several reasons for this, weather and the virus could be the top two. This may be something that the league looks into when the season is over.

Michael Golankiewicz is having a fine year for the league-leading Brockton Rox. His average of .410 is the best in the league, and his runs batted in, a total of 25, are second in that race. His four home runs have him tied for the lead there. He has a chance at a “triple crown” type of summer. Over his last ten games, Michael has hits in seven of them (11 hits). He has struck out 17 times in 78 at-bats, which might be a little high. But he has made up for it in other ways with 22 runs scored and six stolen bases being just two of those ways.

Next week we will be back with more from the Futures League.