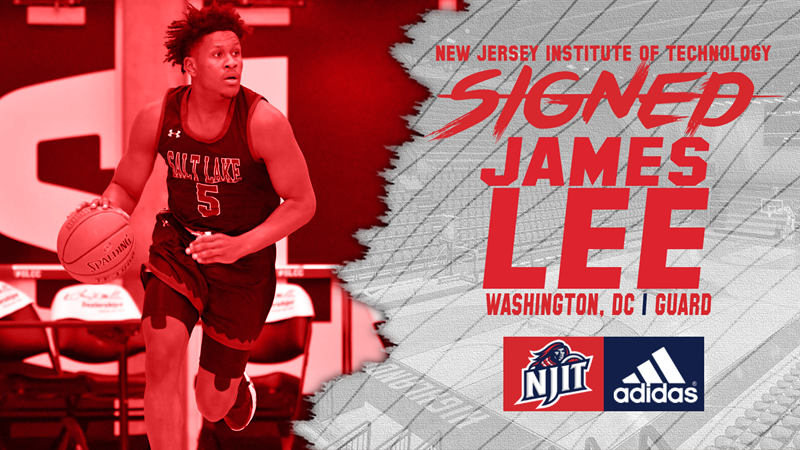 While the NJIT baseball team was competing in the NCAA baseball tournament, the Highlanders basketball program has been quietly putting together next year’s roster. Four have been added to the 2021-22 team as NJIT prepares for their second season in America East. Head coach Brian Kennedy will be on the bench for his sixth season as the Highlanders headman. It was a bit of a rough go in year one. Kennedy is hoping that with the group he is brought in, those rough days will start to become good days. Here is a look at what coach Kennedy has brought to NJIT for next season.

James Lee is a junior college transfer from Washington, D.C. The 6-4 guard played last season at Salt Lake City Community, where he helped his team to back-to-back NJCAA Division One National tournaments. Before landing at Salt Lake City, Lee was playing for Montverde Academy in Florida. Lee averaged 12.4 points, 4.8 rebounds, and 4.5 assists per game at Salt Lake City. He recorded multiple games of five or more boards, assists, and steals. James was also recognized as an NJCAA Academic All-American and 1st team region 18 performer.

Matt Faw is a graduate transfer student who started 16 games for Holy Cross last year. The 6-9 forward played in 58 contests during his four-year career with the Crusaders. Last season was his best with the Cross as he averaged 11.4 points, and 5.4 rebounds a game. Both of those numbers ranked him third on the Holy Cross stat sheet. He was the number one shot-blocker in the Patriot League with 32 blocks in 16 games, including eight in a game vs Colgate. Faw recorded 11 double-digit scoring games. His best night was on January 17 when he dropped 22 against Colgate. He scored 10 or more points in a game 34 times in his career, 23 of those coming in the last two seasons.

From overseas comes Jacob Mansson to the program. The native of Malmo, Sweden will have four years of eligibility when he arrives on campus in the fall. The 6-7 guard played one year for BC Lulea which is a top-ranked pro league in Sweden. He led his team to the U19 Swedish National Championship by averaging 17 points, seven boards, and six assists while shooting 40% from behind the arc.

Keeshawn Mason is a 6-8 forward from Shawnee, Kansas who went to Bella Vista College Prep in Arizona. After spending one year playing at the high school level. Mason averaged 15 points and nine rebounds for Bella Vista. He became the fifth player from that program to sign with a division one program this year. Kennedy likes his “combination of size and strength ” as well as his high basketball ceiling. The coach believes that Mason comes from a great basketball pedigree.

Stay right here to learn more about what’s going on in America East basketball this off-season.