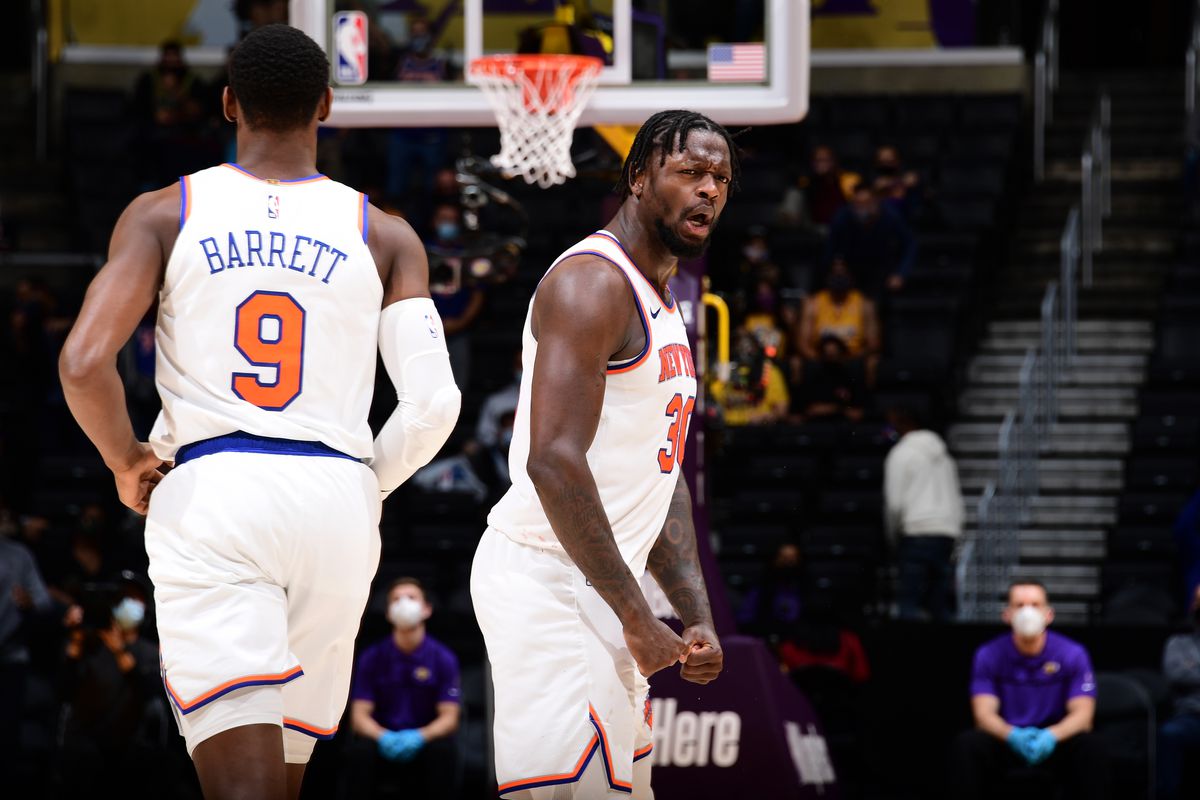 For the New York Knicks, it was a regular-season to remember. I am willing to bet not one person could have seen what was coming for the season. These Knicks were not supposed to win anytime soon and that was fine with Knicks fans like me. It had been so long since this franchise won, fans would have been happy with a 30-win season. But yet, these Knicks would give us what fans have longed for. At 8-8, after a 119-104 blowout of Golden State, this felt like a different team.

First-year head coach, Tom Thibodeau, had this team playing a different brand of ball. A defense-first ball that got this team to 19-19 at the All-Star break. After that, the team went 22-12 and finished as the four seed in the Eastern Conference. Madison Square Garden was about to host the first round of the 2021 NBA Playoffs.

We are now three games in against the Atlanta Hawks and are down 2-1. The problems are few but if they are not solved in Game 4 today in Atlanta, the season will be basically done.

Here is the thing, this deficit is not as bad as it looks. Yes, the Hawks have the advantage, but this would be a different series if the Knicks were playing like the regular season Knicks. Derrick Rose is playing lights out, but that alone will not win this series.

Let’s take a look at some of these issues.

Julius Randle just won the Most Improved Player award and is playing far from it. He is shooting just 24% from the field and can’t seem to shoot his way out of this slump. For a guy that had no issue with any shot, he now looks to pass at times when he has the open shot. Still, he is averaging nearly 15 points and 12 rebounds per game. A closer look at him will show you that he has no intention of giving up hope that he will find his shot before this series comes to a close. He has run out of time to find that shot as today is do-or-die time.

RJ Barrett has shown so much improvement over year one but he is still making rookie mistakes. His numbers are 11.3 ppg, 7.7 rpg, but he is shooting just 25% from beyond the arc. How many times in this series have you seen him make the wrong decision or take a wild shot? One has to wonder if this moment is too big for the kid or can he make the adjustment and get back to the RJ we saw all year long?

One thing is certain. If Randle and Barrett continue to play this way, the Knicks are done in five or six games.

Trae Young is Killing Them

We all know that Young is an assassin with the basketball. His ability to penetrate and create is up there with the best in the league. Against NY, he has been able to go downhill at will. When he is not throwing up his floater he is throwing alley-oops to bludgeon the Knicks. Knicks defenders must find a way to cut off the lane and make Young pull back. They must get in his face at half court and harass him through the possession. Even then, you must stay aware of his ability to get the ball to the open man. His Game 3 numbers of 21 points and 14 assists tell you he does not have to get 30 to beat you.

If the Knicks can correct these points of weakness this will be an entirely different series. They have been in every game with Randle and Barrett playing so badly. If the two of them can get their shots back by today, if the Knicks can find a way to bother Young, this series can be tied at 2-2 and the Knicks would be in great shape going back home.

Game 4 is today at 1 pm EST in Atlanta. Let’s see who wants it more.