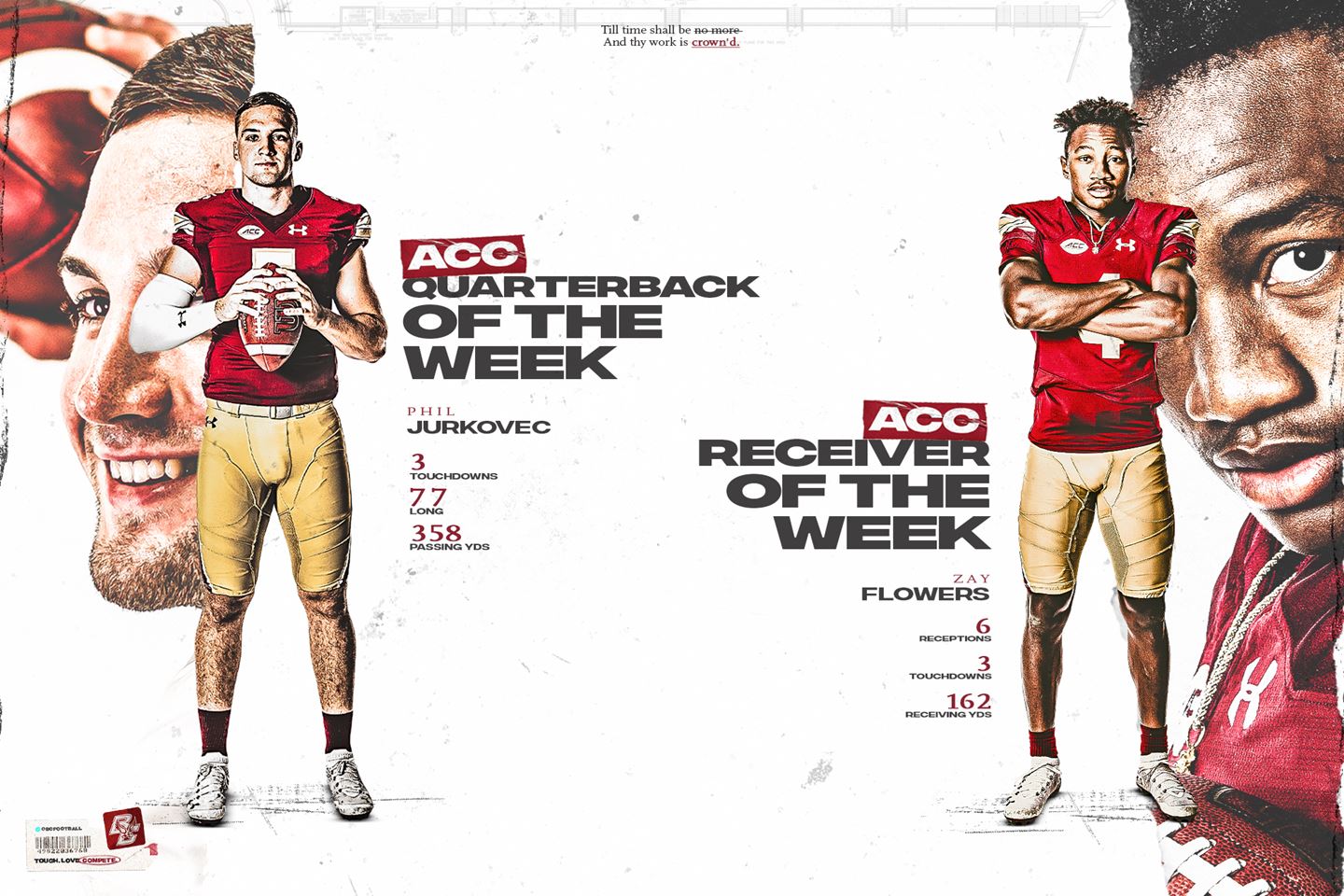 Jurkovec is just the sixth BC quarterback to be named quarterback or offensive back of the week since the Eagles joined the ACC in 2005.

Playing against the team he grew up rooting for, Jurkovec led BC to a thrilling victory over Pitt.

He finished with 19-for-35 for 358 yards with three passing touchdowns plus one rushing score. His 25-yard TD pass to Flowers in overtime and the PAT proved to be the difference.

Jurkovec also holds the record for the most completions (99) and passing touchdowns (8) over the first four games of any player in BC history.

Jurkovec is the first player in BC history to total three, 300-yard passing games in his first four career starts at quarterback and the first BC quarterback with three or more 300-yard games in a season since Chase Rettig (2012).

Flowers finished with his second 100-yard receiving game of the season with six receptions for 162 yards and a career-high three touchdowns in the Pitt win.

Flowers became the first BC player with three receiving touchdowns in a game since Kelvin Martin at Holy Cross (11/22/86). He tied the school record with five other players with three touchdown receptions. 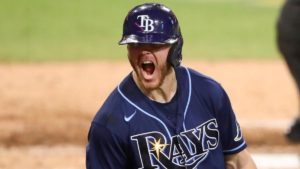