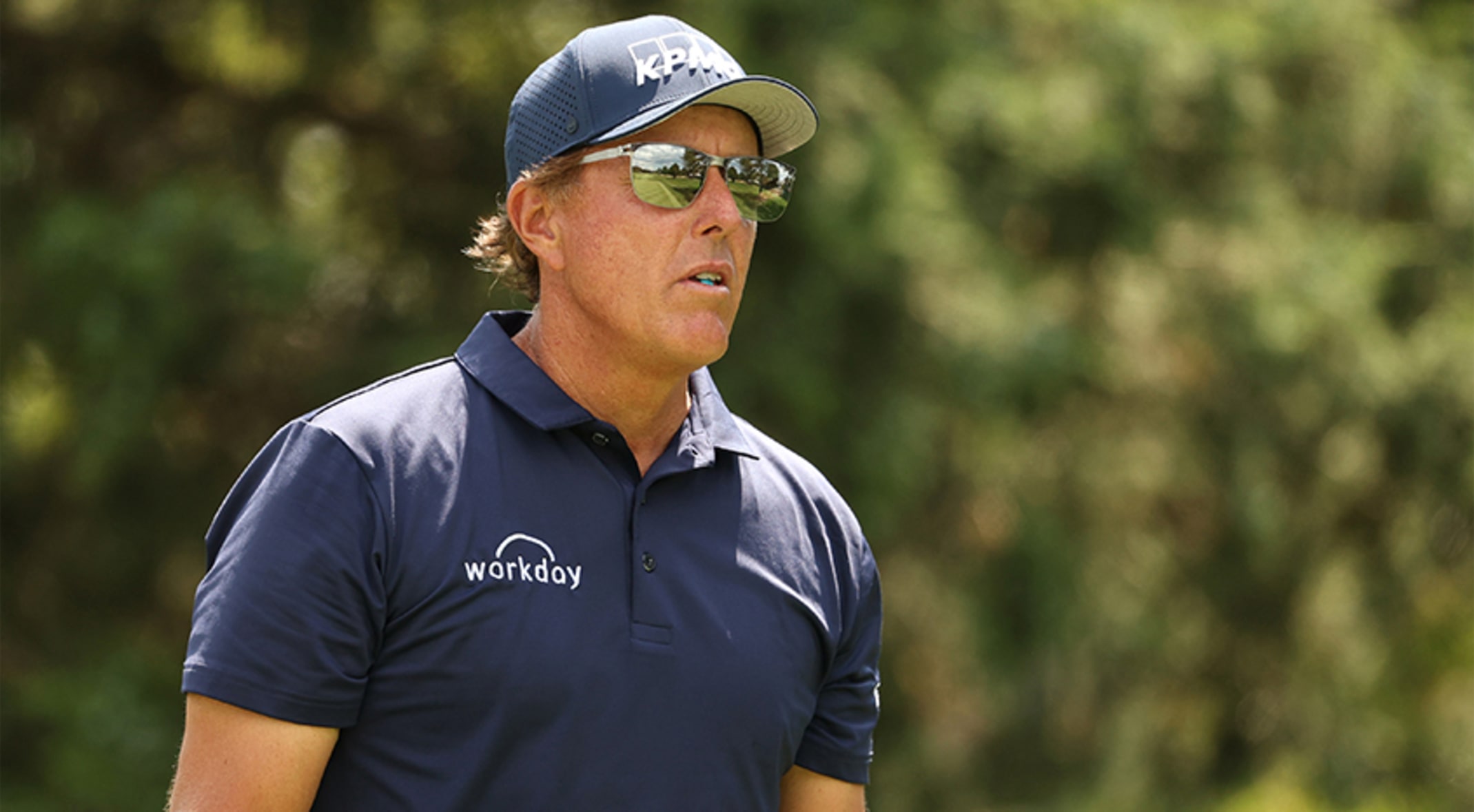 One of the top tour players has turned the tender age of 50. That player would be Phil Mickelson. Mickelson has been on tour for 28 years. He has competed in over 600 tour events. Many tour players and announcers call him “Phil the Thrill” because he is not afraid to take chances on the golf course. He takes many more chances than your average tour player. If Mickelson has a window to hit a shot through, he will take that chance. He will even go against what his caddie is telling him. His long-time caddy, Jim Bones Mackay, will tell you many stories of that happening. Currently, Mackay is a golf announcer and has retired from being a caddy on tour. Mickelson challenged Tiger Woods, but the two never had the rivalry that you had between Jack Nicklaus and Arnold Palmer had in their day.

Mickelson is one of the few left-handed players on tour and most would have to say the most successful one. Mickelson is right-handed in every other facet of his life. The reason is that when he was young, he saw himself practicing in the mirror and it showed the reverse. So, to Mickelson, it looked like he was swinging left-handed. There have been other left-handed players that have won, like Mike Weir and Bubba Watson, just to name a few. Phil also posses one of the best short games that I have ever seen. If you all do not know what a short game is, let me explain it to you. That is the area mostly around the green within a 100-yard radius. Mickelson is one of the few players on tour that carries a 64-degree wedge. With that wedge, he has done outstanding things.

Mickelson has won 44 times on tour. In those 44 wins, he has five major championships. The only major he has not won is the US Open. The closest he has come is second. That was the same point he was excepting his first child and winner Payne Stewart told him you will enjoy being a father. On top of all his success, he has made 12 consecutive Ryder Cup teams. Mickelson has also spent 25-plus years ranked in the top 50 in the world amongst the world’s golf players. The Ryder Cup is an every other year team tournament between the United States of America and Europeans. It is 12 players from each side on the European team that come from what is known as the United Kingdom. With COVID-19, this year’s Ryder Cup had been pushed back till 2021.

Phil Mickelson is still young at heart. He still has skills to win tournaments. The question that many of his fans have is will he ever win a US Open? Phil has been in some recent tournaments and has shown that he still can compete. The most recent tournament was the charity event for Covid-19. He was joined by fellow tour player Tiger Woods, NFL quarterback Tom Brady and ex-NFL quarterback and future Hall of Famer Peyton Manning. The four raised over 20 million to help with the pandemic. Mickelson was paired with Brady and Woods was paired with Manning. On one-hole, Mickelson had a chip shot and he told fellow tour player Justin Thomas how he would hit it. What he told Thomas is exactly what the ball did. Look for Mickelson to have a win or two even in an uncertain 2020 season.