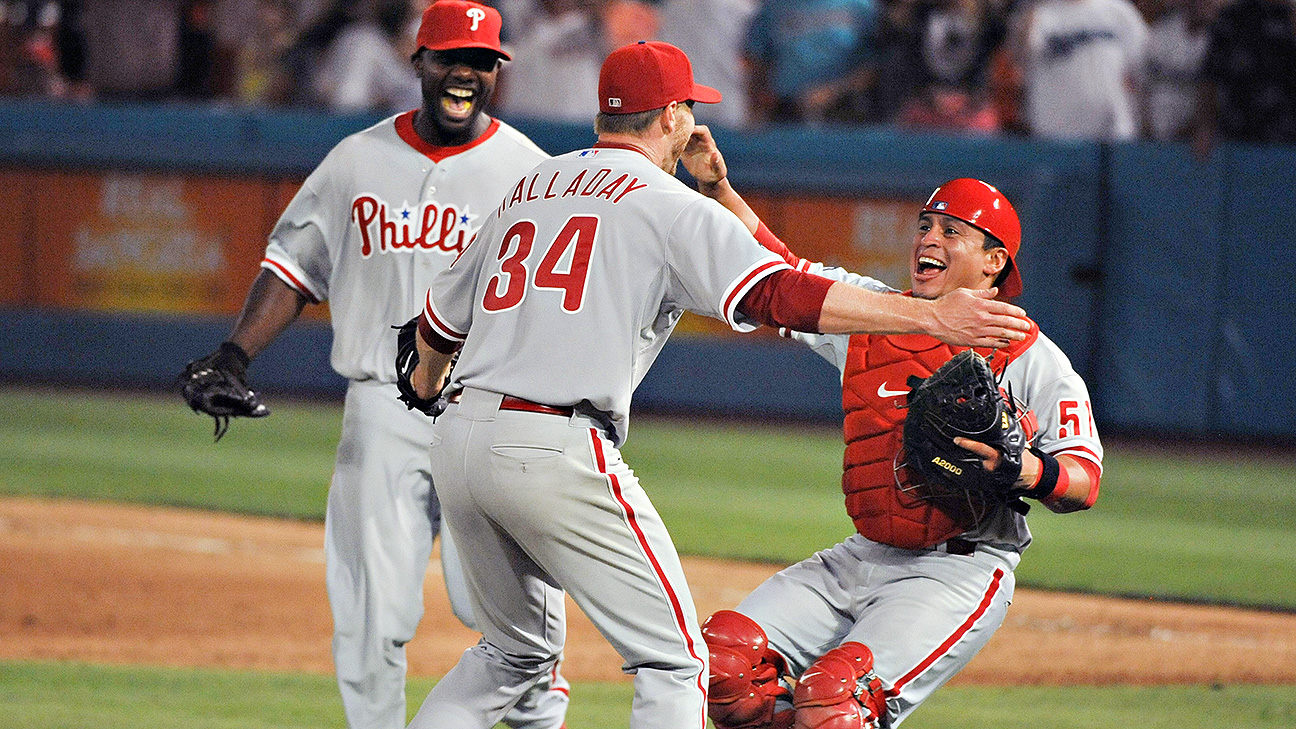 Most of us younger baseball fans knew a dominant pitcher by the name of Roy Halladay. I lived in the state of Florida and both teams that he played for, the Philadelphia Phillies and Toronto Blue Jays, both have their spring training homes here. When spring training started the fans of both of those respectable teams would mark on their calendar when he was scheduled to pitch. Even during the regular season, many baseball fans would tune in just to watch him pitch. I know I was one of them that did. He pitched against my favorite team the Boston Red Sox while with both teams. Of course, I saw him more when he pitched with the Blue Jays. He pitched 12 years in Toronto and four years in Philadelphia. Halladay had many good seasons but he had two solid ones with both teams.

In 2003, while with the Blue Jays, Halladay won 22 games with only seven losses. In 2010, while with the Phillies, he won 21 games and lost 10. In both of those seasons, he won the CY Young award. That is for the best pitchers in their league. In baseball, both the National and American league have a pitcher that will win the award. In his 16-year career, he won 203 games and lost only 105. Halladay finished with a 3.38 ERA. He appeared in 416 games and started 390 of those. He was also elected to the Baseball Hall of Fame. This honor, of course, came after he died. In 2017 he was killed in an airplane crash. See even amongst all of the success, he had issues that no one but the ones closest to him knew about.

In the last of his years, Halladay suffered from physical pain, depression, and prescription drugs. All that, as we all know, is not a great combination. During that time he spent time in rehab twice. Many of his teammates knew him as a quiet person. One of those trips to rehab is while he was still playing with the Phillies. The day his plane crashed, he was flying recklessly and had drugs in his system. The major three that were in his system were amphetamines, morphine, and antidepressants. They found other drugs as well. I think that people feel that our athletes and celebrities cannot be depressed because of their success. Unfortunately, this is not true and it can happen to anyone no matter what their status is. Many people all around the world are dealing with mental health issues.

In the end, his wife had to make his speech that all Hall of Famers get the honor to make. Halladay had not come to grips with his issues. Many say that his plane crash was an accident, others say maybe it was a suicide attempt that worked. He was the pilot in a single person plane when it crashed in the Gulf of Mexico. He crashed it just off the coast of Pasco County in Florida. People will use drugs to help subdue the pain but not to make it go away. This is where we need to try and get help so that we do not continue to have tragedies like this one was.