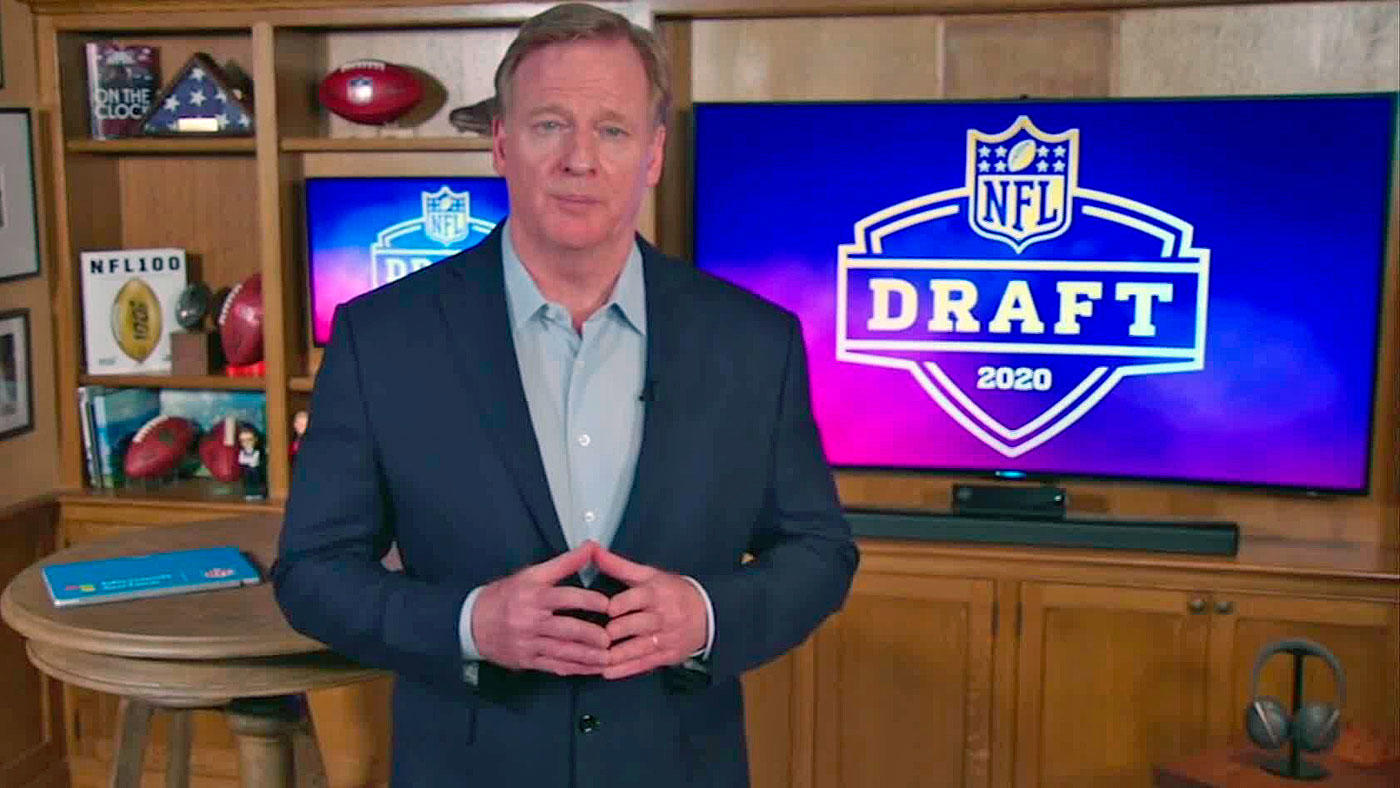 Share
Tweet
Share
Share
Email
Comments
The 2020 NFL Draft had plenty of twists and turns. The good news is there were no technical difficulties to worry about. There were also a few players that dealt with heartbreaking family tragedies. The 2020 NFL Draft was a very emotional draft.
Notable selections
First Round- 8th overall pick- Arizona Cardinals- Isaiah Simmons- Linebacker-Clemson Tigers
Did Arizona win the first round? The Cardinals selected the top defensive playmaker in the draft. Simmons really should not have fallen this far.
First Round- 10th overall pick- Cleveland Browns- Jedrick Wills- OT- Alabama Crimson Tide
The Browns continue to invest in quarterback Baker Mayfield. He needed pass protection and he got it. Can Wills succeed as a left tackle? He was a right tackle at Alabama but he protected Tua Tagovailoa’s blindside.
First Round- 17th overall pick- Dallas Cowboys- Cee Dee Lamb- WR- Oklahoma Sooners
This was a stunner. Dallas Cowboys owner Jerry Jones took over the draft decisions and landed an immediate splash player. Cee Dee Lamb will give the Cowboys another prime-time weapon to add to Amari Cooper and Ezekiel Elliott.
Intriguing Selections
2nd round- 61st overall pick-Tennessee Titans- Kristian Fulton- Cornerback- LSU Tigers
There was virtually no chance that Kristian Fulton would be available in the late second round. The Titans got a steal by selecting a first-round talent who almost lasted until the third round. Fulton will take the place of former Titans cornerback Logan Ryan.
3rd Round- 68th overall pick- New York Jets- Ashtyn Davis- Safety- California Golden Bears
The Jets have to trade Jamal Adams soon since he wants to be on another team. Drafting the hard-hitting safety Ashtyn Davis is a huge win for the Jets.
4th round- 142nd overall pick- Washington Redskins- Antonio Gandy-Golden- Wide Receiver- Liberty
Dwayne Haskins needed another big-time receiver. How about a receiver with two consecutive seasons with over 1,000 receiving yards? Haskins has to succeed with Gandy-Golden and Terry McLaurin.
5th round- 160th overall pick- Cleveland Browns- Nick Harris- Center- Washington Huskies
The Browns needed a right guard who could compete against Wyatt Teller for the starting job. After passing on Lloyd Cushenberry, Tyler Biadasz, and Solomon Kindley, the Browns had to do something. Drafting one of the top centers wasn’t a conventional draft strategy but Harris played 2017 as a Right Guard. Sounds like the Browns have a creative plan for fortifying the offensive line.
What in the World picks!
There were a few what in the world picks in the first round. Hopefully, no one fell off their chairs. Let’s go over a few of the shocking, questionable picks.
16th overall pick- First Round- Atlanta Falcons- A.J. Terrell- Cornerback- Clemson Tigers
The Falcons needed a corner but this one turned heads. A.J. Terrell did not have a first-round grade. What were the Falcons thinking?
26th overall pick-First Round- Green Bay Packers- Jordan Love- QB- Utah State Aggies
Did the Packers really need Aaron Rodgers successor already? This seems way too early to do this. He still has a few years left in his career. Love is very talented but the Packers didn’t need him.
27th Overall pick- First Round- Seattle Seahawks- Jordyn Brooks- Linebacker- Texas Tech Red Raiders
The Seahawks chose Brooks over LSU’s Patrick Queen! Let me say that again, they choose Brooks over the second-best linebacker in the draft. By the way, Queen was selected right after that by the Baltimore Ravens.
Brothers united in Detroit
Remember when the Seahawks united the Griffin brothers? The Detroit Lions did something similar after they drafted Julian Okwara in the third round. He joins his brother Romeo Okwara.
Players who went through tragedies that made fans cry
Some of the prospects went through deaths that would make any football fan cry and feel sympathy. There was a human side to this virtual draft. Here is the heartbreaking story of Penn State defensive end Yetur Gross-Matos.
Yetur Gross Matos- DE- Penn State Nittany Lions- Selected by Carolina Panthers 38th overall
Yetur’s dad, Michael Gross saved his life. He dived into the Chesapeake Bay to save Yetur from drowning. Unfortunately, Michael drowned, sacrificing his life to save his son. Michael truly loved his son and any dad who sacrifices his life for his son is a true hero and dad.
Unfortunately, Yetur went through another heartbreaking tragedy nine years later. His older brother Chelal Gross- Matos was struck and killed by lightning.
These are some of the many picks and storylines that encompassed the 2020 NFL Draft.