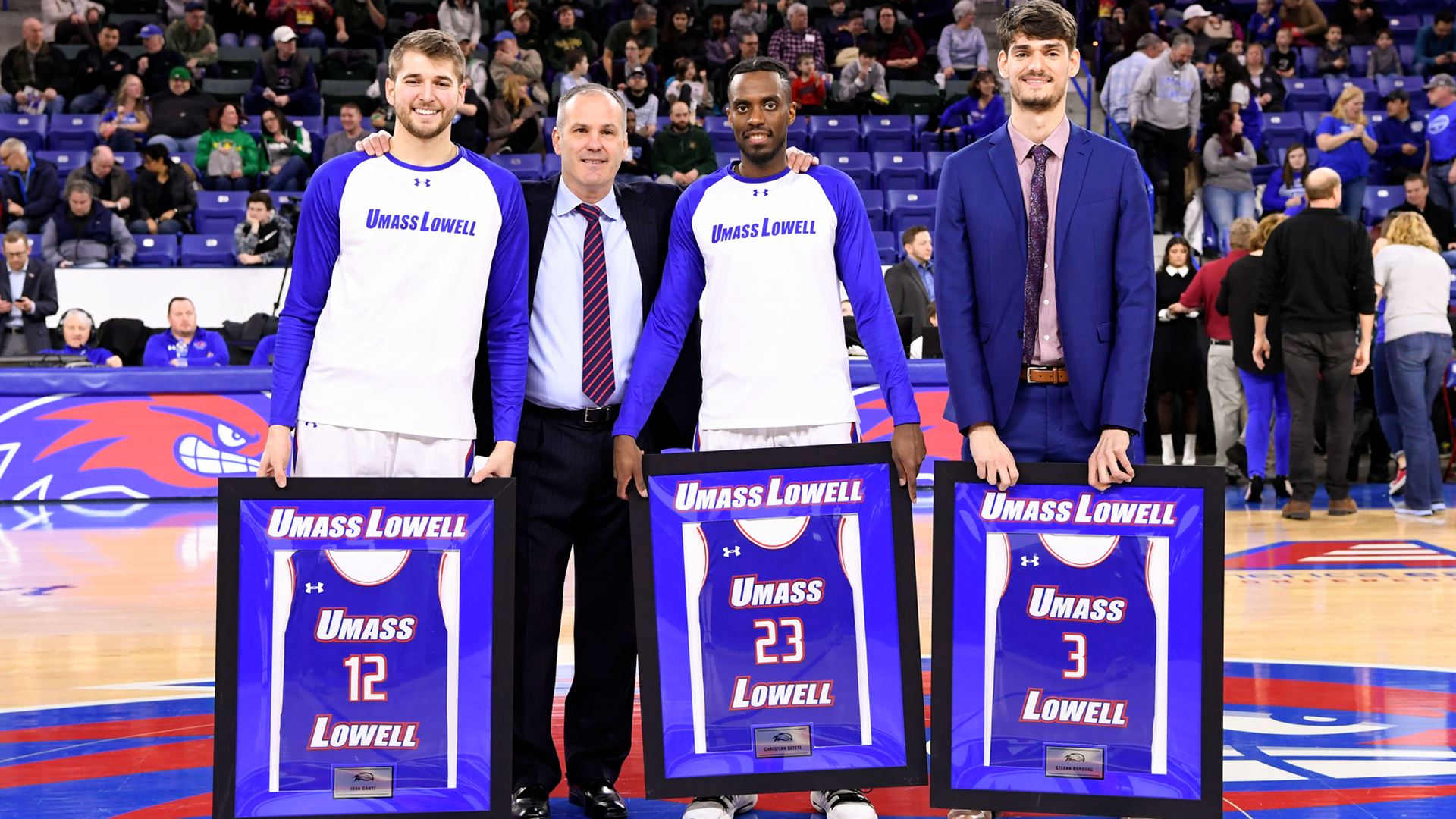 When the best team in America East plays like the best team, there is not much you can do about it. Just ask the UMass Lowell River Hawks (12-18, 6-9) who, on Saturday night, got a first-hand look at what the best team can do and looks like. The Vermont Catamounts (23-7,13-2) came to Tsongas Center to show the home folks on Senior Night and they left no doubt. Vermont stormed past the River Hawks 94-77.

To be honest, this game was over before the first media timeout of the game. The only tie of the game was on the first possession of the game, which Vermont converted into a basket. From that point on, it was all Vermont. The game started with an 11-0 run by the Cats. All eleven points were scored by the same guy, Seth Smith, who was locked in from the opening tip. He scored baskets on four of the first five trips down the floor for the Cats. He knocked down three three-point shots and a short jumper in the paint to give his team a lead they would never give back or even worry about. Smith finished the game with 17 points.

The only good news for the River Hawks came with 15:42 left in the first half. That’s when Graduate Senior Josh Gantz, hit a jumper from outside the paint and was fouled as well. He would knock down the free throw. The basket earned him 1,000 points for his career at UMass Lowell. It was the only highlight of the half, and really the game. At that point, the River Hawks were down seven at 13-6 and they would get no closer for the rest of the night.

By the time the half ended, Vermont was up twenty at 57-37. They were shooting 73% from the field (19-of-26) 70% from three-point land (7-of-10) and from the foul line they were 12-of-17, 70%. They were coming at the River Hawks in waves and could not be stopped. Adding insult to injury, their best player, Anthony Lamb, was off to a slow start scoring only seven first-half points. He would finish with a game-high twenty, but on this night he would not be needed.

The other area that Vermont was strong in was off the bench. In the first half, they would get twenty-nine points from their bench. For the game, they received a whopping 46 points. Some of those players could be starting for other teams in this league. It’s how loaded this team is. Two of those players had double figures. Freshman Aaron Deloney had 17 on 7-for-9, 2-for-3 from deep. He was also 1-of-2 at the free-throw line. Sophomore Ryan Davis had 16 on the night on 5-of-8 from the field and a perfect 6-for-6 at the line.

In the second half, Vermont pushed the lead to twenty points a couple of different times. The River Hawks could not and never did make a run that might get them back into this game. Even being in the bonus at the foul line five minutes into the second twenty minutes did not matter. Vermont was the better team in all areas and they did not mind showing it to a crowd of almost three thousand. Many of them made the trip down from Burlington, VT to watch their Cats play. The River Hawks did place three guys in double figures, freshman Connor Withers with 12 points, seven rebounds, graduate senior Christian Lutete with a double-double of 17 points, 11 rebounds (fourth of the season, first in conference), and Obadiah Noel with 14 points. He has had double-figure scoring games in twenty-nine of the thirty games played.

After the game, River Hawk head coach Pat Duquette never talked about the game. And really there was no reason to. Instead, he talked about the players and people behind the scene, that in his words “never get any limelight.” There are six in all that made their final appearance at home. Among them were three student managers who the coach let talk about their time spend with the program. The coach himself said of this group “never been surrounded by a better group of people.” It does say a lot about how this program is growing.

The River Hawk’s final regular-season game is Tuesday at New Hampshire. Then, it’s on to the America East Playoffs next weekend.